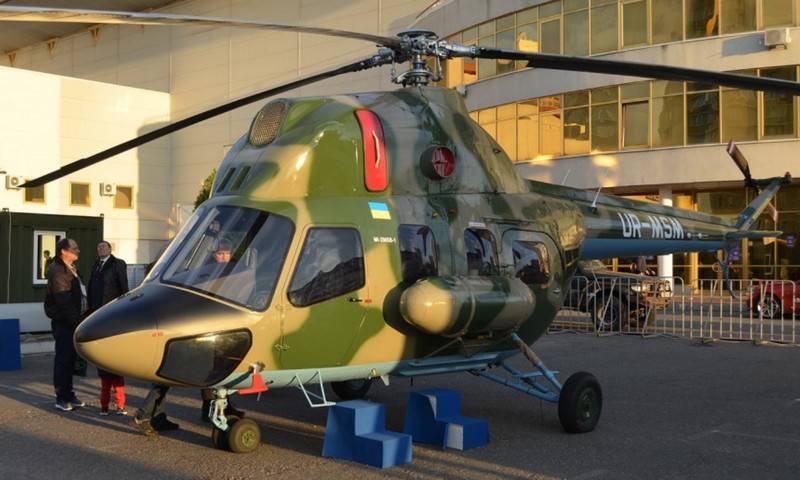 Ukrainian Ministry of Defense ordered the development of a marine helicopter aviation... According to Defense Express, the new helicopter will have to go into service with the corvettes built for the Ukrainian Navy according to the Turkish project.


The helicopter will be developed by Motor Sich, the Mi-2 is considered as the base model. For use as a naval helicopter, the helicopter will undergo remotorization and renovation, and will also receive additional equipment and mechanisms. "Total digitalization" of all systems is assumed.

Until 2023 - the creation of a helicopter for the corvette, which provides for the installation of a folding mechanism for the blades so that it can be accommodated in the ship's hangar
- said the Deputy Minister of Defense of Ukraine Alexander Mironyuk.

It is specified that the helicopter will be created in two versions - search and rescue and anti-ship. There are no other details about the project.

The newspaper itself admits that it is "rather difficult" to create an anti-ship version of the helicopter based on the Mi-2 and, as an alternative, they propose to purchase specialized Western-made helicopters or arm UAV corvettes.
Ctrl Enter
Noticed oshЫbku Highlight text and press. Ctrl + Enter
We are
List of CIA-funded Russian public organizationsThe Dangerous Future of US Strategic Forces (PetroleumWorld, Venezuela)
Military Reviewin Yandex News
Military Reviewin Google News
106 comments
Information
Dear reader, to leave comments on the publication, you must sign in.