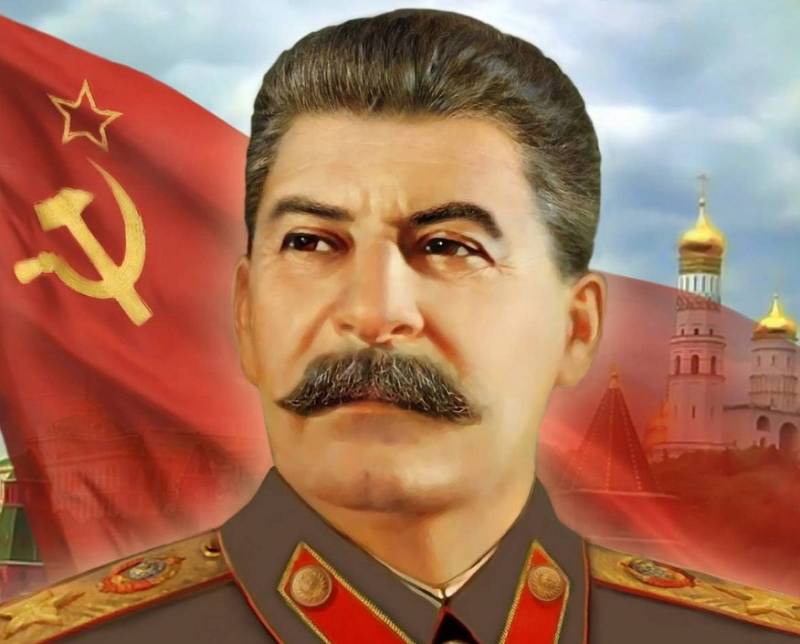 During his lifetime, Joseph Stalin was adored and hated, respected and feared. There is nothing surprising in the fact that numerous myths about the personality of the Soviet leader and his activities have appeared, and a significant part of these myths took shape already in the post-war era. Stalin died eight years after the Great Victory, and it was his death that served as the starting point not so much for the formation of myths as for their active dissemination. So, about the post-war myths.


As they would say now, Nikita Khrushchev was the frontman of de-Stalinization in the post-Stalinist Union. It is clear that he was not the only one who sought to make adjustments to the attitude of the people towards Joseph Stalin, but it was he who was destined to be the first to officially speak about the personality cult of the Soviet leader.

However, Winston Churchill, who cannot be suspected of sympathy for the Soviet Union, Stalin and communism, said a rather interesting phrase:

Khrushchev is the only politician in stories of humanity who has declared war on the dead. But not only that - he managed to lose it.
As for the myths about Stalin, they were invented and cultivated on both sides of the ideological barricades: the Stalinists did not deify the leader for little, the anti-Stalinists demonized both Stalin and his inner circle.

One of the most important myths designed to blacken the figure of Stalin was the myth that Stalin during the Great Patriotic War not only did not contribute to the approach of victory, but also in every possible way prevented talented commanders with his repressions and erroneous decisions. Stalin was accused of the fact that political repression, including the purge of the command of the Red Army in the late 1930s, led to the defeat of the Soviet troops at the beginning of the Great Patriotic War.

Almost all Soviet military leaders repressed in the 1930s, with the exception of high-ranking officials of the OGPU-NKVD system, were posthumously rehabilitated under Khrushchev. At the same time, no one really delved into whether there was real fault behind them or not. It is clear that there were also innocent convicts, but one cannot deny the fact that in the Soviet military, party and economic elite there were both Stalin's enemies and simply corrupt officials or agents of enemy influence. Fighting them in a mobilization society could only be done with tough methods.

GULAG and the fight against crime

Most of the prisoners were criminals and the so-called "household workers" - Soviet inhabitants, who were convicted of domestic crimes - from stealing grain from collective farms to drunken fights. Another thing is that, in pursuit of a frightening effect, the Soviet courts gave prison terms completely incomparable with the real scale of the convict's guilt: 7 years for stealing collective farm property. It seems like overkill today. But then, this approach allowed to establish order in the country.

On the other hand, Stalin's supporters spread a mirror myth - that thanks to tough measures, Stalin managed to defeat crime. Failed. Moreover, the Soviet underworld, the laws and orders of which still define the face of the modern criminal world, was formed precisely in the 1920s - 1950s.

The crime rate in the USSR remained high, and especially increased just after the war. That there are only well-armed gangs that traded in Soviet cities with robberies and robberies ... The level of domestic and street crime was also high. The authorities tried to fight this, and acted toughly, hence the grievances for "bending over" with the terms for the "torn spikelet". 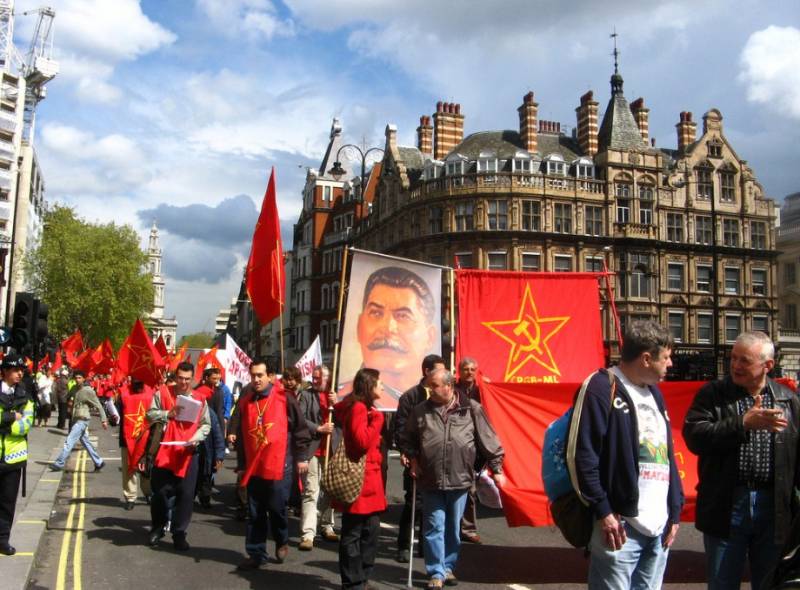 Modern supporters of Stalin. And not just anywhere, but in Great Britain itself ...

Was Stalin an anti-Semite

Another myth is about Stalin's anti-Semitism. Naturally, Stalin was not and could not be a convinced anti-Semite. All his youth passed under the banner of Marxism, he was always surrounded by a large number of persons of Jewish nationality, whose lack in the Bolshevik Party was not felt. One of Stalin's closest and loyal associates was Lazar Moiseevich Kaganovich.

Another thing is that Stalin's attitude towards the Jews became more wary in connection with their active role in the Trotskyist wing of the world communist movement. But at the same time, Stalin made a huge contribution to the very appearance of the state of Israel on the world map. True, then the fact of Israel's existence did not play a very good service for Soviet Jews: after all, any of them could claim to leave the country, which means that they became a potential object of suspicion that sooner or later he would want to leave the Soviet Union.

In general, a detailed analysis of the myths about Stalin is a very large and serious task. The most interesting thing is that in the modern media space they are trying to solve it from two sides at once - both the liberals, who hate Stalin, and the left-wing patriots, for whom he remains one of the key figures in the history of the state. Both, I must say, make many mistakes and exaggerations, which only harm a sober assessment of the contribution of this extraordinary person and, no doubt, a great statesman to the history of our country.