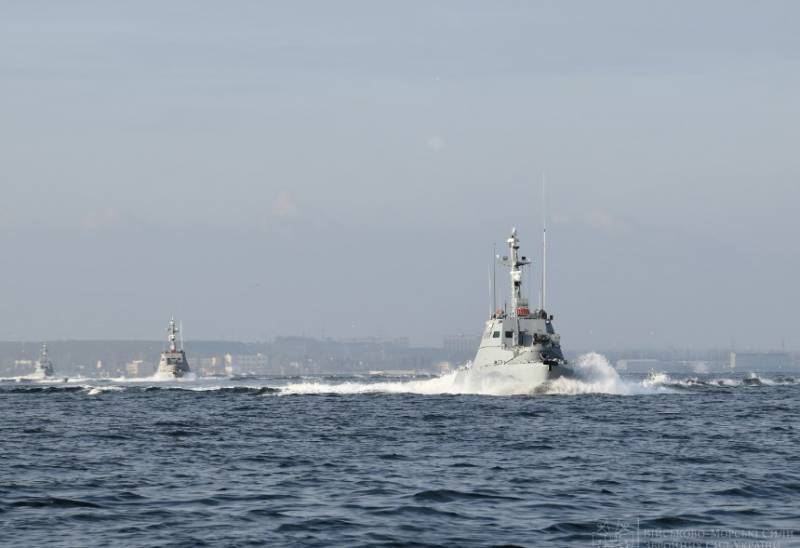 At the end of last year, Commander-in-Chief of the Armed Forces of Ukraine Ruslan Khomchak called the Ukrainian mosquito fleet "kamikaze boats", and said that Ukraine urgently needs at least four corvettes to defend against the Black Sea fleet Russia.

The idea of ​​creating a large fleet of small military boats to protect the coastal zone seems to be questioned at the highest level today. If we face the truth, then these boats are not capable of causing any serious damage to the warships of the Russian Black Sea Fleet.

But the idea of ​​a "mosquito fleet" did not appear in Ukraine out of the blue, but only because the Ukrainian budget simply does not have enough funds for anything else. In addition, in 2014, the Kiev authorities lost, along with Crimea, about 70 percent of their warships and three-quarters of the personnel of the Navy.

An ardent supporter of the idea of ​​creating a fleet of small boats was the Deputy Chief of the General Staff Igor Kabanenko, but the then Commander-in-Chief of the Navy of the Armed Forces of Ukraine Sergei Gaiduk strongly disagreed with him. This is what, in his opinion, the chances of the Ukrainian mosquito fleet against the Black Sea Fleet of the Russian Federation: it will be drowned either immediately after entering the open sea, or even earlier, right at the berths. Instead, in 2016, Gaiduk suggested that the Vladimir Veliky corvette be refined and even acquired several submarines. But dreams have remained dreams.

Soon after these fantastic statements, the Commander-in-Chief of the Naval Forces of Ukraine was removed from office and honorably retired. And in the Ukrainian General Staff, the concept of a "mosquito fleet" reigned.

Fleet of combat boats of Ukraine: dreams and reality

At the moment, the Ukrainian "mosquito fleet" is not yet as large as it was assumed. It includes six armored river missile and artillery boats of the project 58150 of the Gyurza-M class, which are not particularly suitable for military operations due to their weak armor, modest armament and little impressive sailing data. They are more suited to chase poachers than to fight with the Black Sea Fleet of the Russian Federation, which they themselves constantly declare. These are Nikopol, Berdyansk, Lubny, Kremenchug, Akkerman and Vyshgorod. 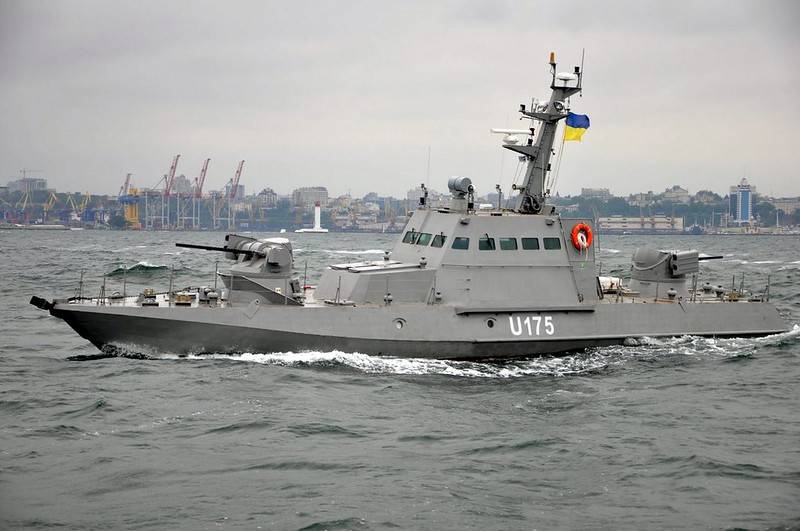 The idea was to create rocket boats of the "Lan" type, on which the anti-ship systems "Neptune" would be installed. The Ministry of Defense did not like the trial version of the boat, so it was abandoned. Perhaps because the boat turned out to be much heavier than planned. And there are no “Neptuns” in ship performance yet. 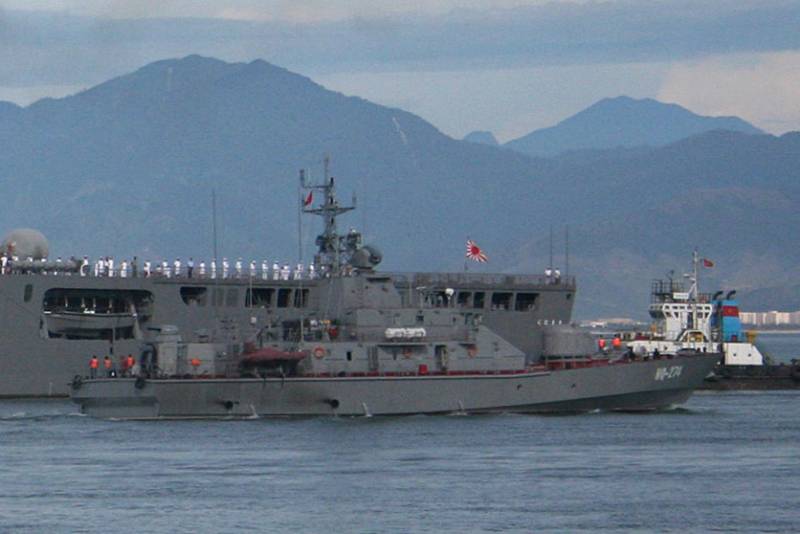 A more serious technique is the two Island patrol boats of the American Coast Guard built in the 80s, which were transferred to Ukraine about two years ago. Having entered service with the Naval Forces of Ukraine, they were named "Starobelsk" and "Slavyansk". Actually, you should not expect anything supernatural from them, but they are quite capable of coping with coastal patrols or search and rescue operations. 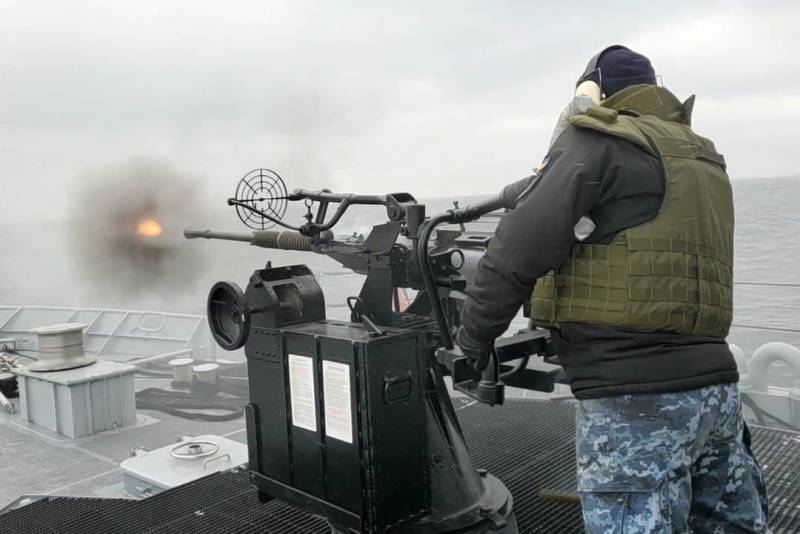 Mark VI - the hope of the Ukrainian fleet

Still, one should not look down on the Ukrainian "mosquito fleet". In the near future, Ukraine plans to purchase 16 Mark VI small combat boats from the Pentagon. They were developed in the United States only about five years ago, that is, they are quite modern technology, surpassing the obsolete "Islands" in their characteristics.

They have aluminum hulls, have a displacement of 72 tons and are equipped with a solid machine gun and cannon armament. In addition, the Mark can be equipped with grenade launchers and light anti-ship missiles. 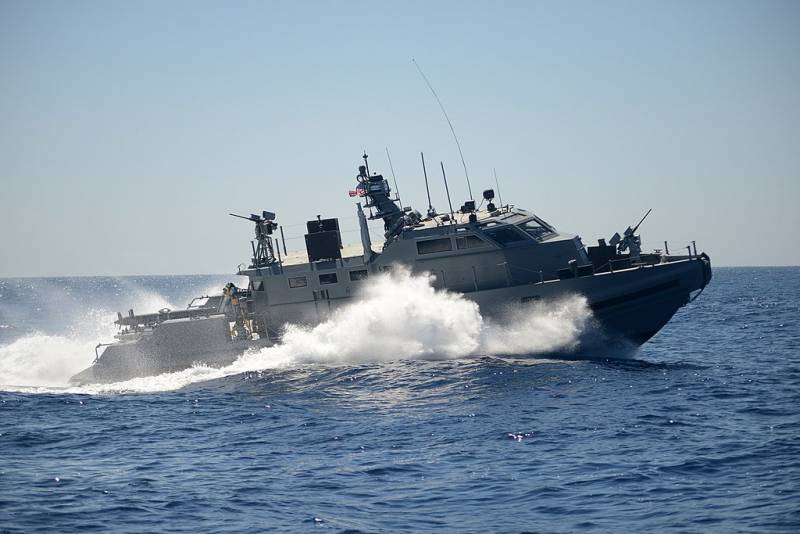 Its cruising range is 600 miles, which is quite enough for the waters of the Azov and Black Seas. It is capable of traveling at a speed of 35 knots.

In addition, it was assumed by the forces of the Kuznya na Rybalskiy shipyard, owned by Poroshenko, to establish more or less mass production of Gyurza-class boats. Now, after Khomchak's speech, it is possible that their construction in Ukraine will be abandoned, and again they will take up corvettes. 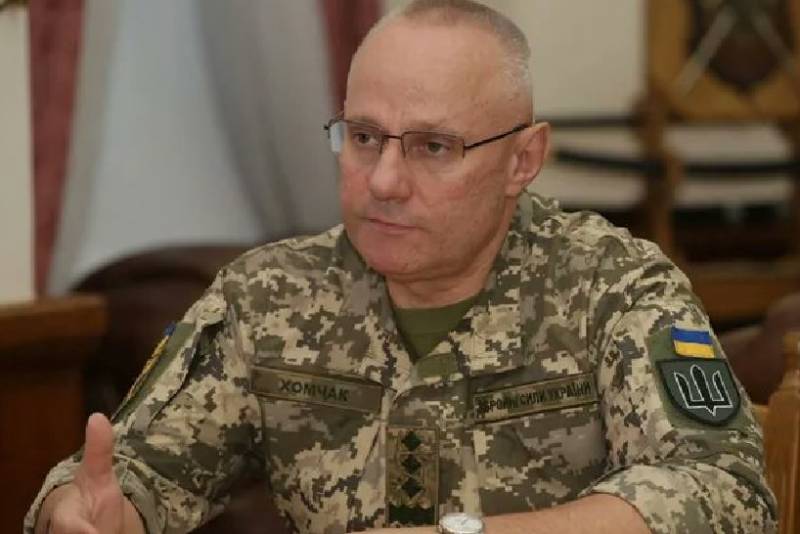