San Marino, Monaco and Andorra - this is not Europe for you

A fairy tale is a lie, but is there a hint in it?

Completing the past pandemic year, the European Union, without hesitation, extended the "Crimean" sanctions against Russia. And this was quite expected. And before that, in November 2020, Russia extended retaliatory sanctions against agricultural products from the EU.

However, Russian counters, especially in the capitals, are never empty. The threat of a real deficit exists only for cheap goods - domestic and from the countries of the Eurasian Economic Union. And what is interesting: the most diverse “corridors” still remain on the map of embargoes, sanctions and counter-sanctions. 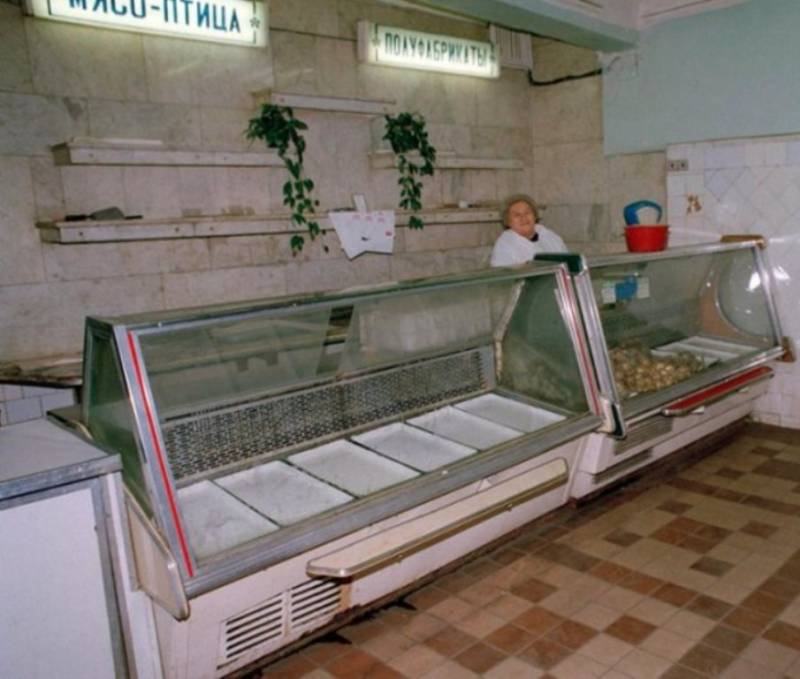 It is unlikely that, remembering the USSR with nostalgia, someone will regret this.
Many countries and entire regions, including those in the same EAEU, have signed up to exporters of everything that is possible and impossible. Moreover, such exports are by no means symbolic in scale. Not only Russia and the EU are actively involved in the geopolitical games around the exchange of sanctions.

At the turn of 2020–2021 we counted only in the network and only in Moscow - at least one and a half dozen clearly large online stores offering an extensive range of food. There are especially many meat products there, for which, as you know, a special kind of warehouses are needed.

And where do you think it all comes from? From the tiny republic of San Marino with an area of ​​only 61 sq. km with a population of 33 thousand people. And, as you can see, it is not for nothing that this miniature free republic is sometimes called a communist paradise.

In the same place, each other in power was replaced more than once by captains-regents who were members of the Italian Communist Party, mind you. Now, however, one Christian Democrat is in power, and the other is a member of the party with the mysterious name Domani Motus Liberi.

However, not only San Marino, but also other European "dwarfs" are old, well-known and equally widely used zones - offshore and re-export at the same time. With this in mind, it makes no sense to even ask about the places of production of agricultural products in mini-countries. 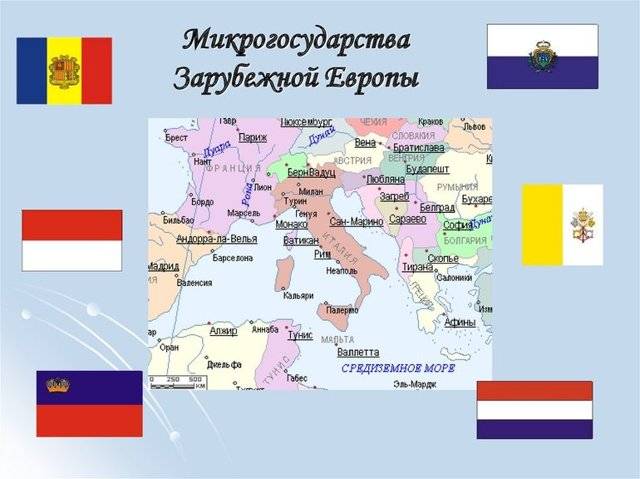 Let's clarify: San Marino, Monaco, Andorra do not participate in the sanctions duel between the Russian Federation and the EU. Moreover, since the beginning of the 1920s, they have been in a customs union, respectively, with Italy, France and Spain.

Although, it would seem, Rome, Paris and Madrid in a matter of hours, if not minutes, could attract the same dwarf countries to the anti-Russian sanctions. But the "highlight" is that the share of Russia in the supply of agricultural products from the EU region, since the mid-90s, has invariably been - attention, not less than 25%.

That is, relations between the EU and Russia are long-established trade flows with departments, traders, carriers, wholesale and retail networks. It is clear that giving up these relationships is more expensive for both parties.

Therefore, not only these miniature countries, but also, for example, the EAEU countries are exponentially outside the framework of the "exchange" of sanctions between Russia and the European Union. Accordingly, unsanctioned products are supplied both through the dwarf countries of Europe and through the countries of the Eurasian Union.

The Russian side still, after six years of a strange "trade war", does not insist on the participation of all EAEU countries in Russian counter-sanctions. Hence the simple conclusion - such oversupply is beneficial for Moscow: both politically and for “closing” real gaps in the country's food supply.

This is not even particularly veiled in a situation where the advertised successes in import substitution for food and agricultural raw materials do not correlate well with realities (Import substitution in a crisis: cancel and zero?).

And, of course, such a business is extremely beneficial to countries, as they are called, transit-re-exporters. And the ridicule that Belarus is a country of five seas, almost like Moscow, is completely inappropriate.

Our union republic has its own fleet, which is based not only in Russian ports, and its own quotas for catching fish and seafood. And it is not so important that Belarusian ships actually sail the seas and oceans under the flags of Liberia, Cyprus or Barbados.

Find out more about San Marino

The first transparent hint that deliveries from the EU to the Russian Federation of cheeses and meat products will continue through San Marino sounded precisely in the government newspaper Rossiyskaya Gazeta back on March 18, 2016.

Some passages from there are quite typical:

“The supply of cheeses and premium meat products from Europe will resume to Russia. They will come from the small state of San Marino, which did not fall under the Russian food embargo.

The businessmen of the two states plan to sign the corresponding agreement today, March 18.

The forthcoming agreement was reported to Rossiyskaya Gazeta by the National Association of Wholesale Distribution Centers (NARC) of the Russian Federation.

“According to Vladimir Lishchuk, executive director of NARC, it is assumed that a lot of European-made products that have come under the embargo can be supplied from the republic. For example, meat products, hard cheeses, including parmesan. "

But her counterparts in San Marino were alarmed by such specific revelations of the government publication in just a matter of days. And they hastened to refute all this.

According to RBC on March 21 of the same 2016:
“The Secretary of State for Foreign and Political Affairs of San Marino, Antonella Mularoni, denied information from RG that the republic would resume deliveries of cheese and meat products to Russia.

This is stated in her statement published on the website of the state TV channel San Marino RTV.

The official noted that "no agreement has been signed on this issue."

However, Ms. Mularoni gracefully hinted that the aforementioned deliveries are quite possible:

"If the spread is distorted news will serve as a source of new knowledge about San Marino for Russians, will increase interest in our country, then I can only rejoice. "

It seems that this interest was very specific and mutual: according to the Federal Customs Service of the Federal Customs Service of Russia and the Rosselkhoznadzor, the import of meat and meat offal from San Marino in 2015 amounted to only 2,8 tons. But the real volume of supplies from there, including re-export through Belarus, was at least three times more than the “official” one both in 2015 and later.

So, according to the latest data from the Federal Customs Service, in the third quarter of 2020, the total imports of agricultural raw materials and finished food from San Marino amounted to at least 760 thousand dollars. Despite the fact that in 2015 this figure was only 34 thousand dollars.

But the import of the same goods from Italy (although they have been listed in the register of the Russian embargo since August 2014) exceeded $ 2020 million in the third quarter of 23. And this, for the most part, is just re-export through other EAEU countries and, again, through San Marino.

The situation is similar with the re-export of agricultural products from France (also sanctioned to the Russian Federation) - through Monaco, and re-export through other EAEU countries. In the 3rd quarter of 2020, these shipments from France exceeded $ 25 million.

The situation is practically the same with re-export to Russia, and in equally large volumes with products from Spain that have come under the embargo, arriving at Russian counters through Andorra and, again, through other countries of the EAEU.

In this regard, the information of the Andorra Consulting-2016 portal is typical:

“Andorra occupies a unique position in Europe, it is not a member of the European Union.

Andorra is not a country subject to trade sanctions from other countries, and the Principality itself has also not taken decisions on the application of sanctions. " 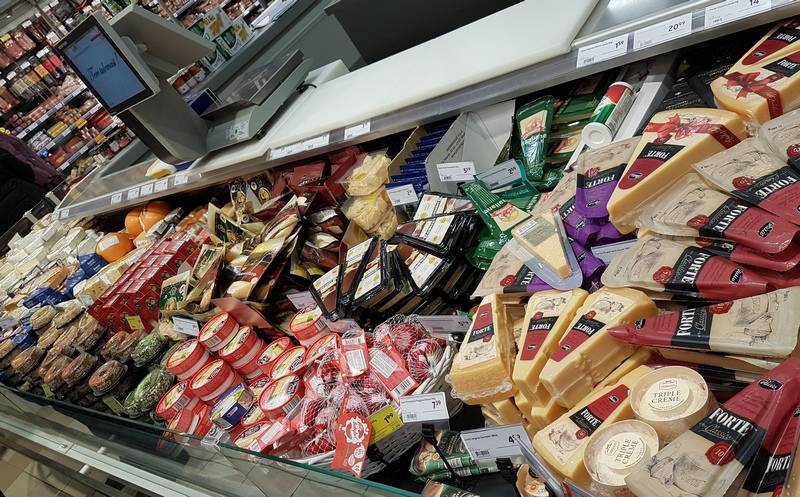 That is, it does not say directly about the possibility of Andorran re-export - in contrast to the laconic specifics on the Political Atlas of the Present (RF) portal:

“The economic prosperity of Andorra is associated with tourism and trade, as well as with offshore business.

Most of the goods exported by Andorra are of foreign origin (re-export) ”.

However, the EU-RF sanctions duel also does not involve the Faroe Islands and Greenland, autonomous from Denmark, overseas departments / territories of France, the autonomy of the Netherlands in the Caribbean. Moreover, all these territories are listed in the FCS as official trade partners of Russia.

No less unique is the order of the Rosselkhoznadzor dated July 11, 2014, which tightened veterinary control over the import of livestock products.

But the effect of this document, as noted in it, does not apply not only to Andorra, Monaco and San Marino. But also Iceland, Norway, Switzerland, Liechtenstein and even the Vatican.