"Yuri Dolgoruky" will perform torpedo firing for the first time 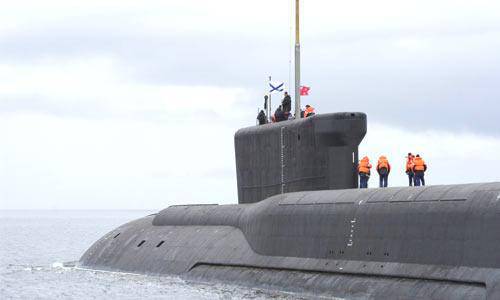 The latest strategic bomber of the fourth generation, Yury Dolgoruky, will start torpedo firing before the test launches of the Bulava intercontinental ballistic missile, a spokesman for the Russian Navy Headquarters told Interfax-AVN on Wednesday.

"In the coming days, Yuriy Dolgorukiy will come out to the White Sea, where for the first time he will work on training combat torpedo firing range on the combat training ground, and also once again check the work of the most important complexes and systems," the agency’s source said

According to him, in December, the crew of Yuri Dolgoruky will take on the baton of further tests of the Bulava if the next launch of this missile with the Dmitry Donskoy submarine is successful.