Japanese expert: There are doubts that Chinese missiles can accurately hit an aircraft carrier from a distance of more than 1 km 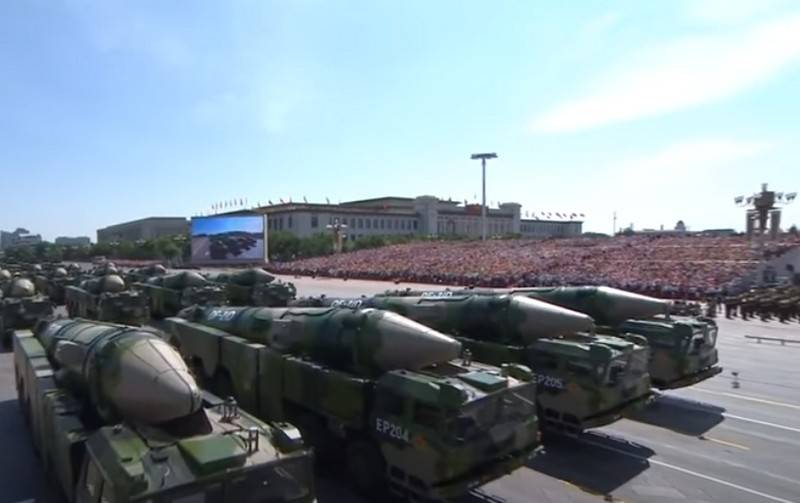 China has tested anti-ship ballistic missiles, hitting a moving target in the South China Sea with two missiles at once. However, Japan doubts that Chinese missiles are capable of hitting a ship at a great distance. Writes about this Japanese edition of JB Press.

most experts have doubts that the so-called DF-21D and DF-26B anti-ship ballistic missiles can accurately hit a moving aircraft carrier from a distance of more than a thousand kilometers
- the author writes.

He stresses that China has not conducted long range trials against moving sea targets, so the claim that the DF-21D and DF-26B are anti-ship ballistic missiles is propaganda in information warfare.

There is information that the DF-21D and DF-26B missiles were tested in the Gobi Desert against fixed targets imitating aircraft carriers, but there is no confirmation of these missiles being tested at sea against moving targets.
he adds.

However, if the information about the tests carried out is reliable, then it can be stated that China has anti-ship ballistic missiles. But one should not be afraid of them, in order to hit a ship or an aircraft carrier, they must be launched in favorable conditions, i.e. by predetermined coordinates. China does not have the necessary infrastructure and training to guide missiles to aircraft carriers in real combat.

But there is still one danger, the author sums up: over time, China can improve these missiles and they can pose a threat to both the US Navy and Japan's self-defense forces.
Ctrl Enter
Noticed oshЫbku Highlight text and press. Ctrl + Enter
We are
Yuri Drozdov: Russia prepared the role of the sacrificial calfDecember 2010 years. Russian March. Senseless and merciless? Notes not a Russian person
Military Reviewin Yandex News
Military Reviewin Google News
52 comments
Information
Dear reader, to leave comments on the publication, you must sign in.