Two months before the war. Report "On new means of struggle in modern warfare for armored and anti-tank weapons" 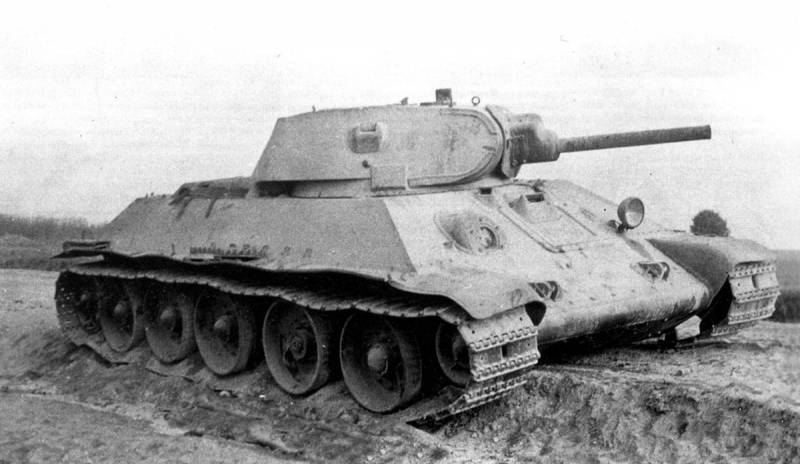 The report "On new means of struggle in modern warfare for armored and anti-tank weapons" was signed by the head of the GABTU, Lieutenant General Yakov Fedorenko on May 20, 1941. The document went under the heading "Top Secret" and was intended for the Main Military Council of the Red Army. It is noteworthy that the head of the People's Commissariat of Defense of the USSR, Colonel Balakina, on June 11, 1941 (11 days before the war) returns the report back to the GABTU with the following comment: 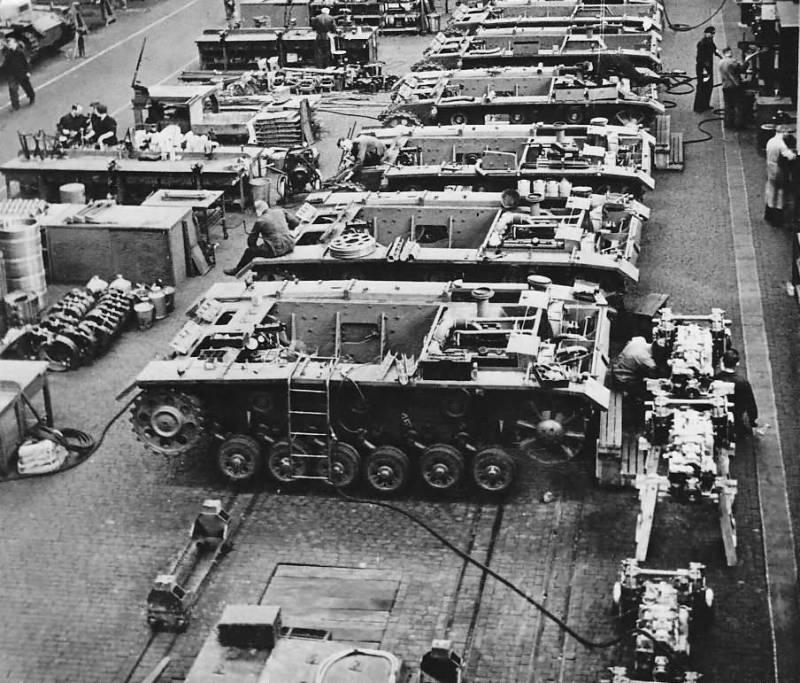 Source: worldwarphotos.info
What kind of document was required to be destroyed at the GABTU on June 11, 1941? The material contains a comparative qualitative and quantitative analysis of German and Soviet armored formations in the light of recent events. Particular attention was paid to the German experience in the German-Polish War, when tank and the motorized divisions of the Wehrmacht were brought together in groups. In particular, the largest in 1940 was Kleist's group, consisting of 5 tank and 3 motorized divisions. In the Red Army, tanks were brought together into mechanized corps, consisting of two tank, one motorized division and a motorcycle regiment.

In the German army, the tank division was a more powerful combat unit than in the Soviet one. There were up to 580 tanks of various types in the Panzerwaffe division, and 375 in the Red Army division. In addition, the Germans provided a whole anti-tank regiment in the division and a lot of air defense guns. In the conclusions of the report, experts urge to bring the organization of a tank division to nine tank battalions with a total number of tanks up to 500 vehicles in the shortest possible time.

The only thing in which the Soviet division was superior to the German was in the number of heavy tanks. In the USSR, each tank division was supposed to have 63 KV tanks, and German units were completely deprived of them. Only in special heavy tank divisions, the Germans provided for 160 thick-armored tanks at once, along with 200 medium and 24 light ones. This is where the real fiction from GABTU begins. By the summer of 1941, the Germans had no trace of any heavy tanks, not to mention heavy tank divisions. Nevertheless, military analysts have identified three models adopted at once: TV, T-VI and T-VII! Soviet intelligence definitely misled the GABTU, not fully understanding the situation when the Panzerkampfwagen VI "Tiger" being developed was mistaken for a production vehicle. TV, apparently some kind of prototype for the future Panzerkampfwagen V Panther, was described as a 32-36 ton heavy tank with a 75 mm cannon and 30-60 mm armor. Guessed only with the caliber of the gun, as shown by further история. 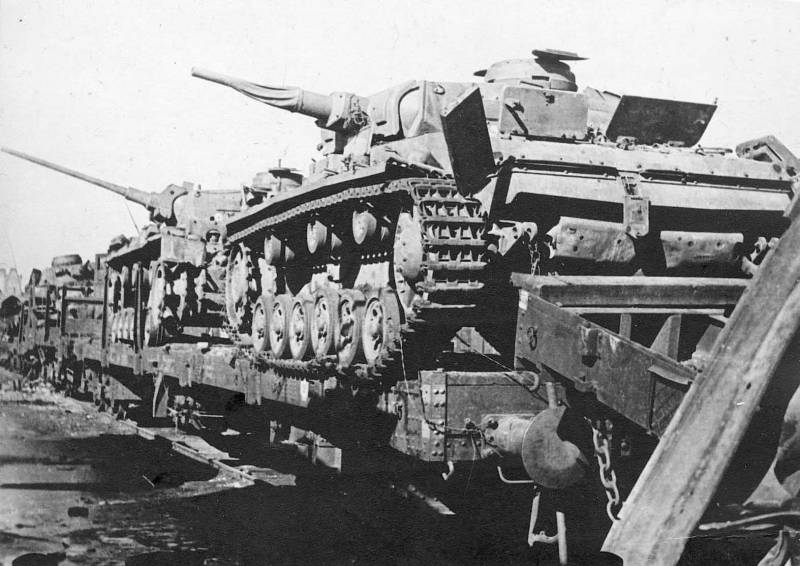 Source: worldwarphotos.info
If we conventionally take the mythical T-VI for the prototype "Tiger" (which was actually developed in 1941), then they never got here at all. The GABTU suggested, based on intelligence, that the vehicle will weigh about 45 tons and have 75 mm armor. With armament, an incident - the tank was equipped with two cannons of calibers from 20 mm to 105 mm. An anti-aircraft 88-mm artillery gun was not discussed. And, finally, the German 90-ton T-VII was to become the king of tank battles in future wars, for some reason equipped with two 47-mm and 20-mm cannons. The monster's armor was barely up to 90 mm thick.

On the armored topic, analysts concluded the following at the end:

The ongoing modernization of light and medium tanks of the German army is aimed at increasing the thickness of the armor and strengthening the machine-gun and cannon armament (increasing the number of guns, their caliber and increasing the initial speed).
Obviously, realizing that the data on heavy tanks can be fake, the authors of the report at the end propose to instruct the Intelligence Directorate of the General Staff to get accurate data on the number and quality of heavy tanks produced by Germany, Italy and the occupied countries.

In general, the presence of such implausible data in the report regarding heavy Wehrmacht tanks is quite surprising. Less than two years ago, on December 2, 1939, a report by GATU specialists about visits to factories in Germany was released. In total, the Germans allowed Soviet specialists to enter fourteen not the most advanced enterprises. But even this was enough for the engineers to make sure that it was impossible to quickly put into production German heavy tanks. The officers of the military department assured the then allies that there were no heavy tanks in service with the Wehrmacht, and that it would take at least 3-4 years to launch them into production. The only inconsistency was in steel mills and rolling mills, mastering 55 mm armor, it is likely for future heavy tanks. But tanks from it had yet to be created. 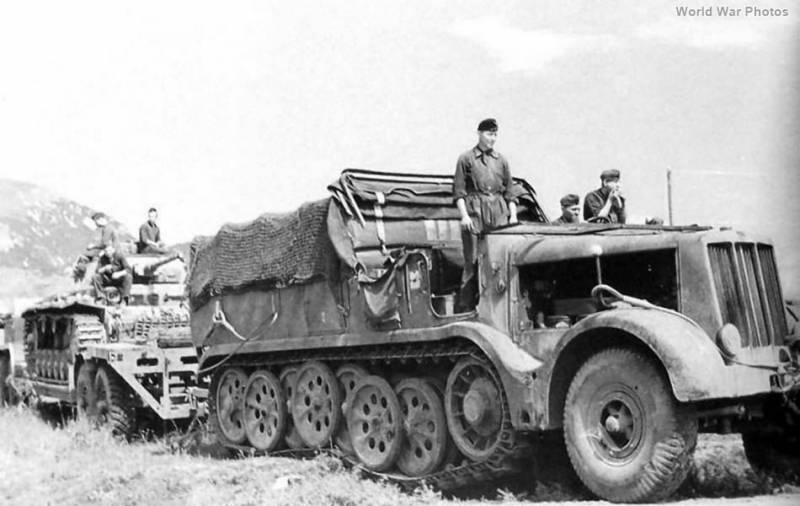 Source: worldwarphotos.info
Further qualitative analysis of the German armored forces showed the Red Army lagging behind in a number of parameters. In particular, in the equipment of armored vehicles. In the Wehrmacht, vehicles of various classes were presented, which differed from the Soviet best cross-country ability. The authors of the report from the GABTU complained that the experienced all-wheel drive armored car LB-62 "Lavrenty Beria" was never brought to the plant. Molotov is crazy and not ready for the series yet.

The situation with tractors and artillery tractors was also depressing. Among the Germans, the widespread semi-tracked Famo, Daimler-Benz and Krauss-Maffei ensured high mobility of artillery systems at speeds of about 40 km / h. At the GABTU, it was previously possible to get acquainted in detail with some copies of half-track tractors, and the engineers especially noted the successful design of the chassis, the transmission unit, the pneumatic braking system and the coupling device. During tests in the USSR, the heavy FAMO traveled about 2,5 thousand kilometers without serious damage. And its engine, 50% weaker than the diesel of the Voroshilovets tractor, provided equal speed indicators. The Red Army used tracked tractors, of which only Komsomolets (regimental and anti-tank artillery) and the aforementioned Voroshilovets (high-power artillery) met the requirements of the military. But this technique was chronically lacking. To solve the problem at the plant number 183 (Kharkov), there were attempts to create a tractor based on the T-34, which was supposed to be called the A-42 and used for towing heavy guns. On the basis of the T-40 light tank in Gorky, work was underway on the GAZ-22 tractor. But both cars turned out to be with serious defects and required large-scale improvements. 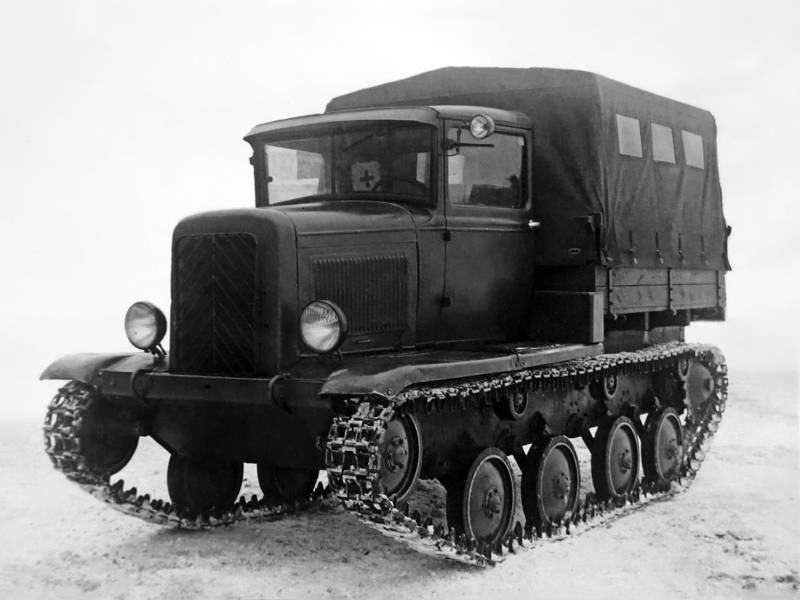 Experienced GAZ-22. Source: rus-texnika.ru
Tractors S-2 "Stalinets", STZ-5 and ChTZ S-65, intended for divisional and corps artillery, had a low average speed (no more than 4-15 km / h), had defects in the chassis, which made it difficult to operate in the army. At the same time, the artillery systems themselves made it possible to withstand a towing speed of up to 60 km / h. This was not surprising - the army was supplied with tractors intended for agricultural work. In particular, "Stalinets" sinned with a difficult engine start, slipping of the main clutch, frequent breakdowns of the suspension bogie frames and unreliable electrical wiring. Since the end of 1940, the GABTU has repeatedly raised these issues with the high command of the Red Army. The Chelyabinsk Tractor Plant was blamed for the low quality of tractors and the unwillingness to modify them in accordance with the requirements of the military. As a result, the corps artillery by the fall of 1940 was virtually without mobile means of mechanical traction. The situation in no way changed by May 1941, when the chairman of the Artillery Committee of the Main Artillery Directorate of the Red Army, Major General of Artillery Vasily Khokhlov, wrote to Marshal Grigory Kulik:

Such a situation in matters of developing new models of artillery tractors is becoming intolerable and dangerous.