Transparency and secrecy. New details of the PAK DP project 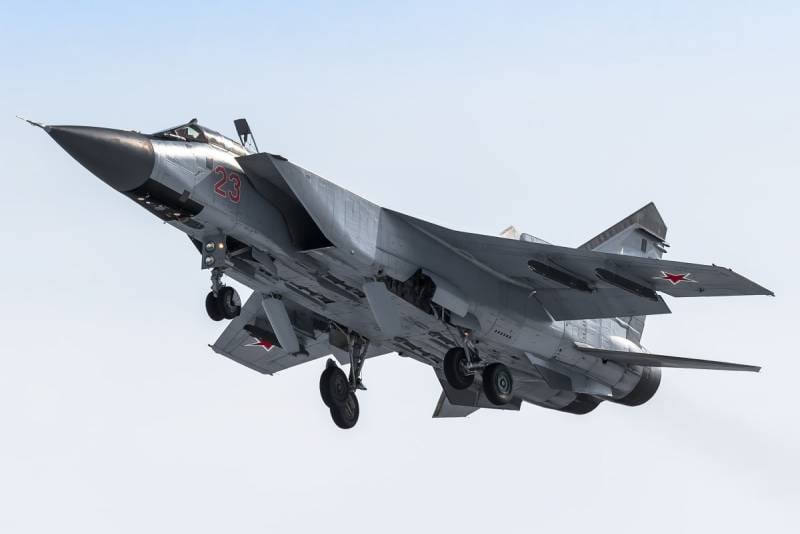 In recent days, there have been several interesting messages about the project "Perspective aviation long-range interception complex "(PAK DP). So, it was announced the start of development work, and in addition, some organizational and technical details were freely available. The available information does not yet provide a complete picture, but reveals its main points.

According to the latest

A few days ago, specialized resources drew attention to two government purchases posted on the state website of the same name. The subject of interest was procurement No. 31908747186 "Execution of works by the mid-range of R&D code" PAK DP-Vympel "dated December 31, 2019 and No. 32009404905" Investigation of the aerodynamic characteristics of the PAK DP model in ADT T-102 "dated August 14, 2020 It should be noted that these documents were known earlier, but only now they were opened on the official resource.

RSK MiG was the customer for both purchases. Various documents have been published containing unclassified information of an organizational and technical nature. In particular, it is known from them that in the MiG corporation the new PAK DP project bears the working designation “Product 41”, which corresponds to the well-known unofficial MiG-41 index.

Literally the next day after the publication of the two purchases, on January 22nd, Rostec announced interesting information. The publication dedicated to the Air Defense Forces Aviation Day disclosed the current work and plans for the development of the MiG-31 interceptor aircraft fleet. In addition, the development of the next generation interceptor was briefly mentioned. It is reported that the PAK DP project is at the stage of development work.

It should be recalled that the management of the RAC "MiG" and unofficial sources of the Russian media have previously repeatedly touched upon the development of the PAK DP and disclosed this or that information. Some of this information was subsequently confirmed and allows for a more complete picture. 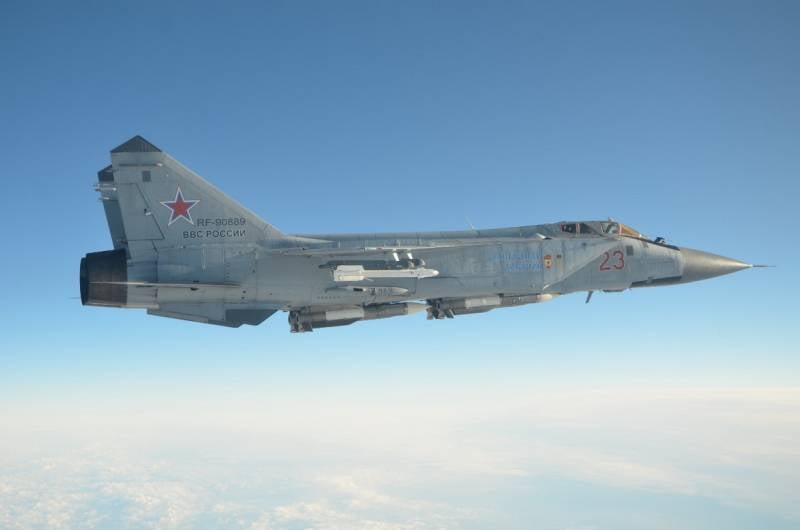 MiG-31 with ammunition
In mid-2017, the management of the development organization said that the new type of interceptor would be able to reach speeds of more than M = 4. There was also information about the potential to intercept objects in low orbits. In the middle of 2019, RSK MiG said that the new aircraft will be built using modern technologies, and one of the advantages over the current MiG-31 will be an increased interception radius.

For the purchase dated August 14, 2020, a terms of reference for one of the previous studies was attached, giving some details. In 2017-18. The Central Aerohydrodynamic Institute, commissioned by RAC "MiG", has already carried out an integral part of the research work (SCH R&D) to study the PAK DP model in a wind tunnel. Then the product "41" passed more than 240 tests in different modes. A program of such tests was attached to the terms of reference.

In the draft procurement contract No. 31908747186 it was mentioned that by the end of 2019 it was necessary to justify the scientific and technical concept of the PAK DP. This work included determining the prospects of the PAK DP product itself, analyzing foreign developments, assessing the backlog for project implementation, finding ways to integrate the interceptor into the videoconferencing system, etc.

In the terms of reference for research at TsAGI, it was noted that the aerodynamic appearance of the "41" model is not secret. Product images were not shown, but some of its features are clear from the test program. Other features of the interceptor are still in question. 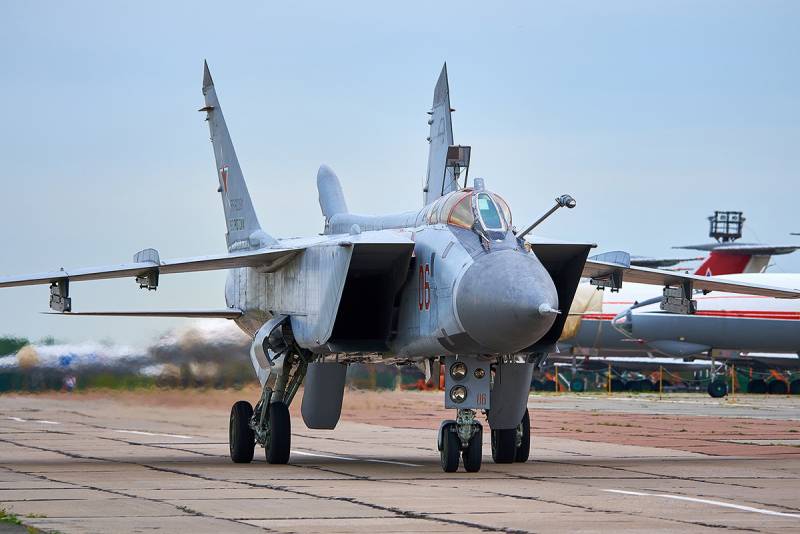 Apparently, the PAK DP will receive a combined airframe of metal and composite parts. It is possible to use the "tailless" or "duck" scheme. The tail unit will only include a pair of rudder keels. The wing mechanization consists of three sections of elevons on each plane and three-section braking surfaces.

Other aspects of the PAK DP project have not yet been disclosed to the desired extent, although there are various estimates and forecasts. So, it is obvious that a fundamentally new sighting and navigation system will be created for the 41 aircraft, surpassing the equipment of the existing MiG-31, incl. the latest modification "BM". The basis of this complex will be a radar of an unknown type. In terms of its parameters, it should surpass the serial product "Zaslon". With the same or greater range, this station must detect and track subtle targets. It is also necessary to increase the speed of onboard systems and full integration into modern and promising command and control systems.

Past statements of speeds over 3-4M indicate the need for a new turbojet engine. At the same time, the use of one of the existing or developed samples with suitable characteristics is not excluded. In particular, at the level of rumors, there were reports of the possible integration of the "Product 30" developed for the PAK FA.

The question of armaments remains open. Like its predecessor, the MiG-31, the new PAK DP should carry a specialized long-range intercept missile. About a year ago, it was reported that the development of such a product began and is being carried out within the framework of the project "Multifunctional long-range intercept missile system" (MRK DP). During its creation, developments on the existing K-77M medium-range missile can be used. 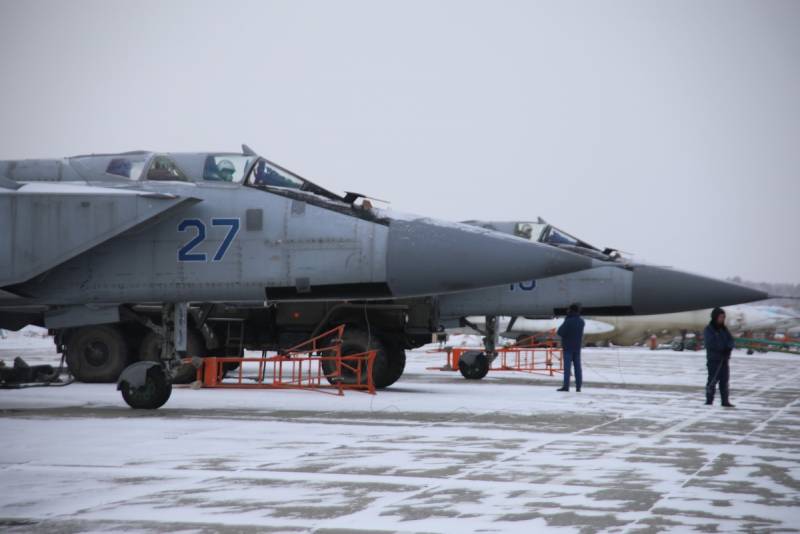 The tactical and technical characteristics of the future PAK DP remain unknown, but it was reported that it would surpass the MiG-31 in basic parameters and capabilities. This indicates the need to obtain a speed of at least M = 3, a practical ceiling of more than 20-21 km and a combat radius of over 700-750 km. The main weapons The MiG-31 is an R-33 air-to-air missile, the latest modification of which has a range of up to 300 km. The new rocket of the MRK DP project should show, at least, not the worst characteristics.

The development of the "Advanced Long-Range Intercept Aviation Complex" has been going on for several years. New information appears regularly, both from the developers and from unofficial press sources. Due to this, an increasingly detailed and accurate picture is gradually being formed - although it will not be fully formed too soon and some of the data will still remain closed.

It should be expected that the observed processes will continue in the future, and not only in the context of the "Perspective long-range intercept aviation complex". In the further development of the project, the necessary secrecy regime will be observed, but at the same time, some transparency of the work should be expected. This will allow the aviation industry to create a new aircraft and not reveal its secrets, but at the same time stir up public interest and give them a reason to be proud.