In India: More and more countries are interested in our Tejas fighter 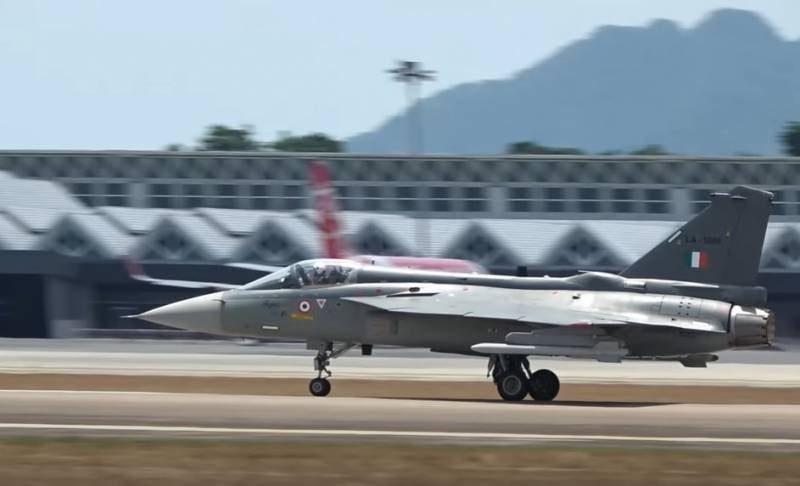 The delivery of Tejas light combat aircraft to the Indian Air Force under a Rs 480 billion (about $ 6,5 billion) contract will begin in March 2024. Until the total delivery of 83 units of this equipment is completed, 16 fighters will be produced annually.


The head of Hindustan Aeronautics Limited (HAL) R. Madhavan spoke about this in an interview with the Indian news agency PTI.

He also said that more and more countries are interested in the Tejas fighter jet produced in India. The head of the aircraft company suggested that the first export order is likely to come in the next couple of years. However, he did not say which country is ready to make such an order.

Madhavan noted that the Tejas MK-1A aircraft outperforms the Sino-Pakistani JF-17 in its operational characteristics, as it has the best engine, radar system and electronic warfare, as well as other technological advantages. The head of HAL called the possibility of refueling in the air the greatest advantage over the competitor's aircraft.

The price is not high, but it suits us.
- noted the head of HAL.

It is assumed that in the next five years, the Indian armed forces will spend on the purchase of weapons $ 130 billion.
Ctrl Enter
Noticed oshЫbku Highlight text and press. Ctrl + Enter
We are
Reports from the militia of New Russia for 27-28 September 2014 of the yearIndicated price is the Tejas Mark I for the Indian Air Force
Military Reviewin Yandex News
Military Reviewin Google News
87 comments
Information
Dear reader, to leave comments on the publication, you must sign in.