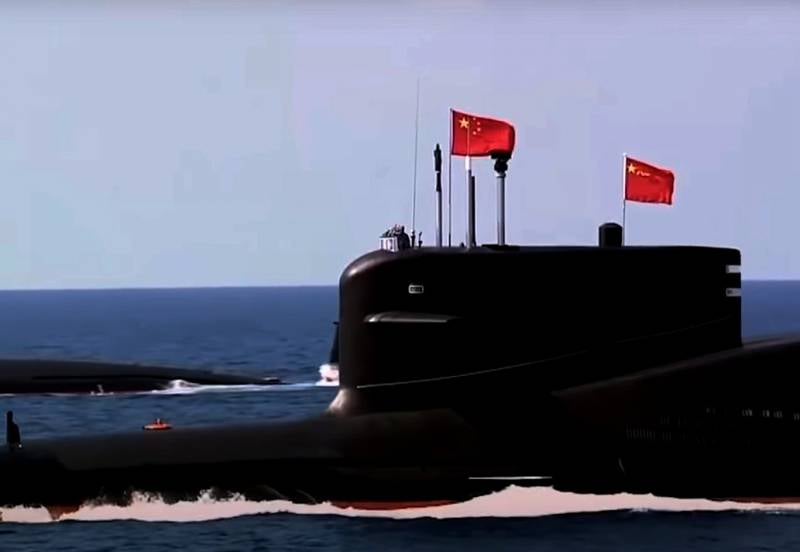 China's Julang-3 missiles, or JL-3 for short, are the third generation of ICBMs for submarines. They are planned to be installed on the promising Type 096 submarines of the PLA Navy.


Unlike its predecessors, the JL-3 is expected to carry either 3 or 5 to 7 warheads. In the first case, the mass of an individually guided warhead can be about 250 kg, in the second case, about 35 kg. Some experts also cite a figure of 10 warheads.

The South China Morning Post calls the Julang-3 the most advanced Chinese long-range missile. According to the US Air Force National Aerospace Reconnaissance Center, JL-3 missiles can have a range of more than 10 km, which will pose a serious threat to the United States, including its mainland. These Chinese missiles are called China's new "argument" against the United States.

The report of the US National Aerospace Intelligence Center emphasizes that the tests of the new Julang-3 rocket were carried out by China at the end of November 2018. It turned out that the JL-3s are significantly superior to the JL-2 in terms of range.

The Federation of American Scientists, which published its own report on January 19, 2021, agree with the US aerospace intelligence data. The JL-3 missiles are seen as a very significant step forward compared to the previous JL-2 missiles currently in service with the Chinese People's Liberation Army. If the JL-2 has a flight range of about 7200 km, then for the new missile it will increase by a third and will amount to more than 10 km.

However, the Federation of American Scientists are convinced that even such characteristics will not allow the best Chinese missile to hit the continental United States from the South China Sea. For this, the PLA Navy will need to bring submarines to the Bohai Sea, located closer to Japan and South Korea. Here, Chinese submarines will be able to take positions and strike at the United States. 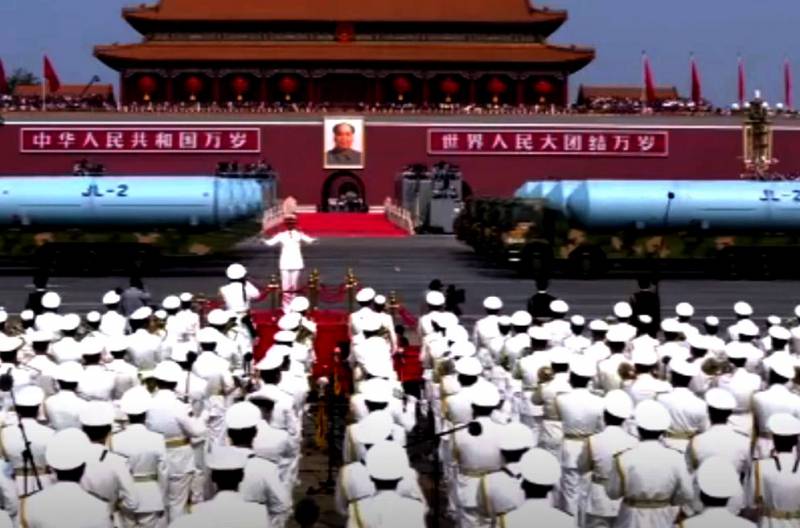 Rockets of the previous JL-2 series on parade

China has increased its "potential for retaliation"

Malcolm Davis, a senior security expert at the Australian Institute for Strategic Policy, believes China's missile development has provided Beijing with a "retaliation potential" that will allow it to fight back in the event of a large-scale military conflict with the United States.

The development of more advanced sea-launched ballistic missiles such as the JL-3 is essential, especially given China's desire to provide a reliable second strike capability.
- emphasizes Malcolm Davis.

But in order to hit targets on the east coast of the United States, the Australian expert believes, Chinese submarines will have to move quite far from China. The submarines will have to proceed to the Bohai Sea (part of the Yellow Sea), but it will be very difficult to deploy ballistic missiles at such a distance from the Chinese coast without the risk of being detected.

Timothy Heath, security expert at the American think tank Rand Corporation, calls the Chinese People's Liberation Army (PLA) JL-3 missile “intimidating weapons", Which, together with the DF-41, provides China with the ability to engage targets in the continental United States. The survivability of the Chinese missiles, according to Heath, will be due to the fact that they can be launched from a considerable distance, as well as the presence of several warheads.

Timothy Heath stressed that the emergence of new missiles in service with the PLA Navy will keep the United States from any military action and manipulation in the immediate vicinity of the Chinese borders.

Taken together, the PLA's conventional and nuclear capabilities increase the risk and cost of any U.S. war with China.
- said the expert.

One of China's top priorities is to convince the US that the game won't be worth the candle. Don't come to the aid of Taiwan, as intercession can be too expensive for the United States and the American people.