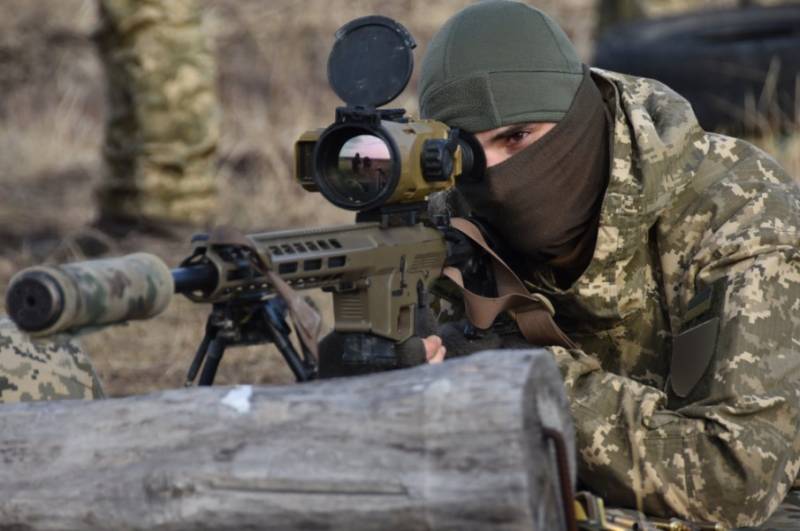 As part of the state defense order, the Ukrainian Department of Military-Technical Policy, Arms and Military Equipment Development, bypassing intermediaries, placed orders for the Armed Forces of Ukraine from direct manufacturers, contacting the NATO Support and Supply Agency. The Ministry of Defense of Ukraine has published a list of military orders for 2021 placed in NATO.


This was reported by the Ukrainian edition "ArmyINFORM".


For all ordered products, the Ministry of Defense of Ukraine has already sent an advance payment. Information on the timing of the delivery of products will come from the NATO agency shortly.

In addition, a contract was signed with a Turkish company for the supply of armor-piercing incendiary and blank ammunition for sniper rifles of 12,7 mm caliber.

Almost all of the above products were supplied to the Armed Forces of Ukraine before. The only exceptions are BOZENA demining machines made in Slovakia.

New purchases are a necessity for Ukraine in the sense that it has signed an agreement on cooperation with NATO countries in the military-technical sphere. For the execution of this agreement, it is necessary to place orders primarily in the NATO military-industrial environment.

Ctrl Enter
Noticed oshЫbku Highlight text and press. Ctrl + Enter
We are
Summary of the week from voenkor Mag about events in the DNI and LC 21.04.18 - 27.04.18A summary of the events in the DNI and LC for the week 31.03.18 - 06.04.18 from voenkar Mag
Military Reviewin Yandex News
Military Reviewin Google News
71 comment
Information
Dear reader, to leave comments on the publication, you must sign in.