"To ensure freedom of navigation": US aircraft carrier sent to South China Sea 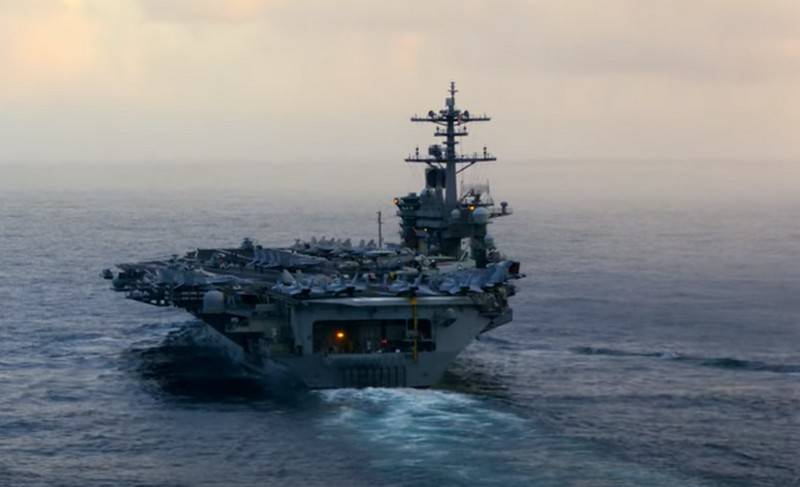 Following the demand for an end to any pressure on the Taiwan administration directed by the US State Department against Beijing, the command of the US Navy sent an aircraft carrier group to the South China Sea.


According to the command of the 7th fleet The US Navy has moved into the South China Sea area with an aircraft carrier strike group led by the USS Theodore Roosevelt aircraft carrier. It is emphasized that the AUG "is carrying out a planned deployment as part of the US 7th Fleet to ensure freedom of navigation."

The aircraft carrier, along with escort ships, crossed the Luzon Bay between the Philippines and Taiwan last Saturday, on the same day, the Taipei authorities announced Chinese planes allegedly invading the island's airspace. It is noted that the American ships were in the affected area of ​​the Chinese YJ-12 supersonic anti-ship anti-ship cruise missiles, which could be on the aircraft of the PRC Air Force.

The appearance of Chinese aircraft in Taiwan's airspace has been criticized by the US State Department. As previously reported by "VO", the spokesman for the US State Department Ned Price called these actions another "attempt to intimidate the neighbors" and said that they cause concern for the American authorities. Washington also warned Beijing about the consequences of the "invasion of Taiwan's air defense zone."

How long the American aircraft carrier will spend in the South China Sea is not known. Note that under Donald Trump, the United States has repeatedly sent its AUG to the Chinese coast, ostensibly to ensure free shipping. It is not yet clear what the Biden administration's relations with China will be like in the future, but it is unlikely that anything will radically change in American politics.
Ctrl Enter
Noticed oshЫbku Highlight text and press. Ctrl + Enter
We are
The US Navy calculated the number of infected sailors on board the Theodore RooseveltThe number of infected sailors aboard Theodore Roosevelt reached 550
Military Reviewin Yandex News
Military Reviewin Google News
108 comments
Information
Dear reader, to leave comments on the publication, you must sign in.