"Russia is close to acquiring powerful ships so far only on paper": Western press about the renewal of the Russian amphibious fleet 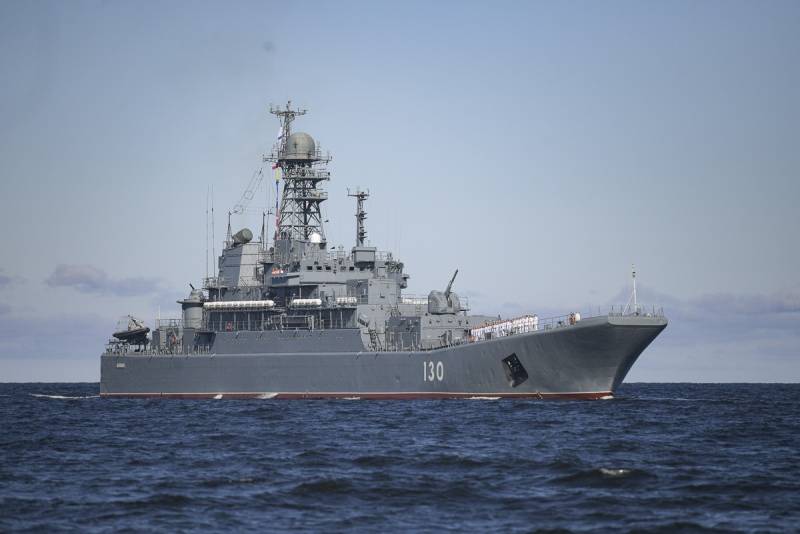 Against the backdrop of unclear prospects for Russian aircraft carriers, the Russian Navy has begun building universal amphibious assault ships that run counter to the former Soviet doctrine.


This opinion is expressed on the pages of the Western edition of Defensionem. According to the observer, in the Soviet army, in the event of a full-scale war, the functions of the expeditionary forces were assigned to the Airborne Forces, while the marines were supposed to land on the coasts of nearby NATO countries and control the straits through which the ships of the USSR Navy were to enter the world ocean.

The Russian navy currently operates a mishmash of old amphibious assault ships of various classes. The most useful of these is the Polish project Ropucha [pr. 775] along with the types "Zubr" and "Ivan Gren"
- indicated in the publication.

At the same time, it is explained that “given fleet not enough. " "Ropucha" by modern standards is a small ship, with a displacement of 2,2 thousand tons, and is already approaching "old age", being built in the mid-1970s. "Zubrs" are few in number and are only suitable for actions in the regional theater of operations.

The Ivan Gren class is much more modern, ships have been built since 2004, but with a displacement of 6000 tons it still lacks the stamina and range needed to project force over long distances
- written in the publication. 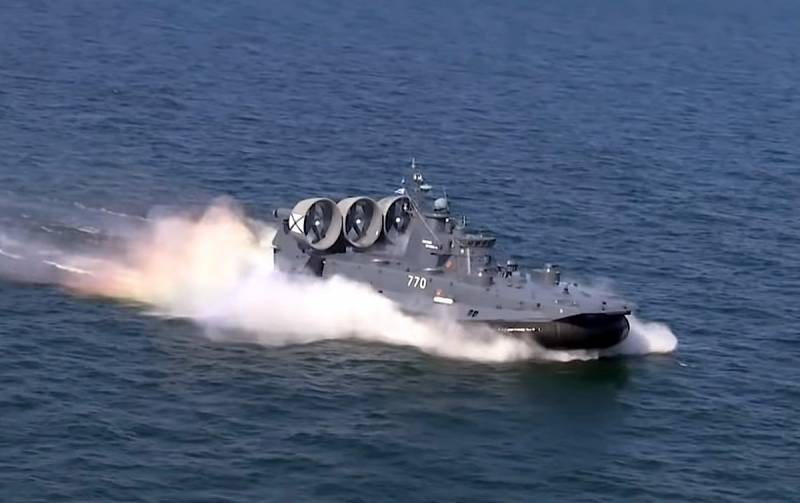 The 2008 Georgian war and the recent Syrian conflict have pointed Russia to the need to invest in its amphibious capabilities. The attempt to get the French UDC "Mistral", as the newspaper writes, failed due to the "Crimean crisis". In this regard, Russian shipbuilding was instructed to develop its own designs.

KB "Nevskoe" proposed "Avalanche", the layout of which, according to the author, resembled "Mistral". She had a displacement of 24 thousand tons, a crew of 320 people. and the ability to transport 16 helicopters, 500 soldiers and 50 armored personnel carriers. The cruising range was 5000 nautical miles at a speed of 18 knots. The Krylov Center has developed the Surf project. With a weight of 14 thousand tons, it could carry up to 8 helicopters and 10 tanks or 40 BMP. The cruising speed was 14 knots, the cruising range was 6000 nautical miles. However, both designs gave way to the 23900 project.

According to the author, visually "Project 23900 resembles a mixture of" Avalanche "and" Mistral ", but it is larger and more productive than Mistral": autonomy is 60 days or 9700 km of travel, the ability to transport up to 75 armored personnel carriers, 900 marines and 4 landing ships. The entire system is complemented by an air wing with up to 20 helicopters.

And at 44000 tons, it is hardly lighter than the "Admiral Kuznetsov". Time for reflection has passed: the keels of the first two ships were laid at the Crimean shipyard in July 2020, and work continues [...] One thing is for sure: Russia is close to acquiring powerful landing ships so far only on paper.
- concludes the Western press observer about the renewal of the Russian amphibious fleet.