"We are waiting for changes!" 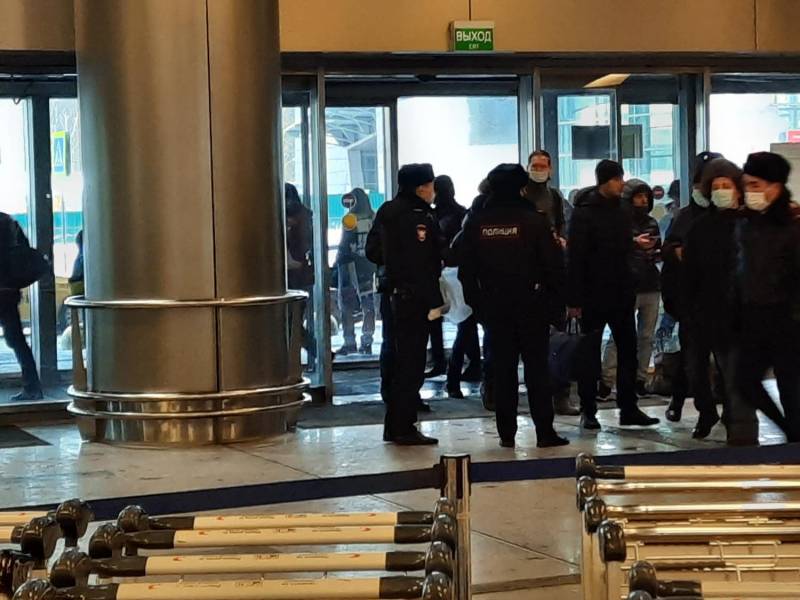 The unsolvable crisis of capitalism and humanity as a whole (a dead end in development, which caused involution and degradation of human civilization) led to the operation "pandemic".

At the beginning of 2020, they tried to provoke Iran to take tough measures, which was supposed to intensify hostilities on the Middle East front, conditionally already the Fourth World War (according to my personal classification, the Third World War ended with the death of the USSR). However, Tehran refused to sacrifice itself.

Then the "pandemic" began, when an infectious outbreak (in my opinion, no more dangerous than some strains of influenza), by means of information pumping and global hysteria, was turned into a "T virus" from "Resident Evil". Suicidal measures of the world's leading economies, lockdowns, bans, the collapse of the health care system in the capitalist world, unemployment, stress and panic caused the so-called "supermortality".

On the whole, in my opinion, the "pandemic" worked out as a strategic operation of the Fourth World War to completely break down and "reboot" the entire system according to the model I designated as an "electronic-digital concentration camp". Without tank wedges, air fleets, massive bomb and missile strikes (which does not exclude local wars, as in Karabakh).

But the result is about the same - the economy of the leading powers has been undermined, capital has been redistributed, the population of a number of countries is rapidly dying out (mainly developed), and the world infrastructure can be renewed.

In the United States, Biden is brought to power by splitting the nation and large-scale deception.

In essence, the Democrats and globalists tore the American people to pieces and prepared them mentally for unrest and division. It is clear that the forces behind Biden (global finance capital) will rebuild America.

If Trump tried to preserve the American empire at any cost ("America is above all!"), Then the Democrats, solving the problem of reducing consumption and eliminating the middle class, with their policies, will most likely lead the United States to collapse.

Therefore, in my opinion, nothing is over in the States. The capture of the Capitol is a symbol of America's future.

For the Trump administration, Russia was not a particular threat. China was more important. The task of "brilliant isolation" in the raging sea of ​​world turmoil, survival and America's breakthrough into the future was being solved. There was no time for the Russians.

I believe that the opposite will be true for the Democrats. For the "world revolution" ("reset"), from the positions of which the democrats, globalists and neo-Trotskyists act, today's Russia with the remnants of the previous high-tech Soviet civilization, scientific and educational potential, arsenals weapons and by the Russian "barbarians" themselves - this is a factor of uncertainty.

Therefore, I am sure that the Democrats will take us seriously.

In addition, it seems to me that Operation Pandemic has already partially exhausted itself. It will be necessary, from my point of view, to warm it up with some purely local war.

I would single out several possible scenarios for the start of a military skirmish that the West is preparing at once:

1) Ukraine is again, for example, attacking Donbass. Perhaps Crimea. Turkey and NATO will support it. Moscow will be pressed from all information "trunks" in order to force it to show "flexibility", to yield to the "world community" and "democracy". Will the Kremlin stand? Strike with full force, fight back? Obviously, in the West (according to my estimate) the moral and strong-willed resilience of the Russian elite is assessed as extremely low.

2) Another possible direction for provoking a military conflict is the Baltic-Kaliningrad link;

3) Or it will again be, for example, the South Caucasus.

4) But another local outbreak is also possible. For example, the complete collapse of the neo-feudal regimes in Central Asia. The arrival of jihadists based in Afghanistan is a threat from the south.

5) The Kurils, etc. are the same possible target.

However, Russia cannot be overthrown only by external pressure.

The West needs another color revolution. Hence the sharp increase in the theme of the Russian "empire of evil". And it was for this that Navalny's "landing" was organized.

The globalists, apparently, are making a serious bet on the coming to power of liberals or national separatists. Obviously with the next disintegration of the Russian Federation organized with the help of Western capital. With the simultaneous withdrawal (by them) of the "new Russia of the future" (or of its wreckage countries) of a nuclear arsenal, powerful weapons, dangerous and advanced industries and technologies. This is my prediction.

As for Navalny, I believe that he is being deliberately and actively transformed from an ordinary opposition blogger into a new Lenin. (True, so far without the Bolshevik Party and their program). Puppeteers lead him from criticism of embezzlers to popularity among the people. The calculation, from my point of view, is that the lower classes love those who are persecuted and offended by the authorities (the upper classes).

And here, I believe that the authorities themselves are playing a game imposed on them from the outside. And it is they who do everything to turn the now persecuted and offended (allegedly poisoned and now arrested) Navalny into an idol of youth. There is a great risk that just from those who are now beaten, grabbed and pressed (from youths and children), new and future domestic revolutionaries will grow up. And I think this should be taken into account. In addition, in the conditions of stagnation and isolation, the pro-Western opposition (on behalf of the lower classes exhausted from disunity) offers at least something - calling for change.

And what about the Kremlin?

The Kremlin, successfully fighting the pandemic and churning out an excellent vaccine, in my opinion, missed the main thing. From above, they have not yet presented to the people any constructive project or program for the future.

And people want and yearn to know how to live on in the face of a deteriorating quality of life and a deepening world turmoil?

After all, everyone clearly understands that the economy of the "pipe" actually has no future. The remnants of the Soviet legacy are practically eaten away. The socialist once powerful healthcare and education have now been completely destroyed by the coronavirus and distance. A culture in isolation is in complete decline. The people are trumpeted every day about deaths and are convinced that it is rapidly dying out and that it is about to end. Where does this lead?

I believe that the financial-economic and conceptual-cultural dependence of Russia on the West, which there itself is rapidly collapsing, is leading the Russian civilization and the people to death. I believe that there is, alas, a dead end ahead. And, no matter how pessimistic it sounds, it is most likely the collapse of the country that awaits us. This is the negative scenario of the “image of the future” for Russia, which is being aggressively formed by the West and its puppet Navalny at the present time and in manual mode.

So it is likely that it will. In the event that the authorities continue to do nothing in a different direction. And if the top and further will not start purposefully and quickly to create and offer the people a concrete, tangible, I would say realistic and positive "image of the future" for Russia.

It’s not surprising to me that in this vacuum regarding the “image of the future” of the country, the young generation is precisely demanding changes.

And what will happen next?

Sooner or later (most likely early), the protests in the regions will be ridden by local pro-Western elites, who also see no way out of the current systemic crisis. And they also do not have a concrete and tangible "image of the future."

As financial flows diminish and the global and Russian crises develop, they themselves may pose inconvenient relevant questions there and will themselves invent inconvenient answers to them:

“Why do we need Moscow?
Who is to blame?
What to do?"
And then, in the conditions of the continuing absence of even a hint of a new unifying idea as a positive “image of the future” of Russia, it may well happen that the very (drawn and embroidered with white threads of “navalism” for the crowd pessimistic image of Russia of the future) the second stage of the collapse countries (disintegration 2.0) will just happen.

In addition, from my point of view, the old “image of the future” of Russia in the format of a thirty-year model of the colonial periphery of the West (created and imposed on our people in 1991-1993) has reached its ceiling today. And it doesn't work anymore. That is why, I believe, just now it is urgently necessary to create and present to the people a new positive model of Russia's development prospects for at least half a century or a century ahead. Otherwise, trouble cannot be avoided.

Inside the country, if the authorities hurry up and nevertheless successfully fulfill their forecasting mission promptly, then we will face a struggle between two “images of the future” of Russia: positive and pessimistic. But on the other hand, the youth and the people of the Russian Federation will have a significant choice and a positive alternative.

In addition, it should be understood that in addition to internal problems, external pressure on the Russian Federation will only increase.

You should be aware that both from inside and outside Russia is being deliberately and provocatively pushed into turmoil. But the people don't need it?