Submarine warfare off the coast of South Africa. Part 2 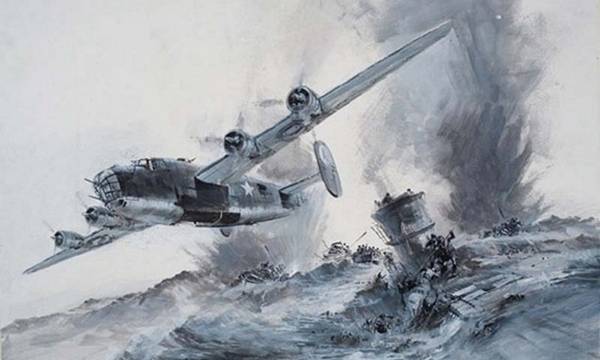 “The only thing that really scared me during the war was

it is a danger from German submarines. "
W. Churchill "World War II"

By August 1942, the Befehlshaber der Unterseeboote (BdU) had decided that four submarines U-68, U-172, U-504 and U-156 would form the initial core of the German Eisbär wolf pack for a surprise strike on shipping in Cape Town waters ... 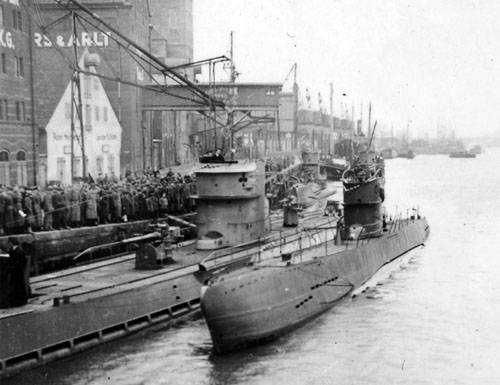 U-68, left.
Note. One of the most productive boats in Germany during the Second World War. She made 10 military campaigns, sunk 32 ships (197 grt), damaged 453 ship (1 grt). Loss on April 545, 10, with Avengers and Wildcats depth charges and rockets from Squadron VC-1944 from the USS Guadalcanal escort aircraft carrier.

According to Doenitz's calculations, the submarines should remain in the operational area near Cape Town until about the end of October, after which the Eisbär group will be replaced by a new batch of submarines.

The boats left the Lorient base in the second half of August. At the same time, cash cow U-459 departed from Saint-Nazaire. The submarines had to cover about 6 nautical miles before they reached operational waters off Cape Town.

The Command of Naval Forces (SKL) required submarines to remain undetected all the way to the coast of South Africa. And he counted on the success of strategic surprise.

However, BdU, and Dennitz in particular, had a different opinion. The ultimate goal of the operation, according to him, was determined by constant attacks from submarines, with the maximum inflicted damage.

SKL and BdU reached a compromise: submarines were allowed to attack enemy ships during their voyage to Cape Town.

On September 16, during an operation to rescue survivors from the British transport "Laconia", U-156 was damaged as a result of an attack by the B-24 "Liberator" and was forced to return to base. She was sent to replace U-159, which was in the operational area at the mouth of the Congo River. 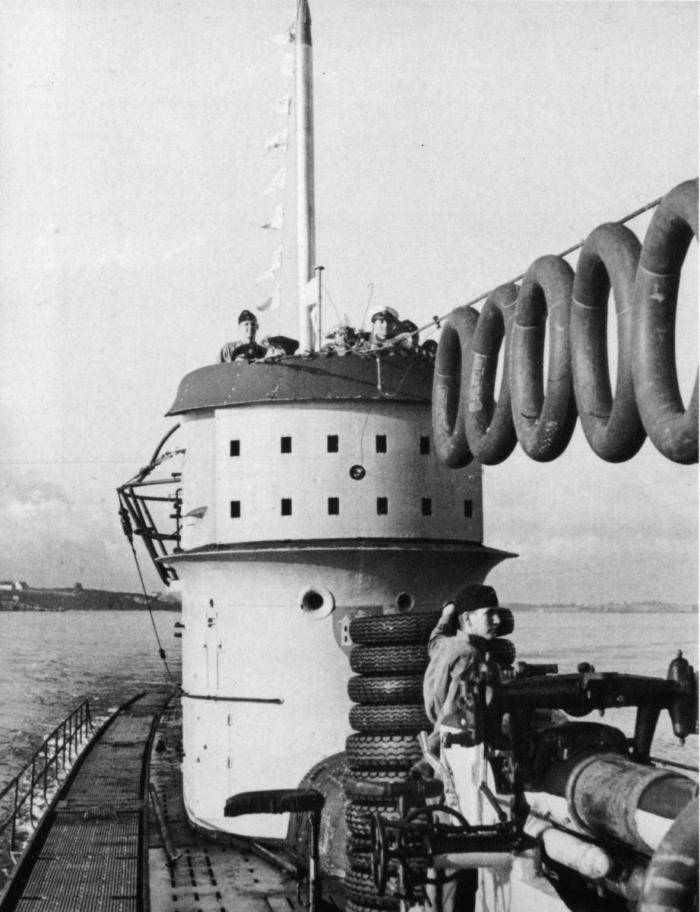 Return of U-156, November 16, 1942, Lorient, France
Despite various naval intelligence sources indicating the movement of several submarines south, coupled with the sinking of the British transport Laconia, the Commander-in-Chief (South Atlantic) Admiral Sir Campbell Tate and his headquarters were lulled by a false a sense of security.

Their entire focus was on the Indian Ocean and the perceived Japanese threat. 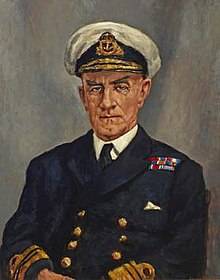 Although the Union Defense Force (UDF, South Africa) underwent a reorganization during the first two years of the war, the coast and harbors of South Africa remained highly defensively vulnerable.

The anti-aircraft capabilities of the JAS left much to be desired. When war broke out in 1939, there were only eight 3-inch anti-aircraft guns and six searchlights in the country. And when these guns and searchlights were sent to East Africa, the Union was completely deprived of ground air defense. In terms of air cover, only Cape Town, Durban and Port Elizabeth were supported by the South African Air Force (SAAF).

The war led to a sharp increase in sea traffic around the cape and the number of ships visiting local ports.

To protect ships visiting local ports, the construction of new naval bases began: on Salisbury Island in the harbor of Durban and on Robben Island, located in Table Bay. In Cape Town, the Sterrock dry dock was built, capable of servicing (like its counterpart in Durban) battleships and aircraft carriers.

After attacks by Japanese submarines in the harbors of Sydney (Australia) and Diego Suarez (Madagascar), signal cables were laid along the bottom in the ports of Durban and Cape Town to control the movement of ships and vessels. In the Gulf of Saldanha, where the formation of convoys was carried out, it was not until 1943 that a controlled minefield was laid.

By 8 October, South Atlantic Command at Simonstown had only four destroyers and one corvette. The size of the operational area at Cape Town, as well as the fact that submarine attacks extended to Durban, did not allow for the effective use of anti-submarine ships.

By February 1942, the PLO of the remaining South African ports was still in the planning stage.

From 22 to 24 September, the boats of the Eisbar group south of Saint Helena successfully resupplied from U-459 and continued their combat path. The rest of the journey passed without incident, and in the first week of October 1942, the boats arrived on the coast of Cape Town.

On the night of October 6-7, 1942, a large German ocean-going submarine U-172 under the command of Lieutenant Captain K. Emmerman managed to successfully penetrate the Cape Town harbor raid for reconnaissance. She stopped at a close distance from Robben Island, studied the port facilities. And before plunging into the water again, the captain let his crew

"Climb one by one to enjoy a magnificent view of the city, not bothering with blackouts during the war."

In just one day on October 8, U-68 launched four cargo ships to the bottom. By October 13, the weather turned bad, and strong storms began. U-68 and U-172 were recalled back to base. With the arrival in southern waters of U-177, U-178, U-179 and U-181, BdU headquarters ordered the U-boats to expand their operational patrol areas all the way to Port Elizabeth and Durban.

During the remainder of October and early November, U-178, in conjunction with U-181 and U-177, were ordered to operate off the coast of Laurence Markes and further south to Durban.

The patrolling of the three submarines was extremely successful. They managed to sink 23 merchant ships, including the British military transport "Nova Scotia", which was carrying 800 prisoners of war and internees Italians. Fearing a repeat of the Laconia incident, the BdU ordered the submarines not to undertake rescue operations. The U-177 attack on November 28 killed 858 of the 1052 on board.

With the start of Operation Torch, SKL ordered all remaining German submarines off the South African coast to return to the North Atlantic and Mediterranean to attack the ships of the anti-Hitler coalition.

During the period from October 8 to December 2, eight German submarines sank 53 enemy merchant ships (with a total tonnage of 310 brt), losing only one submarine. The only loss was U-864, sunk on 179 October 8 by depth charges from the British destroyer Aktiv. 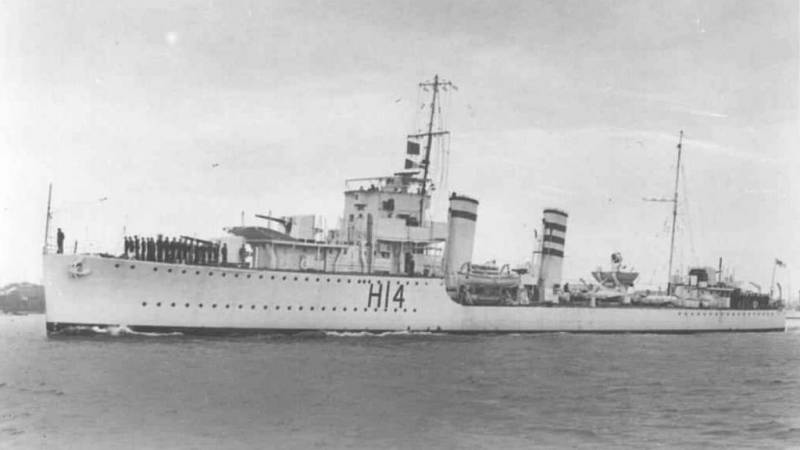 The submarines left their bases in December 1942 - January 1943 (U-160) and arrived at the operational area near Cape Town in February 1943. However, operational conditions in the South Atlantic (and especially off the coast of South Africa) changed dramatically from October 1942.

The UDF adopted a series of defensive anti-submarine measures that were aimed at reducing the losses of merchant ships along the South African coast.

The initial period of the operation off the coast between Cape Town and Port Elizabeth yielded a modest result: only six transports (with a total mass of 36 brt) were sunk by three submarines (U-650, U-506 and U-509).

Moving further east to operate off the coast of Durban and the southern Mozambique Canal, U-160 succeeded in sinking six merchant ships between March 3 and 11, for a total of 38 grt.

In the second half of March, Group Seal was ordered to return to the operational area between Cape Town and Port Nollot. In late March, U-509 and U-516 sank two more merchant ships in the Walvis Bay area. 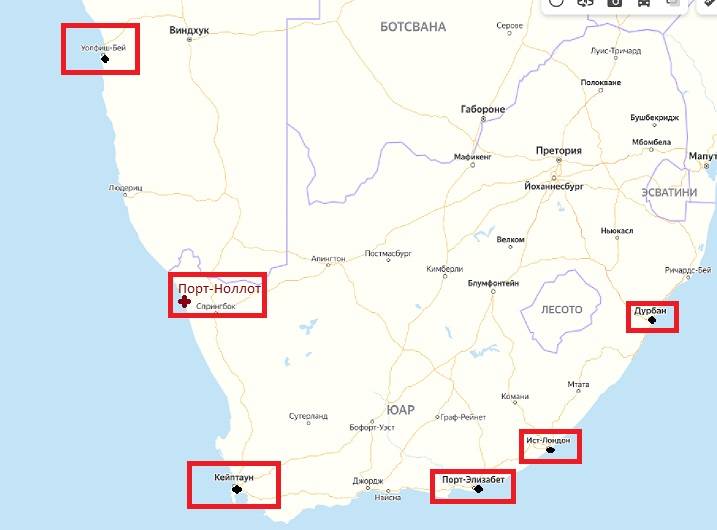 Despite the fact that no submarine was lost during Operation Seal, the results were not as successful as compared to the Eisbar. In the period from February 10 to April 2, 1943, a total of 14 merchant ships (total 85 brt) were sunk.

Note. The submarine was carrying out a covert operation. On April 21, U-180 rendezvous with Japanese submarine I-29 east of Madagascar in the Indian Ocean. The leader of the Indian independence movement, Chandra Bose, and two shipbuilding officers of the Japanese Navy boarded I-29. Captains Amy Tetsushiro and Tomonaga Hideo, who were supposed to learn submarine construction techniques upon their arrival in Germany, boarded the U-180, and two tons of gold bars were received as payment from Japan for weapons technologies.

In the operational area off the South African coast, U-180 sank only one ship.

During April-May, U-180 was joined by U-177, U-181, U-178, U-197 and U-198. Seven merchant ships were sunk in May. At the end of June, the submarines replenished their supplies from the German surface tanker Charlotte Schliemann, 100 miles south of Mauritius. 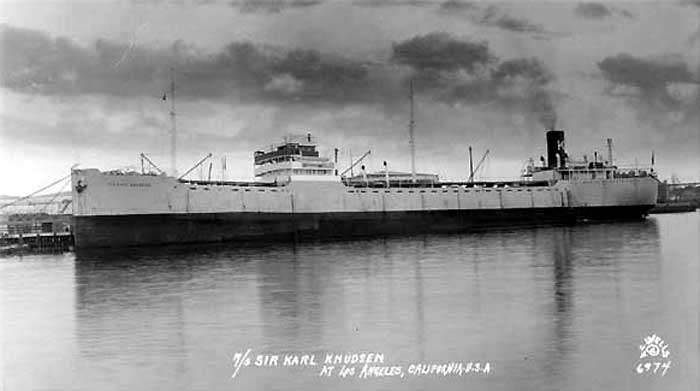 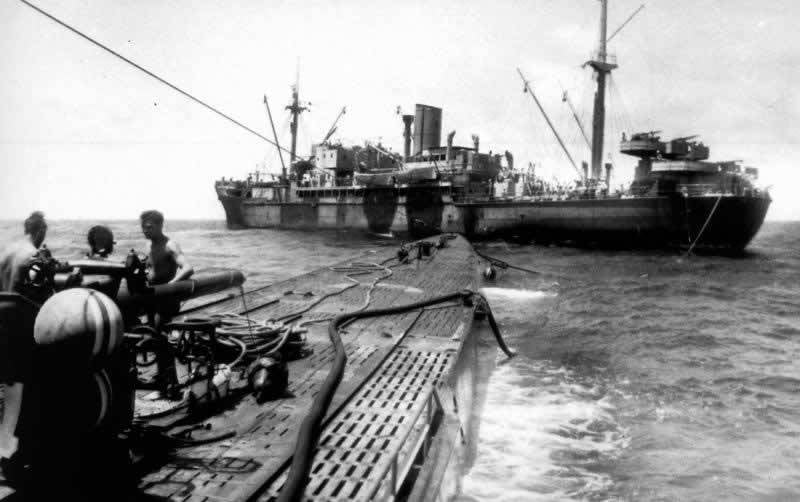 Refueling the boat. The supply vessel Piton is fueling the U-124 submarine.
After resupply, six submarines were sent to new operational areas. They operated along the east coast of South Africa between Laurenzo Markish and Durban, Mauritius and Madagascar. While patrolling south of Madagascar on 20 August, U-197 was sunk by depth charges from two Catalina-class aircraft of RAF 259 Squadron. 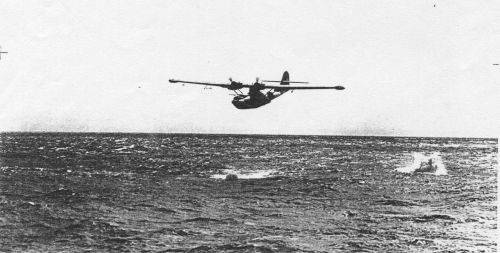 Despite the countermeasures taken by the UDF, the Doenitz submarines still managed to sink 50 merchant ships (a total of 297 GRT) during the entire 076 off the coast of South Africa.

German submarines operating off the coast of South Africa during World War II accounted for 114 sunk merchant ships (total displacement 667 brt), which is only 593% of the total tonnage of ships and ships sunk by German submarines during the war.

Throughout the war, the total trade tonnage lost in South African waters from sea mines, surface raiders and submarines was 885 brt. Of this number, 818% is accounted for by successful submarine attacks.

In the aftermath of Operation Eisbar, UDF and South Atlantic Command learned lessons and action to prevent the same situation from recurring.

A network of radio direction-finding stations has been deployed on the South African coast. So, using radio interception and direction finding, the position of U-197 was determined. After South African countermeasures were stepped up after October 1942, a gradual decrease in the number of merchant ships sinking by submarines became apparent.

However, for a short time, the German submariners managed to throw the shipping off the coast of South Africa into disarray.

Ctrl Enter
Noticed oshЫbku Highlight text and press. Ctrl + Enter
We are
Under the waves of the BalticIcy embrace of the North. Soviet submariners is dedicated
Military Reviewin Yandex News
Military Reviewin Google News
248 comments
Information
Dear reader, to leave comments on the publication, you must sign in.