Bosnia and Herzegovina in the XX and XXI centuries 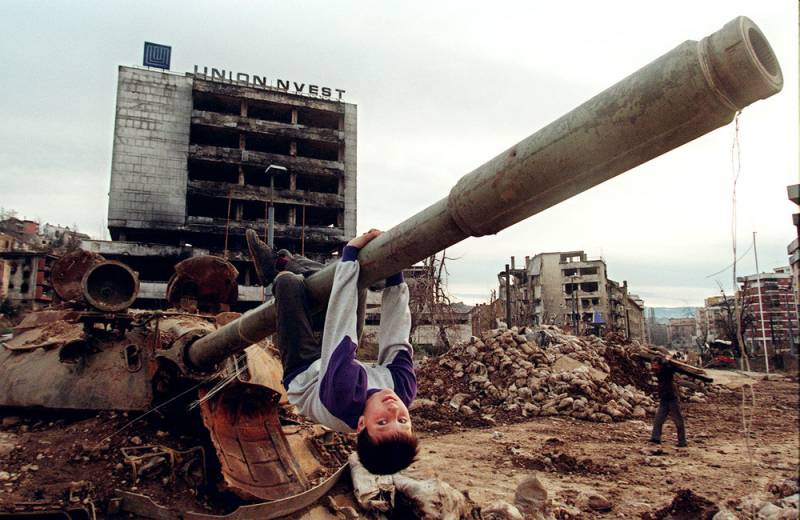 Bosnia and Herzegovina in the first half of the XNUMXth century

After the end of World War I, Bosnia and Herzegovina became part of the Kingdom of Serbs, Croats and Slovenes, which in 1929 became known as Yugoslavia. This is surprising to many, but even then, in the territory of BiH, Sharia courts operated, which were abolished only in 1946 (and the wearing of the burqa by women was prohibited only in 1950).

In 1941, Yugoslavia was occupied by the troops of Germany, Italy and Hungary, and Bosnia and Herzegovina became part of the puppet state of Croatia. Serbs, Jews and Roma were also massacred on the territory of BiH. Some Bosnian Muslims then entered the service in the 13th SS Division "Khanjar" (this is the name of the cold weapons type of a dagger), which until 1944 fought against the partisans, and then was defeated by Soviet troops in Hungary. 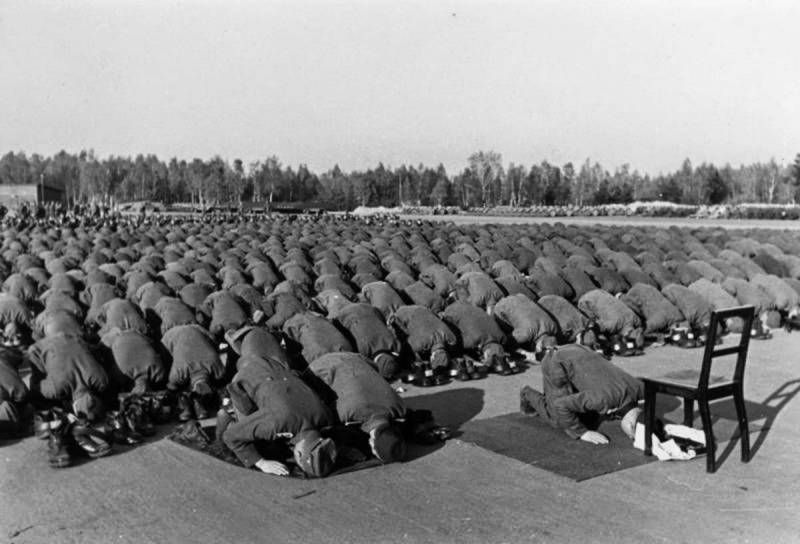 Prayer of Muslim soldiers of the SS "Khanjar" division, 1943
Its remnants retreated to the territory of Austria, where they surrendered to the British.

In turn, the Serbian partisans (Chetniks) brutally massacred the inhabitants of the captured Muslim villages, destroying, according to some sources, over 80 thousand people.

On April 6, 1945, partisans of Tito's army entered Sarajevo; by May 1 of the same year, there were no German troops left in Bosnia and Herzegovina, but the Ustasha units resisted until May 25.

This is how Bosnia and Herzegovina became part of Yugoslavia again.

In the Yugoslav Socialist Federation, Bosnia and Herzegovina received the rights of a separate republic - one of the six that was part of this state, the third in terms of area (after Serbia and Croatia). In Yugoslavia, it was one of the "underdeveloped" regions (along with Montenegro, Macedonia and Kosovo) and therefore received about twice as much from the federal budget as it gave in the form of taxes. This, by the way, caused discontent in the "rich" Slovenia and Croatia and was one of the reasons for the desire of these republics to secede from Yugoslavia. As a result, the volume of industrial production in Bosnia and Herzegovina from 1945 to 1983. grew 22 times. This republic also received huge investments in infrastructure during the preparation for the 1984 Winter Olympic Games (in Sarajevo). 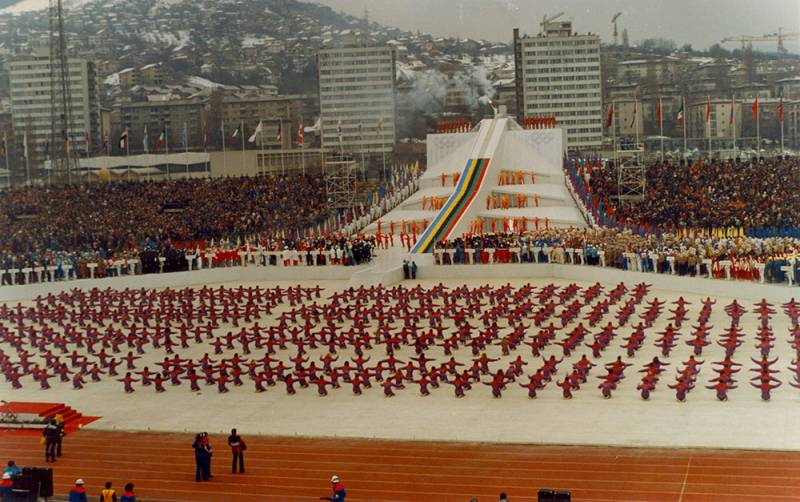 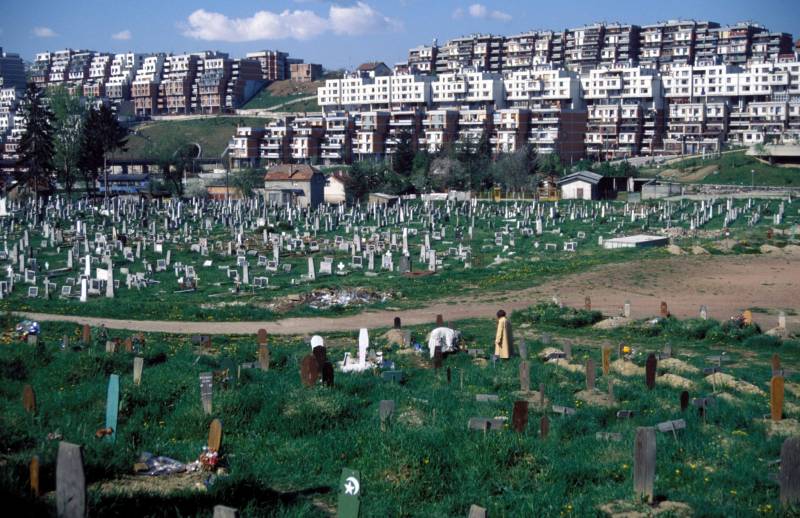 Olympic stadium in Sarajevo, 1995
Until 1966, Bosnia and Herzegovina was ruled mainly by Serbian officials, who set a course for a tough suppression of separatist sentiments. But then Josip Broz Tito decided to rely on local Muslim communists, to whom he gave a strange gift. It will probably be difficult for you to imagine that in Belarus (for example) Catholics will be declared a separate nation. But this is exactly what happened in Yugoslavia in 1971, when, on Tito's initiative, the status of a nation was assigned to the inhabitants of this region who professed Islam: this is how a truly unique people - “Muslims” - appeared here. In 1974, this status was assigned to them in the country's new constitution. Outside the borders of the former Yugoslavia, they still prefer to call them "Bosniaks" or "Bosniaks". 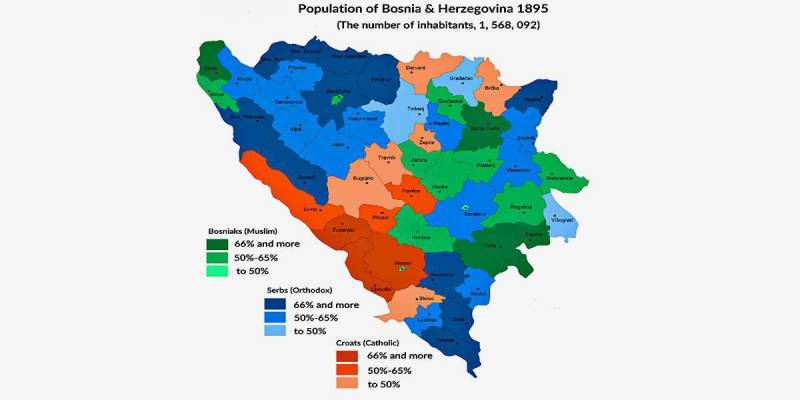 Ethnic composition of Bosnia and Herzegovina, 1895 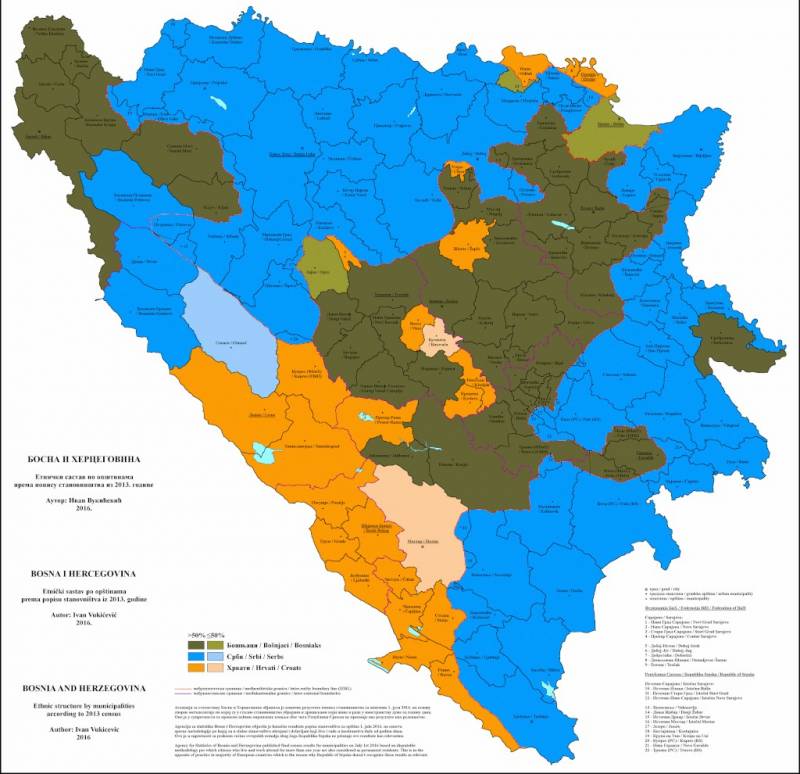 Ethnic composition of Bosnia and Herzegovina, 2013
In 1991, 43,7% of Bosniac Muslims lived in Bosnia and Herzegovina, 31,4% of predominantly Orthodox Serbs (while they constituted the majority in more than half of the territory of BiH - 53,7%) and 17,3% of Catholic Croats. About 12,5% ​​of the population of this region at the time of the last census called themselves Yugoslavs (they were mainly children from mixed marriages).

Beginning of the End

In November 1990, elections were held in Bosnia and Herzegovina on a multi-party basis, the results of which finally split the republic. The Muslim Democratic Action Party now openly opposed the Serbian Democratic Party.

But on March 1, 1992, the official authorities of BiH held a referendum on independence, in which only 63,4% of voters took part: 62,68% voted for leaving Yugoslavia. The degree of interethnic tension was rapidly growing, and in March 1992, the Bosnian Muslims began a "sniper war" against the Yugoslav army, as well as against peaceful Serbs. The Serbs "answered". As a result, the capital's street Dragon (or Snake) later received the name of the journalists "Alley of snipers." 220 people were killed here, including 60 children. 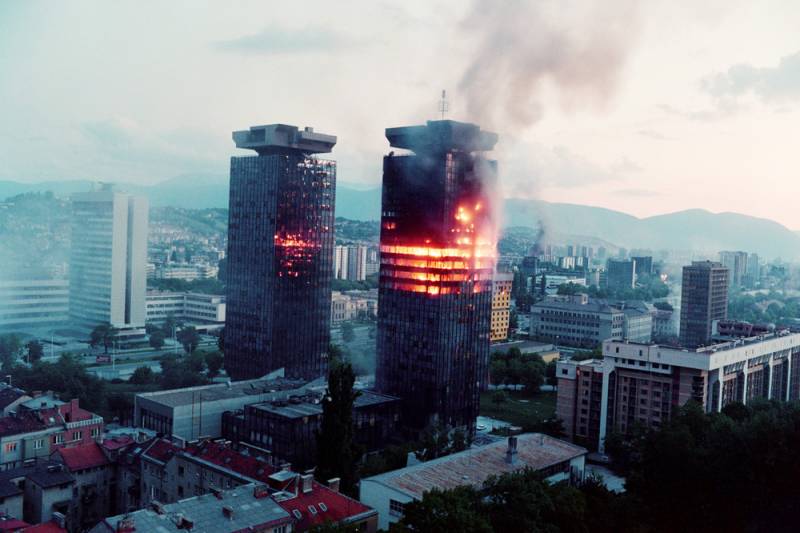 Dragon Street, Sarajevo, the Momo and Uzeyir towers are on fire, June 8, 1992 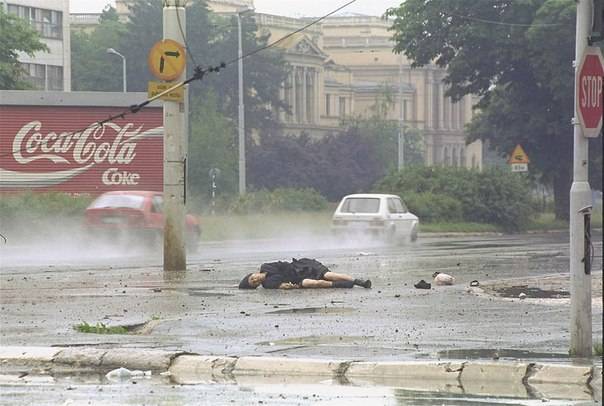 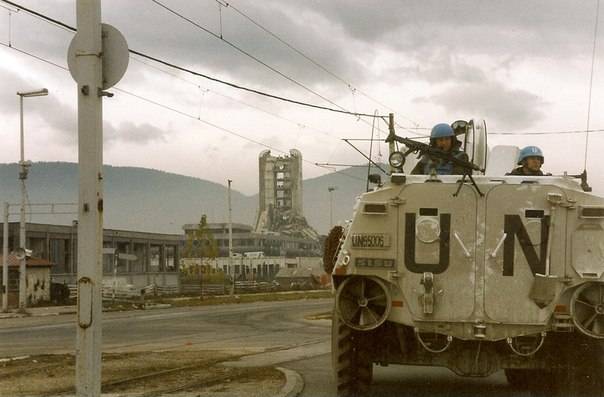 On March 23, 1992, the first open attack on a military unit took place, and in April detachments of armed Muslims began to seize administrative buildings and police stations. These events went down in history as the "Muslim putsch".

Units of the Yugoslav army were blocked by Muslims in their barracks and did not take part in hostilities: the Serbian Volunteer Guards and volunteer detachments tried to fight back.

On April 11, the political parties of BiH signed a declaration on a unified Sarajevo, on April 13 - a ceasefire agreement, which never came into force. And already on April 30, the Yugoslav People's Army was recognized as "occupation" by the Bosnians.

On May 2-3, new attacks were organized on the JNA barracks. The clashes lasted 44 days and claimed the lives of 1320 people. About 350 thousand people were forced to leave their homes. 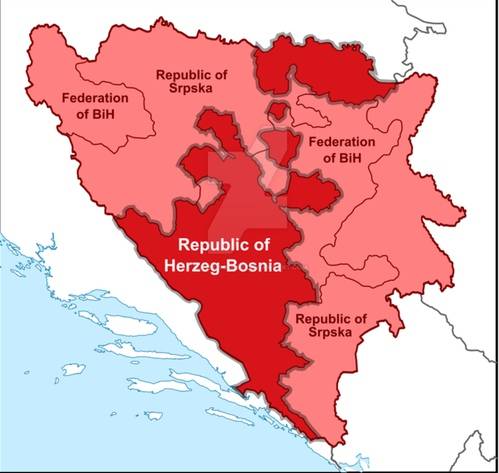 Republic of Bosnia and Herzegovina on the map
And the war of all against all began, which received the name Bosnian. The battles were fought by the "Serbian Republic Army" (commander - Ratko Mladic), the Muslim "Army of Bosnia and Herzegovina", units of the "People's Defense of Western Bosnia" (Muslim autonomists) and units of the "Croatian Defense Council". And then the army of independent Croatia also intervened in this conflict. 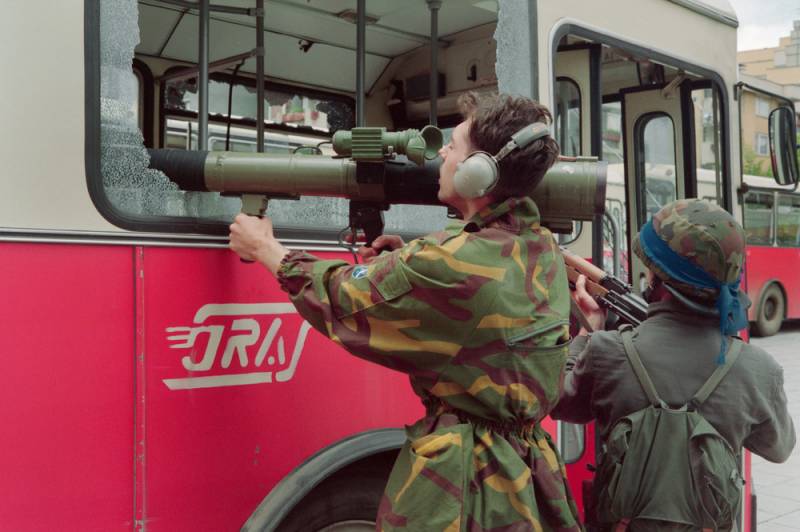 Sarajevo, 9 June 1992
At first, Croats fought against Muslims, and then, starting in 1994, Muslims and Croats - against Serbs. 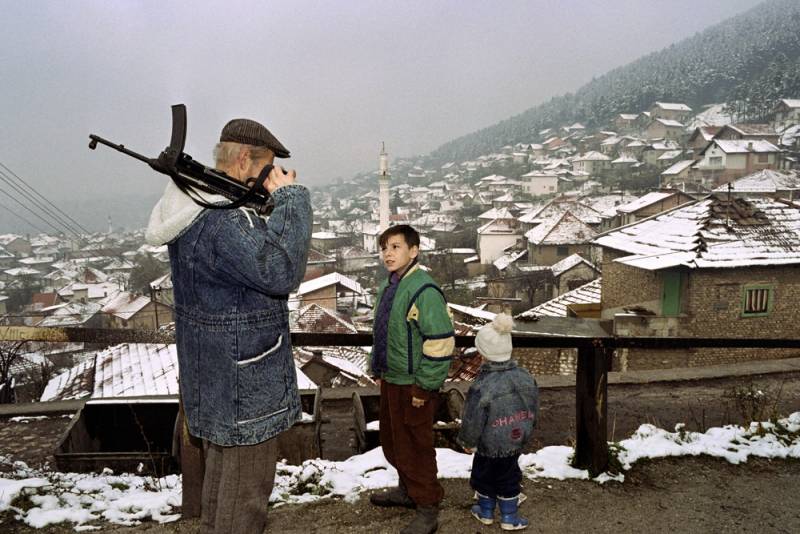 Bosnian with a gun, November 19, 1992, Sarajevo
From April 5, 1990 to February 29, 1996, the siege by the Serbs of the city of Sarajevo continued. Volunteers from the republics of the former USSR, united in the so-called "Russian volunteer detachments", fought on the side of the Serbs then. 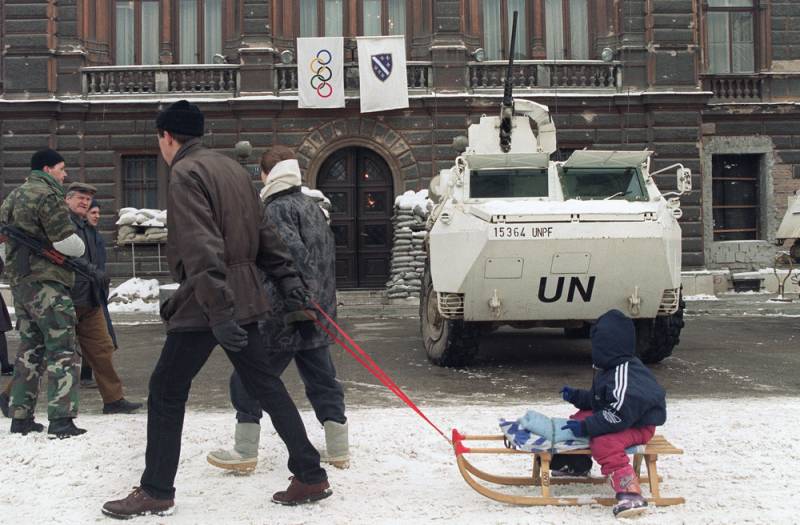 Sarajevo, 16 February 1994
The complete blockade did not work, because the Boshniks dug a 760-meter-long tunnel through which electrical and communication lines, an oil pipeline, and rails were laid.

One of the most tragic episodes of this confrontation was the hit of a shell on the main market square of Sarajevo on February 5, 1994: 68 people were killed, 200 were injured.

On February 28, 1994, over the city of Banja Luka, American F-16 fighters attacked 6 old Bosnian Serb attack aircraft (J-21 "Hawk"), which had neither anti-aircraft weapons, nor a chance to repel this attack: according to American data, 4 attack aircraft were shot down, Serbs reported the loss of 5 aircraft. 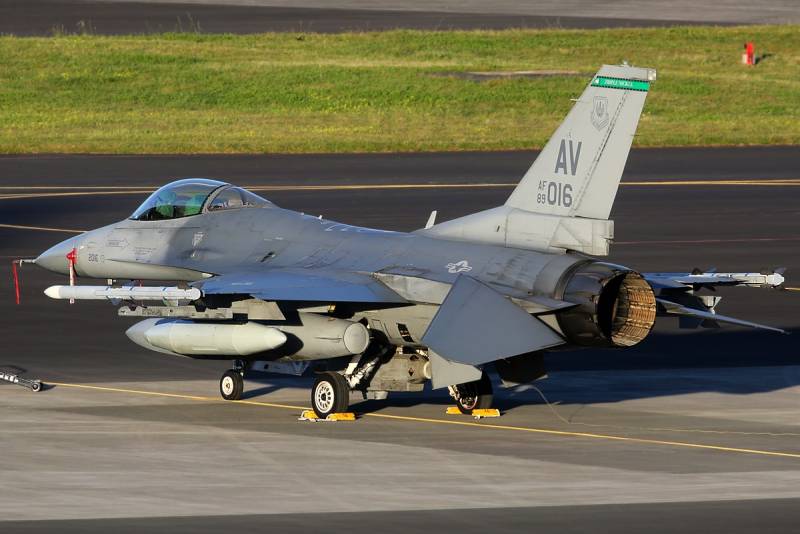 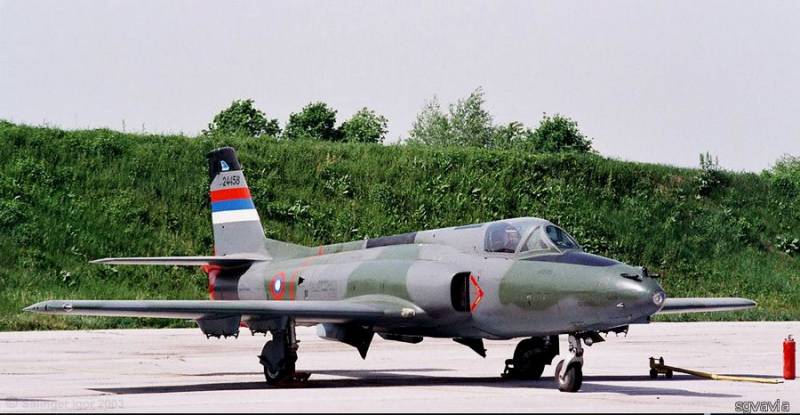 Attack aircraft J-21 "Hawk"
Another landmark site of the Bosnian War was the small mining town of Srebrenica, from which the Serbs were expelled by Muslims led by Nasser Oric (formerly one of Slobodan Milosevic's bodyguards) in May 1992. In the spring of 1993, the Serbs surrounded this enclave; the declaration of Srebrenica as a "security zone" and the introduction of peacekeepers from Holland saved the Muslims from complete defeat. The Serbs constantly accused the Muslims of Oric for raids from Srebrenica and tried to exchange this city for one of the Serbian suburbs of the capital. Finally, their patience ran out, and on July 11, 1995, Srebrenica was captured. According to the Serbian version, about 5800 fighters of the 28th Boshniak division then went on a breakthrough, having lost about 2 thousand people. More than 400 Muslim soldiers were then captured and shot. According to the Bosnak version, supported by the West, the soldiers of Ratko Mladic killed from 7 to 8 thousand Muslims. These events were called the “massacre of Muslims in Srebrenica”.

On August 28, 1995, another shell fell on the Markala market in Sarajevo: this time 43 people were killed and 81 were injured. UN experts could not determine the place from where the shot was fired, but the NATO leadership blamed the Serbs.

After the second explosion in the market and the "massacre in Srebrenica" NATO troops joined the fighting against the Republika Srpska. In August-September, the alliance's military aircraft began bombing the positions of the Bosnian Serbs. It was Operation Deliberate Force, NATO's first large-scale military operation in post-war Europe. The leadership of the alliance now calls this operation "one of the most successful peacekeeping measures." During its holding, the "peacekeepers" destroyed completely or partially about 3 thousand settlements, 80% of the country's industrial enterprises, 2000 kilometers of roads, 70 bridges and almost the entire railway network. It is scary to even think about what will happen to the territory on which NATO will conduct an "unsuccessful operation".

After that, on the basis of the so-called Dayton Agreement (negotiations took place from November 1 to 21, 1995 at the American military base in Dayton, Ohio), peacekeeping forces were brought into Bosnia and Herzegovina. The state was divided into the Federation of Bosnia and Herzegovina (51% of the country's territory), the Serbian Republic (49%, the capital is the city of Banja Luka) and a small Brcko district with an obscure status, which is governed by a person appointed by the High Representative of the countries of the Daytona Agreement. This district turned out to be necessary in order, on the one hand, to connect the two regions of Serbian Krajina, and on the other, to give BiH access to Croatia: 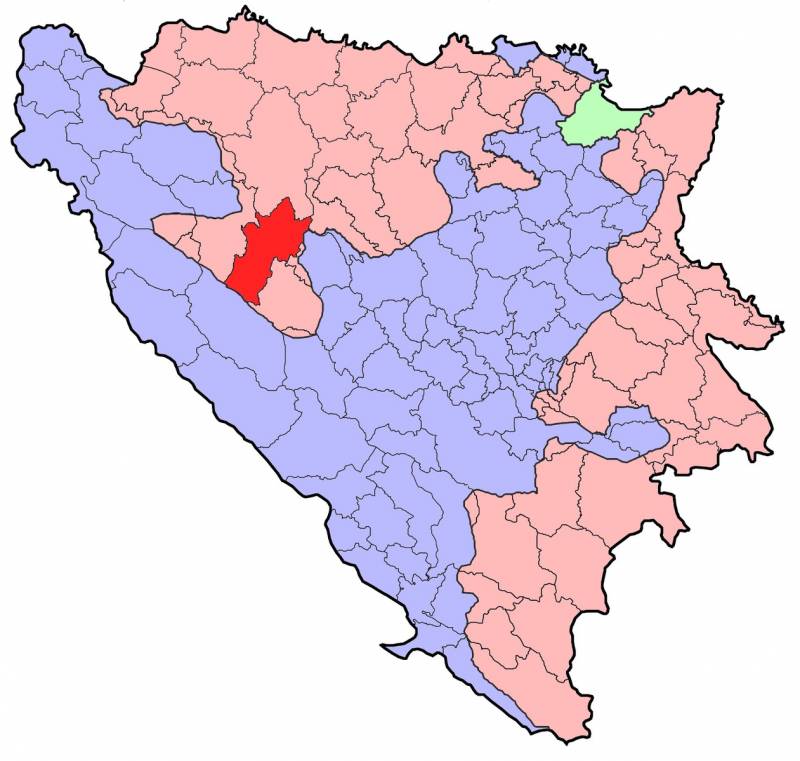 Currently, this country is governed by a presidium, which includes a Croat, Bosnjak and Serb.

Bosnia and Herzegovina after the Dayton Accords

As a result, the victims of the Bosnian war were (according to various estimates) from 100 to 200 thousand people, most of whom were civilians. Over 2 million people were forced to leave their homes. Elena Guskova, a Russian Balkan historian, gives the following figures:

During the war years, 100 thousand people died, of which 90% were civilians. From 2,5 to 3 million people left their homes: 800 thousand Serbs from Western Herzegovina, Central and Western Bosnia, 800 thousand Muslims from Eastern Herzegovina, Krajina and Eastern Bosnia, about 500 thousand Croats from Central Bosnia.
The economy of Bosnia and Herzegovina never fully recovered after this war, the level of production is about 50% of the pre-war level. According to official data, in 2014, 43,7% of able-bodied citizens were unemployed (but, since the “shadow economy” is very strong in BiH, actual unemployment that year, according to the World Bank, was 27,5%).

And now let's go back a little and look at the state of Turkey, the former Metropolis of the Balkan countries, at the beginning of the XNUMXth century.

Ottoman Empire on the eve of World War I 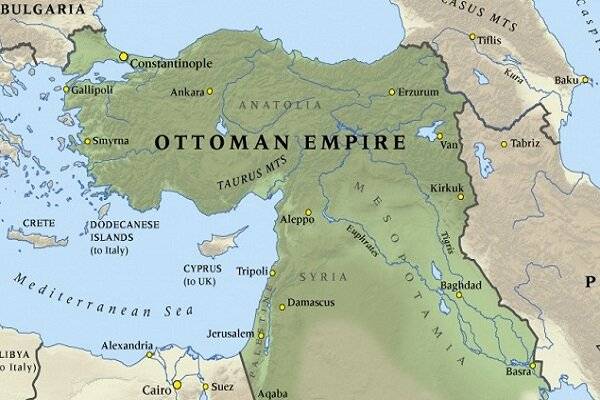 The territory of the Ottoman Empire before the start of World War I
Having suffered defeat in the I Balkan War (1912-1913, the opponents of the Ottomans - Serbia, Greece, Bulgaria, Montenegro), this country lost almost all European territories, retaining only Constantinople and its surroundings. In the II Balkan War (June-July 1913 on the side of Greece, Serbia, Montenegro and Romania against Bulgaria), the Ottomans managed to return part of Eastern Thrace with the city of Edirne (Adrianople). Turkey also retained significant territories in Asia - the lands of such modern states as Iraq, Yemen, Israel and the Palestinian Authority, Lebanon, Syria and partly Saudi Arabia. Turkey formally also belonged to Kuwait, which by that time was actually a British protectorate.

Take another look at the map of the Ottoman Empire in 1914, see what territories it has already lost, and how much the territory of this country has decreased: 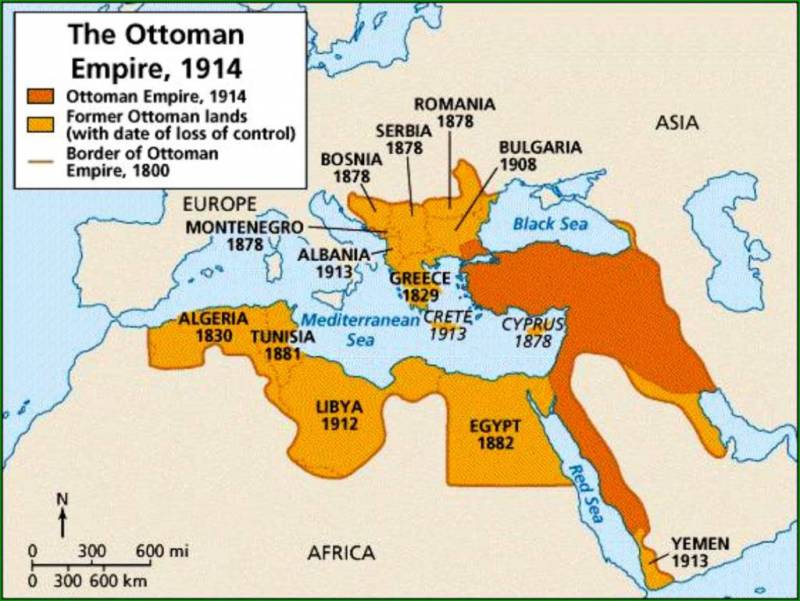 The entry into the First World War became fatal for the aging and losing empire.

The following articles will tell about the fall of the Ottoman Empire, the shameful Mudross truce and the humiliating Sevres peace treaty, the wars of the Turks with Armenia and Greece and the formation of the Turkish Republic.

Ctrl Enter
Noticed oshЫbku Highlight text and press. Ctrl + Enter
We are
How Bosnia and Herzegovina became independentDay of the Republic of Serbian Army. A memorable date for the Bosnian Serbs
Military Reviewin Yandex News
Military Reviewin Google News
58 comments
Information
Dear reader, to leave comments on the publication, you must sign in.