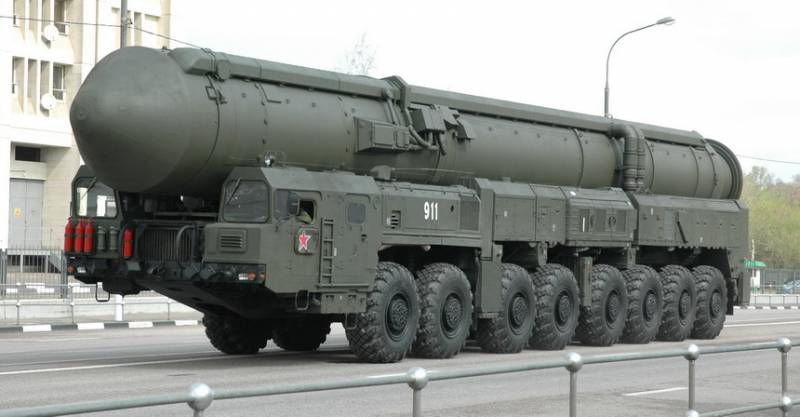 On July 23, 1954, a Special Design Bureau was formed in the Byelorussian SSR on the basis of the Minsk Automobile Plant. Legendary Boris Lvovich Shaposhnik supervised the development. In the shortest possible time, it turned out to create the most complex strategic vehicle MAZ-535. The design bureau managed to do this in just five years - 1954-1959. Yes, readers will forgive me, but here it is impossible not to draw parallels with the modern Russian development "Platform-O", which KamAZ has not been able to bring to mind for more than ten years. More recently, an electric rocket ship, designed to destroy the Belarusian monopoly in special wheeled chassis, began to be developed anew. In the Soviet Union, a heavy car was created practically from scratch in just five years. Undoubtedly, the MAZ-535 had a bunch of shortcomings - the short life of the V-2 tank diesel engine, the low reliability of key components, and high oil and fuel consumption. But it was a real rocket carrier that the army demanded. Later, the car was upgraded to a tank tractor and production was transferred to a backup plant in Kurgan. What problems are faced by modern engineers, who openly delay the development of the "Platform-O" project? This question remains rhetorical.

The most successful development of the Special Bureau of the Minsk Automobile Plant was, of course, the two-cab MAZ-543, which is still produced in various variations! But the technique could be considered successful for the first forty to fifty years. This year, in all respects, the obsolete car will turn 64 years old. Few military developments can boast such a long history... Now the classic Volat MAZ is exported mainly to Russia, it is used as a platform for the Smerch, Tornado-S MLRS, the Bereg artillery complex and the S-300PS air defense system. The Russian army has to buy ancient chassis simply because Belarusians do not want to offer anything else in this segment. 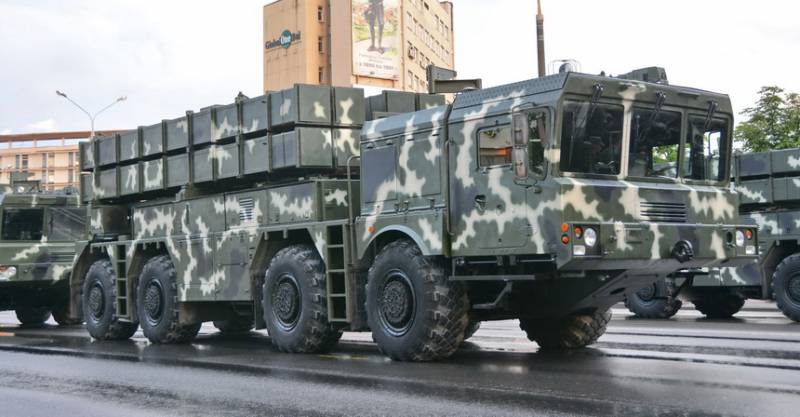 MZKT-7930 is not particularly in demand at home. Only as a carrier of "Polonez".
Source: autoreview.ru
The successor of the 543rd was supposed to be the MZKT-7930, but the car became only its more modern analogue, produced in parallel. Now chassis 7930 can be seen in the operational-tactical Iskander. The Belarusians have adopted this vehicle as a carrier of the Polonez rocket launcher. By the way, there are no more such vehicles in the Belarusian army. As well as missing in service with the MZKT-79221 - huge sixteen-wheeled carriers of Russian intercontinental ballistic missiles. Now this unique product is exported exclusively to Russia, however, nowhere else are such monsters in demand. The eight-axle and eight-hundred-horsepower Volat is capable of carrying up to 80 tons, while consuming about 300 liters of fuel per 100 km - like several combat tanks!

The Minsk Wheel Tractor Plant has produced about 67 thousand vehicles over 27 years of operation, more than three quarters of which were exported to other countries or to the republics of the USSR. Currently, the situation has not fundamentally changed. In other years, up to 68% of all products were purchased by the Russian armed forces, some went to third countries, and only 14% went to Belarus. At the same time, the production range includes not only special wheeled chassis, but also ordinary trucks MZKT-600103, which the RF Ministry of Defense will never purchase. True, the military of Belarus is not in a hurry with purchases - only the baby MZKT-500200 (analogue of the GAZ-66) was accepted into the border troops for supply. As a result, a unique enterprise has grown up in Minsk, oriented almost entirely towards export. In this case, the main buyer is the union state, which provides the lion's share of the proceeds. Maybe it would be much more logical to buy the MZKT from Alexander Lukashenko for the personal needs of the Russian army?

MZKT is not for sale!

Ten years ago, the Russian defense-industrial complex was going through a stage of consolidation of efforts. Large clusters dealing with strategic products were formed. A country that considers itself not only a regional leader, but also one of the actors in a multipolar world, is simply obliged to provide itself with a strategic weapons yourself. In this regard, MZKT clearly dropped out of the concept. The mobility of nuclear weapons has depended and still depends on the supply of products from a foreign plant. Since 2011, Dmitry Medvedev has been in unsuccessful negotiations with the Belarusian leadership on the sale of 100% of the plant's shares, or at least a controlling stake. The situation in the negotiation process was seriously aggravated by the Ukrainian history, when Russia was practically left without a whole complex of imported units. This paralyzed the domestic helicopter and shipbuilding industry for some time. Analysts in the Kremlin watched with dismay at Minsk's flirtation with foreign partners in the military-technical sphere. Also, no one canceled their anti-Russian Maidan in Belarus, the losses from which for the domestic military-industrial complex would be much larger than the Ukrainian ones. Lukashenka felt this subtly and constantly evaded the sale of the wheel tractor plant. In 2016, Dmitry Medvedev at the "Motovilikhinskiye Zavody" in Perm said in his hearts:

They sold us this MZKT for three years, but we did not agree on anything. They don’t want to sell, we don’t need to, we will establish production at KAMAZ. 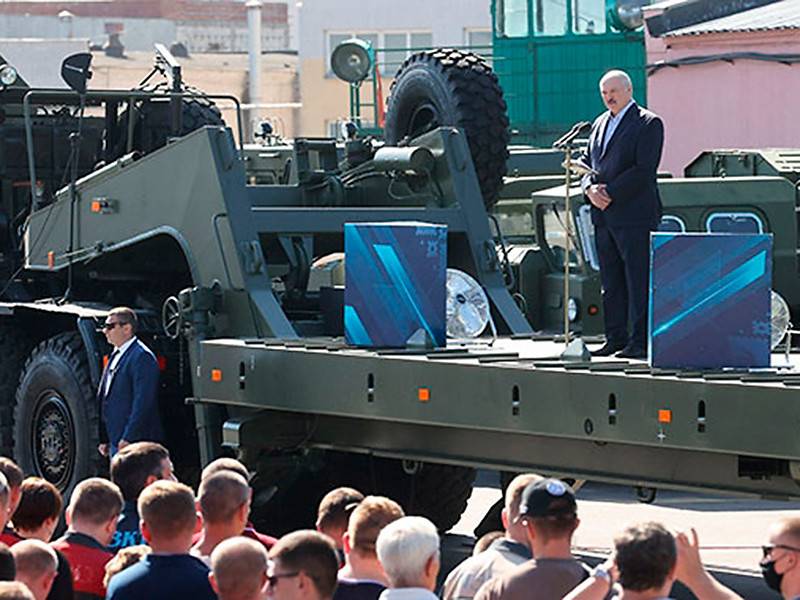 Now Alexander Lukashenko has a complicated relationship with the workers of the MZKT. Photo: Nikolai Petrov / BELTA POOL / EPA-EFE
The plans were to merge factories in Naberezhnye Chelny and Minsk into one mega-holding. According to the most popular legend, Lukashenka then demanded a gigantic $ 3 billion for the Minsk plant or a controlling stake in Bashneft worth 330 million rubles. In an interview in 2016, the Belarusian leader mentioned Russian interest in four enterprises of the military-industrial complex at once and offered Moscow something similar to barter:

Moscow did not even respond to such a "tempting" offer.

After the actual failure of negotiations with Belarus, analysts predicted only 5-6 years for Russia to develop its MZKT-79221 missile carrier. Of course, it is very expensive and difficult to create from scratch, it is much cheaper to purchase finished products. It's 2021, but there is no information about the development of the Platform-O family, not to mention the replacement of the Minsk chassis in the regular troops. The only hope is for the cars of the Bryansk Automobile Plant, but they have so far begun to re-equip the air defense equipment of the Almaz-Antey concern. 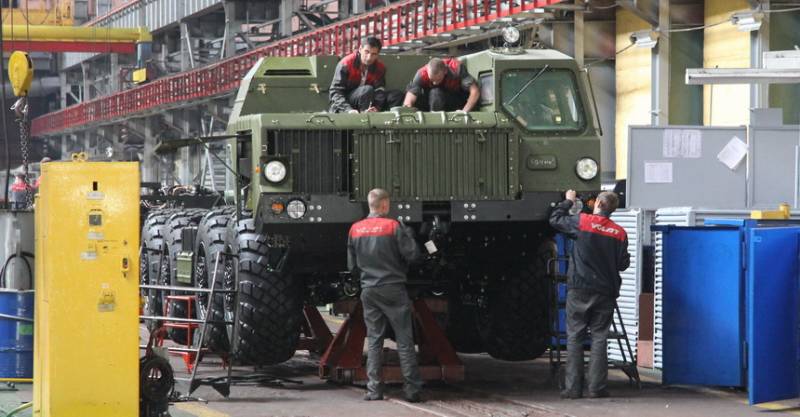 The obsolete Volat (actually MAZ-543) is still being bought by Russia. Source: autoreview.ru
A unique situation has now emerged at the Minsk Wheel Tractor Plant. First, a strong design staff has been formed, tempered by decades of developing sophisticated technology. The whole Institute of Mechanics and Reliability of Machines of the National Academy of Science of Belarus works for the needs of the enterprise. This, by the way, is worth learning in the Russian military-industrial complex. Secondly, the headquarters of MZKT managers are doing their best to diversify the production range. So, for example, a terminal tractor MZKT-730240 appears to work in ports. There are several models of armored cars in development that are not intended for Russia at all - the Belarusians are trying to get away from Russian dependence. And everything would be fine, but Alexander Lukashenko frankly spoils the story. Now he has actually driven the country into international isolation, leaving only Russia and China among partners. Why not take advantage of the situation now and make Minsk an offer that it cannot refuse? It's high time, especially since Lukashenka simply has no room for maneuver - he certainly won't dare to ask an oil company in exchange for MZKT. However, this scheme has many complications.

It was not completely clear in 2011, and five years later, how can you buy a military-industrial complex located abroad? Even on the territory of a still friendly state. Technically, everything is simple - I gave the money, and the MZKT, according to the documents, is in Russian ownership. But this is not the Mistrale helicopter carrier, it cannot be moored in the port. Where are the guarantees that the new government, who replaced Lukashenka, or even he himself will not nationalize the plant? The example of Opel, owned by General Motors, and which the Germans seized at the beginning of World War II, does not exclude such a development of events. Yes, after the war it was returned to its owners, but 160 Opel Blitz medium-duty trucks managed to serve the Wehrmacht gloriously. Therefore, the purchase of MZKT for the needs of the Russian Ministry of Defense initially looked like a gamble. Unless, of course, Moscow's plans were to slowly move the entire plant to Naberezhnye Chelny together with the design headquarters.

There is only one thing left - to develop our own production of special wheeled chassis, to educate designers, engineers and technologists of the appropriate level. If this is in principle feasible, then MZKT can only sympathize - the revival of the Russian "Platform-O" in the correct execution will actually kill the Minsk plant. Or, at best, it will turn into a small-scale subsidized atelier carrying out rare orders for exotic heavy trucks.