From Soviet technology to Chinese: an example of rearmament of the PLA 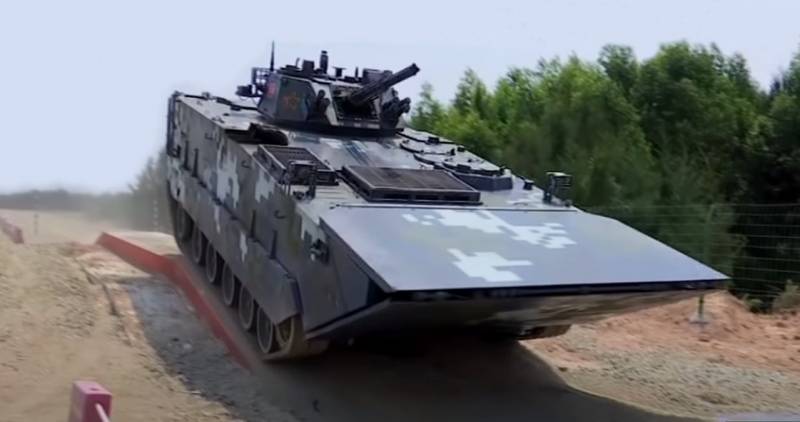 The 2nd Jinan Regiment of the former 91st Motorized Rifle Division [reorganized into the 91st Airborne Assault Brigade] has completed the renewal of its logistics unit. On the example of this rearmament, one can assess the ongoing reconstruction of the army in China.

The PL-96 is a Chinese copy of the Soviet 122mm D-30 gun, adopted by the SA in 1960. Currently, the howitzer is found in the Russian troops mainly in the Airborne Forces, but is still widely represented in the PLA. To replace it, the specified regiment was replaced by a 97-mm PLZ122B self-propelled artillery system based on the ZBD-07 infantry fighting vehicle, which was first shown to the general public in 2009 (PLZ07 is the basic version, PLZ07B is an amphibious modification).

The BTR Type 63 was not based on Soviet prototypes and became the first self-developed armored personnel carrier in the PRC. It was mass-produced since the late 1960s and managed to take part in the battles of the Vietnam War. In the 2nd regiment, it was replaced by the ZBD05 amphibious infantry fighting vehicle, which has been in operation in the Chinese troops since 2006.

The Type 63A is a modernization of the Type 63 amphibious tank (not to be confused with an armored personnel carrier with a similar designation), which in turn was created on the basis of the Soviet PT-76 and has been in operation since 1963. Instead, the Jinan Regiment received a light amphibious tank ZTD05 (also referred to as an assault cannon in a number of sources), which began service in 2005.

Ctrl Enter
Noticed oshЫbku Highlight text and press. Ctrl + Enter
We are
Summary of the week from voenkor Mag about events in the DNI and LC 21.04.18 - 27.04.18The latest Chinese BMP got into the lenses of the trainers
Military Reviewin Yandex News
Military Reviewin Google News
10 comments
Information
Dear reader, to leave comments on the publication, you must sign in.