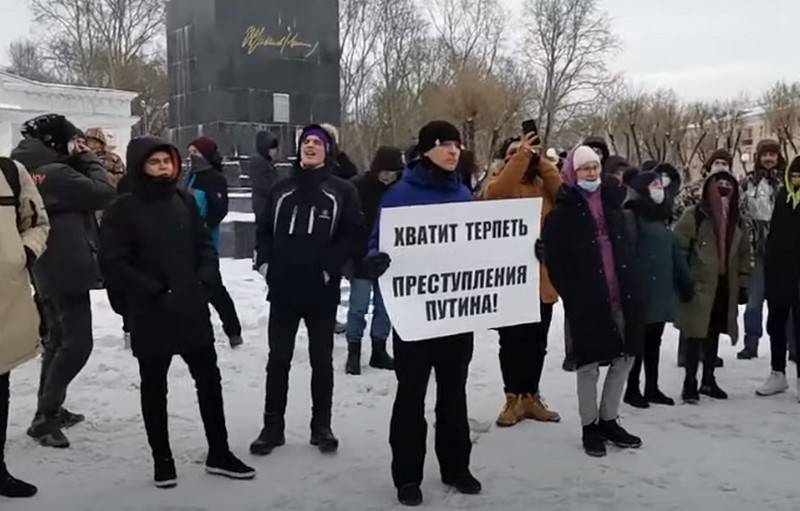 The Investigative Committee and the Russian Supreme Court upheld a bill that would criminalize the involvement of minors in illegal rallies.


The new bill was developed by State Duma deputy Yevgeny Marchenko. He proposes to replace the administrative liability for involving minors in illegal rallies with a criminal one, which provides for imprisonment for up to five years. In addition, the same bill proposes to punish with imprisonment up to 10 years for persuading teenagers to organize mass riots.

This bill was considered by the Investigative Committee of the Russian Federation. The UK said that the existing measures can no longer ensure compliance with the requirements of the law, therefore, the tightening of liability is "conceptually supported."

The bill was also considered by the Supreme Court of the Russian Federation. The official response says that the Armed Forces have comments of both legal and technical nature.

The bill is currently being considered by the Russian government.

As previously reported, the Investigative Committee opened a criminal case over the dissemination of appeals to minors on social networks to participate in illegal rallies of Navalny's supporters on January 23.

Navalny's supporters post publications on the Internet, social networks (...) in which they urge minors to participate in unauthorized rallies in Moscow and other Russian cities on January 23. Within the framework of the criminal case, a set of investigative actions and operational-search measures are being carried out aimed at identifying the persons who published calls to an unlimited circle of minors to participate in illegal activities
- said in a statement to the UK.
Ctrl Enter
Noticed oshЫbku Highlight text and press. Ctrl + Enter
We are
Reports from the militia of New Russia for 27-28 September 2014 of the yearDecember 2010 years. Russian March. Senseless and merciless? Notes not a Russian person
Military Reviewin Yandex News
Military Reviewin Google News
514 comments
Information
Dear reader, to leave comments on the publication, you must sign in.