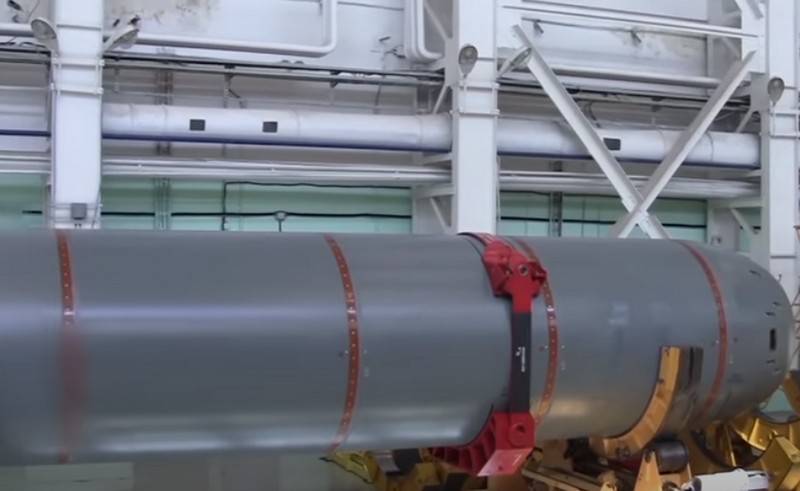 Russia continues to invest heavily in the development and construction of Doomsday torpedoes, unmanned underwater vehicles capable of destroying the US coastline. According to the author of an article published in the American magazine Forbes, the Poseidons are Russia's insurance in case the US missile defense intercepts all Russian ballistic missiles.


The Kremlin is serious about adopting nuclear-powered Poseidon underwater drones equipped with a "huge" warhead "dirty nuclear bomb" capable of destroying US coastal cities and naval bases, the author writes.

Currently, the Russian military is not only building a special new base to house the Poseidons, but are also building four submarine carriers for nuclear drones that will deliver torpedoes to the right place for launch.

The task of these carriers is to transport six Poseidons in their holds to the launch areas, from where they can safely launch at a time when "nuclear missiles have already destroyed both Russia and the United States."

Given the fact that Russia spends billions of dollars on the construction of Poseidons and their carriers, it can be argued that for this weapon The Kremlin has high hopes.

The author admits that the American missile defense system is not as "good" as it is claimed, and is unable to intercept all ICBMs, but the Kremlin does not want any risks.

The Putin regime may view Poseidons and their carriers as a kind of underwater insurance policy in case America is lucky enough to be able to shoot down ballistic missiles.
- he concludes.
Ctrl Enter
Noticed oshЫbku Highlight text and press. Ctrl + Enter
We are
Yuri Drozdov: Russia prepared the role of the sacrificial calfThe Dangerous Future of US Strategic Forces (PetroleumWorld, Venezuela)
Military Reviewin Yandex News
Military Reviewin Google News
65 comments
Information
Dear reader, to leave comments on the publication, you must sign in.