Bandits destroyed, you need to look for bandits 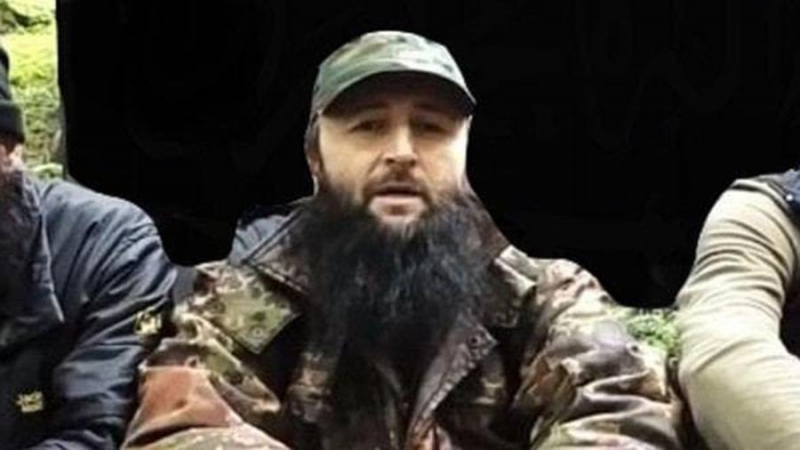 Recently, on January 20 of this year, the head of Chechnya, Ramzan Kadyrov, reported on the elimination of the last terrorists from among those who were once put on the federal wanted list. To be honest, it was very strange to receive a lot of questions about this operation. The media, both regional and federal, paid a lot of attention to this operation.


I'll start with the quite expected statement of the press secretary of the Russian President Dmitry Peskov:

President Putin congratulated Ramzan Kadyrov and other participants in the operation on the destruction of a group of Byutukayev's bandits. The operation was attended by the structures of the National Guard and also the operational regiment of the Chechen Republic, and Ramzan Kadyrov also personally participated. All of them, as the president said, will be presented for state awards.
During the operation, 6 militants were killed. Losses among the personnel of the regiment named after A.Kh. Kadyrov and Rosgvardia are gone. Two commandos are in the hospital (traumatic brain injury and concussion), two are lightly wounded in the limb. In general, the operation was successful. The task was solved.

Where did "Amir Khamzat" come from?

For people who have little interest in the events in the Caucasus, it often seems that bandit formations are constantly appearing there. Some appear, others disappear somewhere. In the same way, the commanders of these gangs appear from somewhere. In fact, the commander does not disappear into nowhere and does not appear out of nowhere. The commander simply changes his callsign.

This is done for several reasons. First of all, to knock off the trail of those who are looking for this bandit for committing some crimes, most often loud, demonstrative. Then, this is a way to get the bandit out of the care of the special services. Remember how many times the most odious commanders of bandit formations were “killed”? Well, and the psychological impact on the local population. They cannot kill him, which means that he is very powerful and knows very respected people.

During the last phase of the operation, according to the NAC (National Anti-Terrorism Committee - author), six terrorists were killed, among whom their commander Aslan Byutukaev was identified. This bandit acted under the name of Amir Khamzat. Prior to the appearance of this name, it passes through the NAC reports as Abubakar.

But this is just another name for this terrorist. More precisely, this is his title name. Byutukaev was “the last emir of Chechnya,” as the bandits themselves called him. We first heard this name after the terrorist attack at Domodedovo airport in 2011. Then Aslan Byutukaev was first named Amir Khamzat.

After Byutukaev took responsibility for the attack, which claimed 37 lives, it became clear that it was this militant who was training suicide bombers. And the positions in the gangster hierarchy after the elimination of the militant commanders at "Amir Khamzat" became quite serious.

Why have they been looking for a terrorist for so long

Interest Ask. But the answer is quite simple. Byutukaev is a native of Achkhoy-Martan, who knows local customs well and skillfully uses them. In addition, he had never been in the lead roles until 2010. An ordinary field commander, no more. It was only the scandal between Doku Umarov and other field commanders of the Caucasus Emirate that made him a well-known terrorist.

Seriously, this bandit was taken up after the aforementioned terrorist attack in Domodedovo. It was then that reports appeared in the press about the existence of a training camp for suicide bombers near the Ingush village of Ali-Yurt. The insolence of the bandits reached the point that on January 14 they warned in a video message from the death camp about the impending terrorist attack.

So, they started looking for "Amir Khamzat". But searches were periodically stopped due to the fact that the gang was operating on the territory of not only Chechnya, but also Ingushetia. Moreover, when it got very hot, the terrorists left for a neighboring state. The bandits were caught, destroyed, but the leader left.

Probably, December 4, 2014 should be considered the moment of transformation of Byutukaev into a “mad dog”. It was on this day that a group of militants dressed in police uniforms attacked a traffic police post. 3 employees were killed. The CTO regime was introduced in the city. The gang was blocked in the Press House.

The reason for the attack, which the terrorists stated then, is interesting. "Fight against the oppression of Muslim women!" But it seems to me that Kadyrov was the goal of Byutukaev. More precisely, the strengthening of his influence in the Caucasus. And the serious work to identify the bandits led to the fact that the population's support for Chechnya and Ingushetia has sharply decreased.

Many have forgotten this history, and yet the operation was then very serious. Kadyrov accepted the challenge and personally headed the CTO. The fact itself is unremarkable, if you do not take into account the mentality of the Caucasians. Kadyrov acted extremely tough, unexpectedly for the terrorists. The printing house was practically destroyed. The city market "Berkat" located next to it burned down. The militants were entrenched in the building of school number 20, where they were destroyed. The losses amounted to 14 people from the Ministry of Internal Affairs of the Russian Federation and 11 bandits.

Let me remind you one more fact from this recent history. Ramzan Kadyrov's statement on the eviction of the bandits' relatives from Chechnya, made by him the day after the operation. How the "human rights activists" soared then. Kadyrov did not carry out the threat, but after some time, on December 7, 14 cars with unknown people arrived in the village of Yandi, who burned down 4 houses of the bandits' closest relatives.

The earth is burning underfoot and the future is known

The authorities' actions seriously frightened the militants. It became clear that they had to flee from the Caucasus. The hatred of the local population made it impossible to even just sit out in the mountains, not to mention any active actions.

In 2015, Aslan Byutukaev was already in IS (banned in the Russian Federation). He is already a well-known terrorist, and using such a person as cannon fodder is stupid. Therefore, it is used for PR. Byutukaev publicly swore allegiance to IS leader Abu Bakr al-Baghdadi on behalf of the entire Islamist underground in Chechnya.

It would seem that there can be no return to Chechnya or Ingushetia. But Syria is not an option for a bandit either. It is known that he is there, and the work to find him continues. Realizing this, the terrorist flees to Turkey, where he sits like a mouse. It's clear. Relations between the presidents of Russia and Turkey are quite warm, and in order to achieve his goals, Erdogan can simply extradite Butukaev to Russia. But no one is going to feed him for his beautiful eyes.

It became very difficult after the bandit was included in the lists of terrorists of the United States in July 2016 and the EU in August of the same year. This was the reason for the gang's return to Chechnya. More precisely, to the border of Chechnya and Ingushetia, to the valley of the Assa and Fortanga rivers. The Russian special services quickly became aware of the return. An operation to destroy the bandits began. It was clear that they would not be able to undertake serious actions, but they could do small operations.

The most tragic for the gang was 2020 - early 2021. During the year, 16 militants were killed. The gang was truly international. For many, the news about the Ukrainians came as a surprise. For some reason, the majority decided that they appeared in the gang recently. No, the Ukrainians "went the path of struggle" together with their leader. As well as representatives of other nationalities. They, just like their leader, simply have nowhere to go. US and EU terrorist lists ...

I will not talk about the operation to destroy the last active militants. There are a lot of materials on these events, and anyone can find them on their own.

Well done Ramzan. I gave the offender. And his men are smart.

This is the opinion of a friend of mine who understands what a WHO is. This, I think, is enough.

I'm talking about something else. If someone drew attention to the fact that 16 militants were killed within a year, then a quite reasonable question arises about those people who fed these militants, who gave them shelter, who told them about the situation in the settlements of Ingushetia and Chechnya. A gang cannot exist autonomously.

The active part of the terrorists was destroyed, but the "soil" from which they grew up remained. Simple, ordinary, no different from the rest of the people. So, under certain conditions, everything can happen again. This means that the special services still have a lot of work. Search and plant.