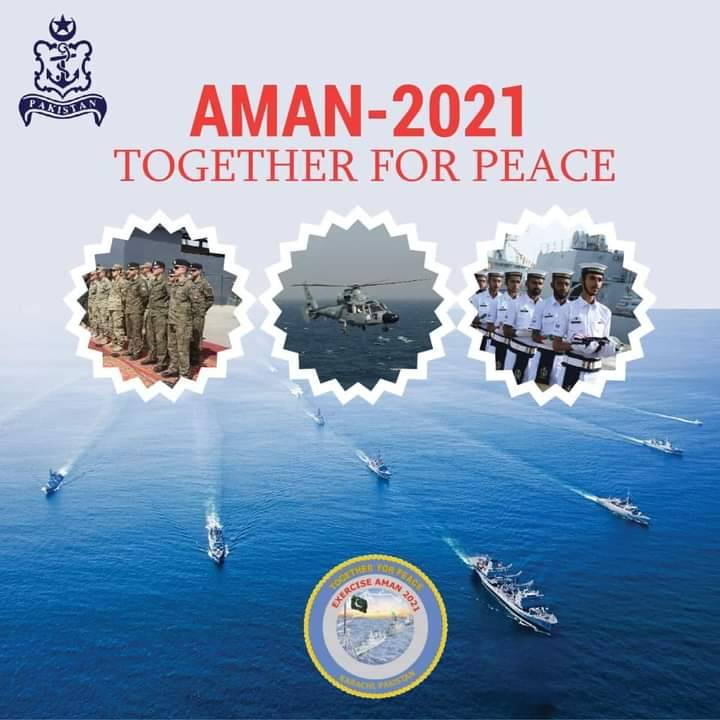 On February 11, 2021, the international naval exercises AMAN-2021 will be launched in the Pakistani port of Karachi. Ship groups of several states will take part in the maneuvers, incl. Russia. The most interesting feature of the exercise will be that for the first time in several years, the Russian Navy will interact with the naval forces of NATO countries.

The organizer of the international exercises AMAN-2021 is the Pakistani naval forces. The event will open on February 11 and will last six days. The venue will be naval training grounds in Pakistani territorial waters and in the immediate areas of neutral waters. The AMAN series has been running since 2007 and will host the seventh in February.

The purpose of the exercises is called the development of interaction between the fleets of different countries, as well as the development and strengthening of military cooperation in order to increase security at sea. First of all, it is planned to work out the fight against piracy in shipping areas and exchange experience in this area.

In December, a planning conference was held, during which the main organizational issues were resolved. As a result, it became known that more than 30 countries will participate in the maneuvers. A third of the participants will send their ship groups of different composition, while others will limit themselves to the presence of official observers.

Participants in the maneuvers

According to our Ministry of Defense, the Russian Navy will represent the ships and coastal troops of the Black Sea fleet... The training compound will include a frigate, a patrol ship, a rescue tug, a sea-based helicopter, as well as a Marine Corps unit and a demining squad. 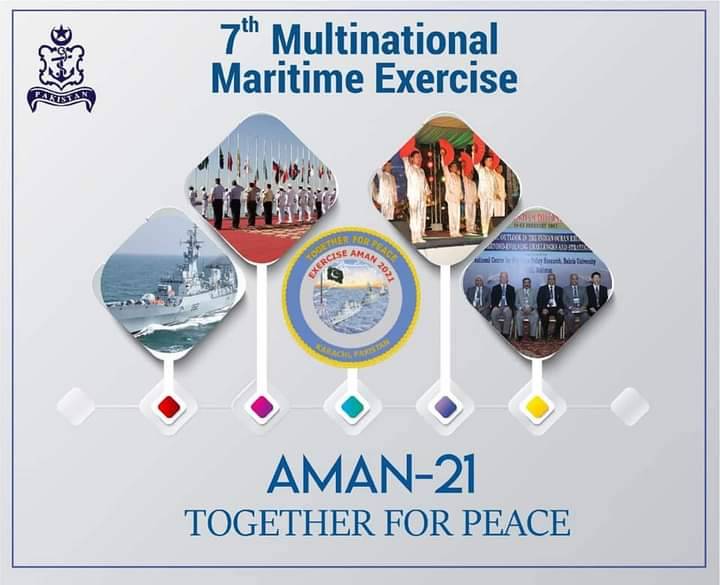 Russian sailors will have to interact with colleagues from Pakistan, China, the Philippines, Sri Lanka, Indonesia, Malaysia and Japan. In addition, the US Navy, the Royal British Navy and the Turkish Navy will send their ships. Thus, AMAN-2021 involves not only the countries of the region, but also the NATO states.

Domestic media note that the Russian fleet has not participated in the same maneuvers with NATO countries for many years. The latest event of this kind is called the Bold Monarch 2011 exercise, held off the coast of Spain.

The planned AMAN 2021 exercise had several interesting News and statements. So, the participation of Russian ships was officially announced by the Russian Ministry of Defense on December 10. In the wake of this publication, articles appeared in the media, clarifying various features of the exercises, incl. joint work of our ships and NATO representatives.

On the same day, TASS published a commentary on the situation received at the headquarters of the North Atlantic Alliance. The representative of the organization recalled that it has no plans for joint exercises with Russia. Since 2014, practical cooperation in the military sphere has been frozen, which excludes such events.

At the same time, NATO as an organization does not participate in AMAN-2021 in any capacity. The member countries of the organization join the joint exercises as independent parties, based on their plans and interests. Moreover, these states are not even obliged to notify the Alliance of such intentions.

The planned exercise AMAN 2021 attracts attention with its scale and list of participants. 30 countries are planning to join them, and this is not only Pakistan and its neighbors. More distant countries will take part in this or that. Moreover, the owners of the most powerful fleets in the world will send their ships.

Shooting on previous AMAN maneuvers
All this directly suggests that the Pakistani teachings - and related issues - are of great interest to many countries. With the help of such events, some military issues will be resolved, but the main tasks are in the field of politics. By accepting Pakistan's invitation, third countries indicate their good intentions and willingness to cooperate.

The navies of Sri Lanka, Indonesia and other countries from the shores of the Indian Ocean will join the practical part of the exercises. They are not direct neighbors and allies of Pakistan, but are interested in cooperation with it - both in general issues and in the context of protecting shipping. At the AMAN-2021 maneuvers, participants will exchange experience and improve their capabilities to combat piracy.

The main allies and friends of Pakistan for many years have been the United States and China. Despite the differences among themselves, these countries will send their ships to Karachi to work together with a common ally. Perhaps the US Navy and the PRC will even work out some form of interaction - if the exercise plan provides for this, and if it is not affected by political differences.

The Russian Navy will participate in AMAN-2021 at the invitation of the Pakistani side. Russia and Pakistan as a whole have an equal relationship, without confrontation or alliance. At the same time, our fleet is interested in conducting exercises in different regions and in cooperation with different countries. Future maneuvers provide an excellent opportunity to practice the actions of the ships in the new conditions, as well as improve relations with Pakistan.

Predictably, India was not invited to the exercises. Pakistan's largest neighbor is also its main geopolitical adversary, and its absence at AMAN-2021 is understandable. In addition, an invitation from the Indian side could provoke a negative reaction from China.

Participants in AMAN-2017
Against this background, invitations for Russia and NATO countries look interesting. NATO-Russia cooperation ended several years ago and is not expected to resume in the foreseeable future. The same situation takes place in relation to specific member countries of the Alliance. For political reasons, they refuse military cooperation with Russia.

However, NATO does not prohibit its members from accepting invitations from third countries to their events, in which Russia also participates. Individual countries of the Alliance adhere to the same position. As a result, the fleets of the USA, Great Britain and Turkey - despite the tough stance of these countries towards Russia - will find themselves on the same maneuvers with the Russian one.

Any international exercise, land or naval, attracts attention and is of interest for one reason or another. The AMAN 2021 maneuvers scheduled for February off the coast of Pakistan are no exception. They became a topic of discussion two months before their start, and purely for political reasons.

Legend and scenario of exercises, combat training missions, etc. so far remain unknown, and the organizers speak only of the most general goals. However, for now, the most interesting feature of the upcoming exercises is precisely the list of their participants - and their relationship with each other. For the first time in several years, the fleets of a number of countries that are geopolitical adversaries are participating in one event. The ships of Russia and several NATO countries will work together. In addition, the organizers can bring together seafarers from the United States and China in one operation.

It is likely that the political differences between the countries will not prevent sailors from successfully fighting a common conditional enemy. However, negative developments are also possible, incl. with the most difficult consequences for the teachings themselves. At the same time, it is obvious that the course of the AMAN-2021 maneuvers will be monitored with special attention, since they attract attention not only by training battles at sea.

Ctrl Enter
Noticed oshЫbku Highlight text and press. Ctrl + Enter
We are
Army and state in Pakistan. Part of 3. From flirting with fundamentalists to fighting themPakistan and the United States: can not be friends
Military Reviewin Yandex News
Military Reviewin Google News
5 comments
Information
Dear reader, to leave comments on the publication, you must sign in.