Why was the Czech modernization of the T-72 more successful than the Soviet and Russian? 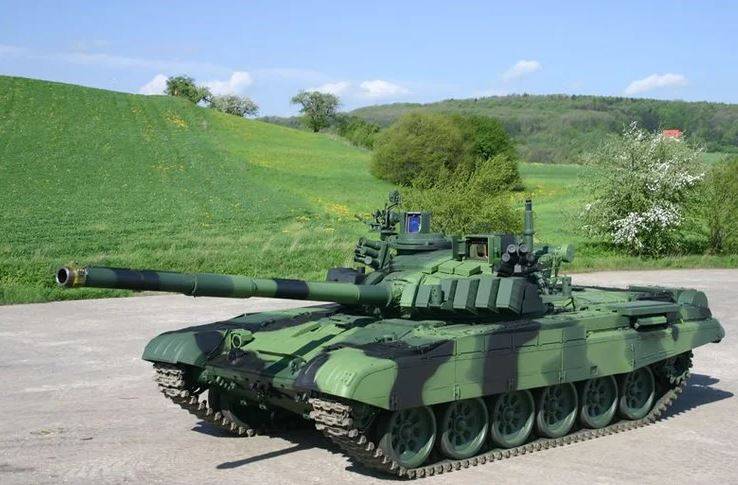 Recently, information has flashed about the resumption by the Czech Republic of the T-72 modernization program, carried out in the late 90s. Then, within the framework of this program, until 2006, 35 were modernized for the Czech army tanks, which received the index T-72M4CZ, and the program was stopped for financial reasons. Now the Czech Republic is going to modernize several hundred vehicles for its army and, possibly, for export supplies.


It should be recalled that the Czech industry has a long tradition of tank production: back in the 30s, it produced its own tanks, and more than a thousand Pz.35 and Pz.38 tanks in 1941 were in service with the Hitlerite army, and from the 70s they produced licensed by the Soviet Union T-72 tanks.

Advertising around this program is based on propaganda about how bad the T-72 tank was, imposed by the Soviet Union on its allies under the Warsaw Pact, and as one of the authors put it, the Czechs made a completely successful tank out of "pieces of shit". At the same time, the assessment of the T-72 is given for its use in the two Iraqi wars of 1991 and 2003, when these tanks in service with the Iraqi army suffered heavy losses from the US armored forces, with a demonstration of colorful videos of destroyed and burning Iraqi tanks.

How objective is this assessment? Indeed, in the fighting in Iraq, the Americans lost several dozen vehicles, while the Iraqis lost hundreds, and this was due to several factors. The Iraqi army was mainly armed with obsolete T-55 and T-62 and about a thousand T-72 and T-72M, while the Americans had more than two thousand of the latest modifications of the M1A1 and M1A2, which were significantly superior in their characteristics to the T-72, especially in parts of the effectiveness of firing from tanks.

The Americans achieved impressive results with minimal losses due to the massive use of more advanced tanks, their advantages as far as possible to conduct effective fire at long distances, especially at night using thermal imaging sights, a well-functioning reconnaissance organization and command and control system, and good training of personnel. In addition to the imperfection of tanks, the Iraqis were distinguished by a low level of training of personnel and the betrayal of the high command in the final stages of hostilities, when hundreds of tanks were thrown without clashes.

The main problem of the T-72 was the imperfection of instruments and sights for firing from a tank. As such, the tank's fire control system did not exist, there was a set of outdated sights that were in no way connected with each other. The gunner had a TPD-2-49 day sight developed in the 50s with a single-plane stabilization of the field of view, without a laser rangefinder and, naturally, without a ballistic computer. In addition to it, an unstabilized night sight on an image intensifier tube with a night vision range of up to 500 m in passive mode and up to 1200 m in active mode.

The commander used an even more ancient unstabilized day-night observation device TKN-3MK with a night vision range of up to 500 m, that is, his capabilities for searching and detecting targets were much worse than that of the gunner.

Apparently, the Iraqis had a certain number of T-72B tanks with a TPD-K1 daytime gunner's sight with a laser rangefinder and a ballistic corrector, which somewhat facilitated firing, the commander had the same imperfect observation device.

The technical advantage of the Americans was unconditional, the tanks were equipped with information and navigation systems, commander's and gunner's sights with two-plane stabilization of the field of view, laser rangefinders and thermal imaging channels, as well as a perfect ballistic computer with a full set of meteorological ballistic sensors. It was a war of tanks of different generations with a predictable disastrous result, Iraqi tanks were hit even before they even detected the enemy.

Taking this experience into account, Czech specialists, when modernizing the T-72, first of all set the task of increasing the efficiency of firing from a tank and, in addition, increasing the power of the power plant and enhancing the security of the tank.

On the T-72M4CZ tank, a full-fledged control system was implemented based on the TURMS-T system of the Italian company Offichine Galileo, which ensures the integration of the gunner's and commander's sighting systems into a single fire control system.

The gunner had a day / night sight with two-plane stabilization of the field of view, a laser rangefinder, a thermal imaging channel with a vision range of up to 4000 m and a screen for displaying firing conditions built into the sight. The commander has a panoramic day / night sight with a two-plane stabilization of the field of view and a thermal imaging channel, which allows him to search for targets day and night up to 4000 m, give target designation to the gunner and, if necessary, fire from the cannon himself. A ballistic computer with a full set of meteorological ballistic sensors was built into the system, allowing effective fire from a spot and immediately, day and night, up to 2000 m.This control system provided the commander and gunner, in comparison with the base model T-72, incomparably higher firing characteristics ...

The T-72M4CZ tank also has a new power plant developed by the Israeli company NIMDA with a CV-12 1000TSA diesel engine with a capacity of 1000 hp. from Perkins and a fully automatic XTG411-6 transmission from Allison Transmission. It is a monoblock unit that allows quick replacement of the engine in 30 minutes in the field without the involvement of additional specialists. The tank also has an auxiliary power unit installed in the stern to provide power to the tank's systems when the main engine is off.

A number of new systems have also been introduced on the tank, which are elements of the tank information and control system with the ability to be integrated into the network-centric battle control system. These are the DITA-97 system for monitoring and diagnosing the engine and transmission with the issuance of light, sound and voice signals to the crew members, the NBV-97 INS / GPS navigation system, which determines the location of the tank, and the RF 1350 ultra-high-frequency communication system, which provides stable and interference-free communication.

The level of Czech modernization of the T-72

All this suggests that already at the end of the 90s, the Czech Republic was able to turn the outdated and imperfect T-72 into a fairly modern machine with increased characteristics in firepower, mobility and protection and become a serious competitor to Western models. Now the Czech Republic refuses to purchase expensive "Abrams" and "Leopard-2", focusing on the modernized T-72M4CZ, which in their characteristics will not be inferior to them and can be integrated into the NATO command and control system.

Compared to the Russian modernized counterparts of the T-72, the Czech T-72M4CZ surpasses the Russian T-72B3 (2011) and earlier modernization options in terms of its firing characteristics. With approximately equal characteristics of the gunner's sighting complex (on the T-72B3M, the gunner's sight "Sosna-U" with two-plane stabilization of the field of view, a laser rangefinder, a thermal imaging channel, a laser control channel for the "Reflex-M" missile and an automatic target tracking machine, but instead of a full-fledged ballistic computer ballistic corrector with reduced capabilities), the commander's sighting complex based on the primitive unstabilized TKN-3MK device with a vision range of up to 500 m does not stand up to criticism.

The Czech T-72M4CZ in terms of its capabilities is at the level of the T-72B3M (2014), on which the commander finally got a perfect sighting system based on the PAN "Falcon Eye" panoramic thermal imaging sight with two-plane stabilization of the field of view, a laser rangefinder, television and thermal imaging channels, providing the commander with a vision range of up to 4000 m day and night and the ability to conduct effective fire.

The characteristics are approximately the same on the T-90M (2018), where the Sosna-U gunner's sight and the Falcon Eye commander's sight are combined into an integrated Kalina fire control system that meets all modern requirements for firing from a tank and can be integrated into a network-centric control system.

Comparing the characteristics and level of modernization of the T-72 by Russian and Czech specialists, the conclusion suggests itself that the former allies, taking into account the deplorable experience of using the T-72 tank in the two Iraqi wars, were able to bring this tank to a decent level in the late 90s, and now there is little inferior to modern models. In Russia, only 15 years later, the T-72 was brought to the level of the T-72B3M, and in the troops there are only about 300 units, the rest are approximately at the level of the "Iraqi pogrom" and, if used, will show the same deplorable results.

If we also take into account that the Kalina sighting systems are the development of the Belarusian Peleng Central Design Bureau (however, the production of individual components of the complexes is transferred to Vologda), Lukashenka at any time may demand an exorbitant price for them, and Russian tanks in terms of their firepower can be thrown back decades. The Russian tank industry and its attendant industries still cannot recover from the collapse of the 90s and regain the role of "trendsetter" in tank building, won by Soviet tank builders.

Ctrl Enter
Noticed oshЫbku Highlight text and press. Ctrl + Enter
We are
Is the "old" well forgotten to become the "new"? Part-2. At the call of honor and dutyThe fire control devices of the Soviet and German tanks of the Second World War. Myths and Reality
Military Reviewin Yandex News
Military Reviewin Google News
208 comments
Information
Dear reader, to leave comments on the publication, you must sign in.