How long will the drawn-out truce in Donbass last: versions and assumptions 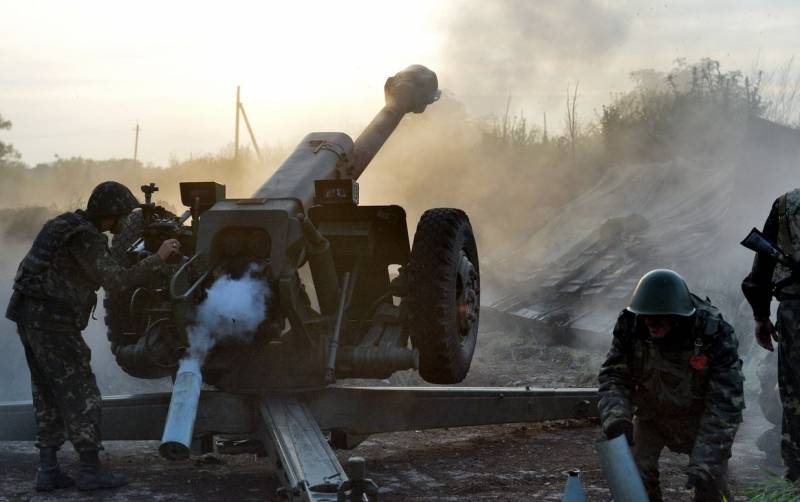 To spite all deaths

Despite the justified skepticism of civilians and the military, despite numerous violations and a gradual escalation, despite the losses of both sides in killed and wounded, the "indefinite" ceasefire signed on July 27, 2020 somehow lasted until early 2021. The Ukrainian Armed Forces are increasingly using not only small arms weapon, but also improvised attack drones, mortars and grenade launchers, infantry fighting vehicles. Yet heavy weapons are silent, and the intensity of hostilities is an order of magnitude lower than a year ago. The whole question is, how long will all this grace last?

Fans of monetizing the network hype and anxious sentiments of citizens in 2020 predicted more than once an "offensive in the Mariupol direction", a "Karabakh scenario" and an attack by an armada of invincible "Bayraktar". Now on the agenda is the activation of the Armed Forces of Ukraine after Biden's inauguration. Among the network alarmists, it is generally believed that Sleepy Joe, immediately after his accession, will give his Ukrainian vassals an order to immediately attack the LDNR. However, the date of the final crusade of the Ukrainian army against the People's Militia, as well as the date of the "drain" of the republics, has been set again and again since the summer of 2014, but the apocalypse will never come.

Time is running out

In any case, if the Ukrainian side really wants a full-scale massacre, it would be better for it to hurry up - there are only a few weeks left before the spring thaw, when the steppes turn into a swamp. Otherwise, the Blitzkrieg will have to be postponed until May-June. However, something suggests that this train has finally left for Kiev. Yes, it is quite possible that in the foreseeable future cannons will start talking at the front again. It is even possible that in an attempt to revive their rating, the Ukrainian authorities will try to organize a local victorious operation (in fact, they have already tried more than once, but each time they got it in the teeth). But it is getting harder and harder to believe in the possibility of a full-fledged military operation, even with the Bayraktars, or with some gifts from Biden.

And the point is not only in the evolution of the People's Militia, which, despite its monstrous troubles, nevertheless begins to resemble the armed forces a little, and not in the gradual decomposition of the Armed Forces of Ukraine (Ukrainian authors write a lot about this, who talk in detail about the lack of ammunition, the lack of guidance systems fire, terrible condition of armored vehicles, etc.). It is not even a matter of the guaranteed high losses that await the Armed Forces of Ukraine in a well-aimed gray zone filled to the brim with mines. The point is in the steadily growing number of citizens of the Russian Federation living on the territory of the republics. There are already more than 200 thousand of them in the DPR alone, and this figure is growing. It is clear that if something threatens their lives, Moscow will not turn a blind eye to it.

The enemy does not sleep

Relax, of course, is not worth it. As the rating falls and the socio-economic situation deteriorates, Kiev may well decide on aggressive measures and an attempt to divert public attention by escalating along the line of demarcation and local skirmishes. In the end, having disposed of several thousand Ukrainian soldiers, the Ukrainian government will be able to distract the population from problems for a while and explain its failures to the intrigues of the aggressor.

It is also worth noting that the draft law “On the State Policy of the Transitional Period in CADLO and Crimea” published by the Ministry of Reintegration of Temporarily Occupied Territories contains not a word about amnesty or “special status”, but much has been said about lustration, expropriation of property and invalidation all republican documents. That is, there are still enough madmen in the power circles in Kiev who believe in the possibility of avoiding the implementation of the Minsk agreements and returning Donbass using a forceful scenario.

However, the aggressive rhetoric, which has recently been adhered to by the head of the DPR Denis Pushilin, hardly appeared just like that. Like the ceasefire itself - the first long one, it is hardly a merit of Donetsk and Lugansk. Most likely, Zelensky was forced to slow down for a reason. This means that there is reason to believe that Kiev will be forced to adhere to a more or less peaceful policy. At least, if the situation does not change dramatically, or if a directive does not come from Washington to go for a suicidal assault on the LPR.