"UPMK" - Soviet installation for movement and maneuvering in space (1968)

January 23 2021
39
In February 1984, during the space shuttle flight (STS 41B), the separation of a person from a spacecraft was first carried out with a distance of 91 m using an MMU movement unit.


In February 1990, our cosmonauts A.A. Serebrov and A.S. Viktorenko carried out "flights", moving away from the Mir station at a distance of 33 m and 45 m, respectively, with the help of the installation for moving "21KS".

However, in the mid-60s. successful work was carried out on the creation of a UMPK product - an installation for moving and maneuvering in space.

Initially, the UMPK was developed for the promising SLE spacesuit and was provided for by the terms of reference since 1961. The main purpose of the UPMK was to provide an opportunity for an astronaut in a spacesuit to perform work with separation from the surface of the spacecraft / orbital station (for example, to repair the payload flying next to the spacecraft) and fly around the spacecraft for its inspection and inspection, as well as transport cargo and carry out rescue operations etc. 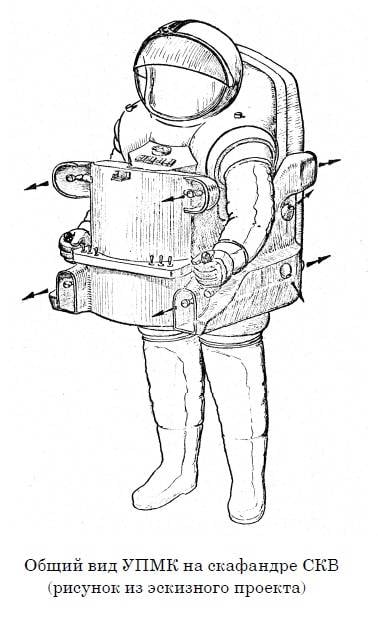 To do this, the installation had to meet a number of specific requirements. So, the UPMK had to go well with the spacesuit. Its design scheme had to take into account the features and limitations imposed by the spacesuit, especially in terms of working with the controls and review. It was considered advisable that the controls of the installation were similar to those of the spacecraft, to which the astronauts were accustomed. The dimensions were not supposed to prevent its removal through the KK hatches. 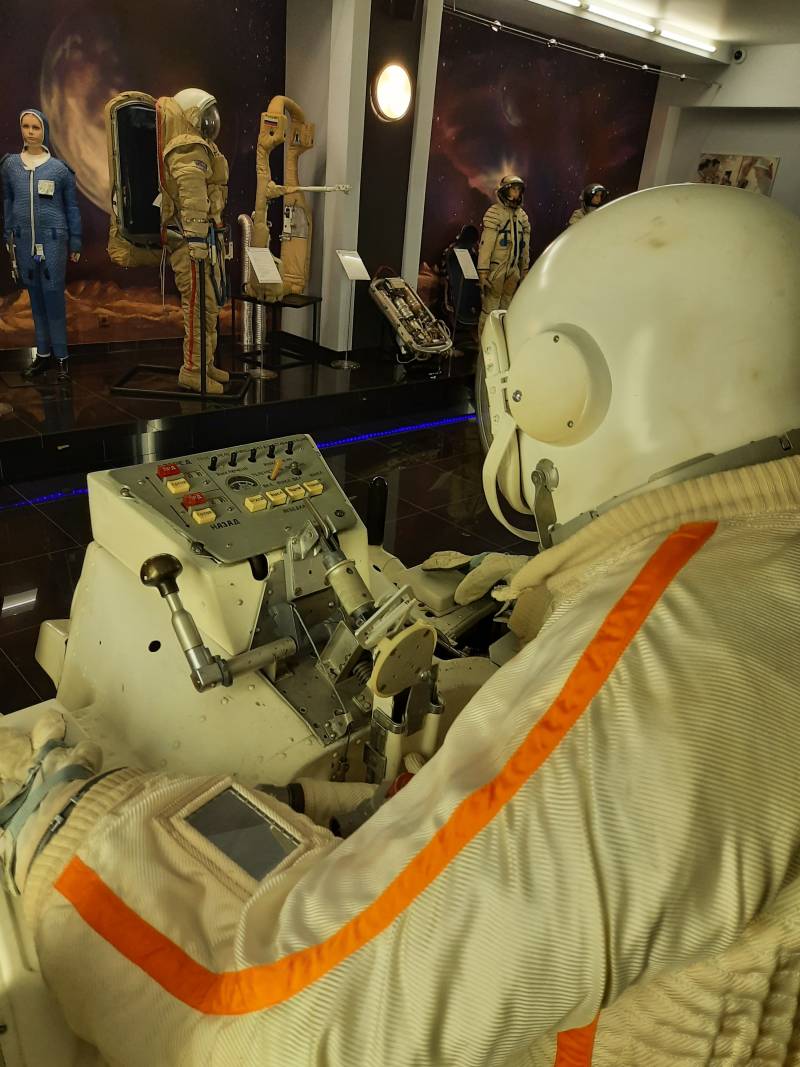 With the arrival of G.I. Severin, the work on the creation of the UPMK was accelerated already in relation to those developed in 1964-1966. "Soft" space suits (see link) for spacewalk. 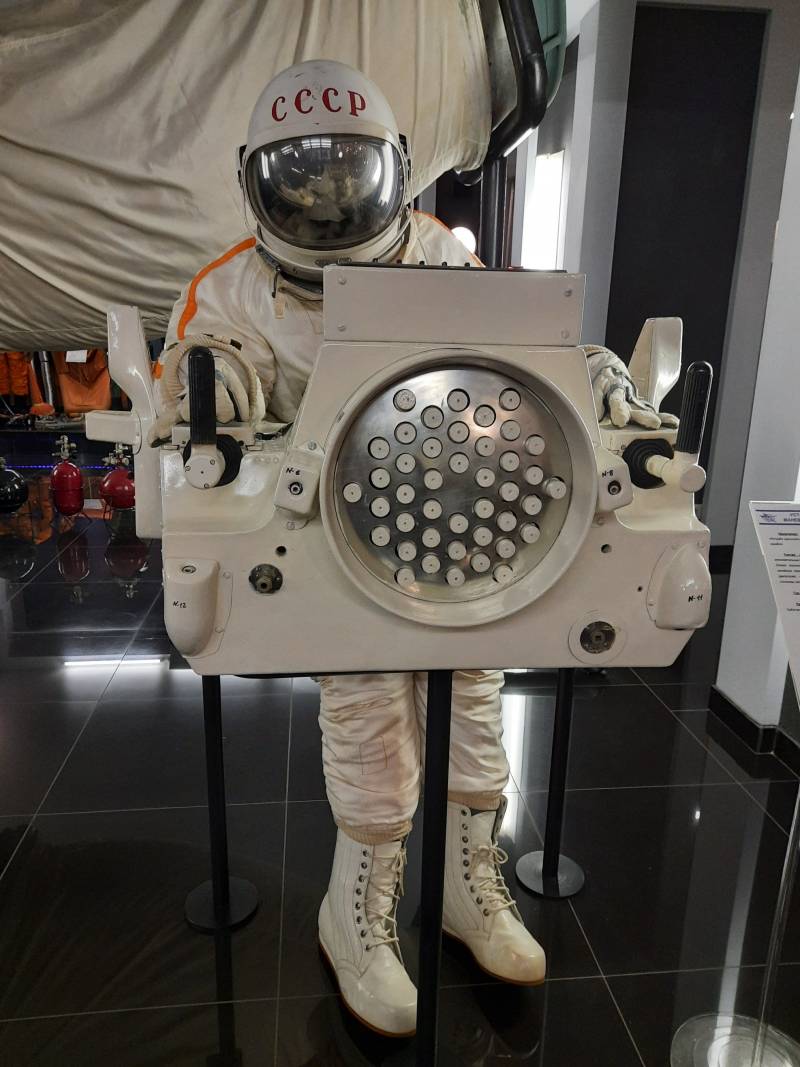 First, this work was carried out for operation on ships of the "Voskhod" type using the "Volga" locks for spacewalk, on which the use of the "Yastreb" spacesuit was planned.

After the termination of work on these ships, the creation of the UPMK continued within the framework of the Almaz program, where it was also planned to use the Yastreb SC and the RVR-1 knapsack. 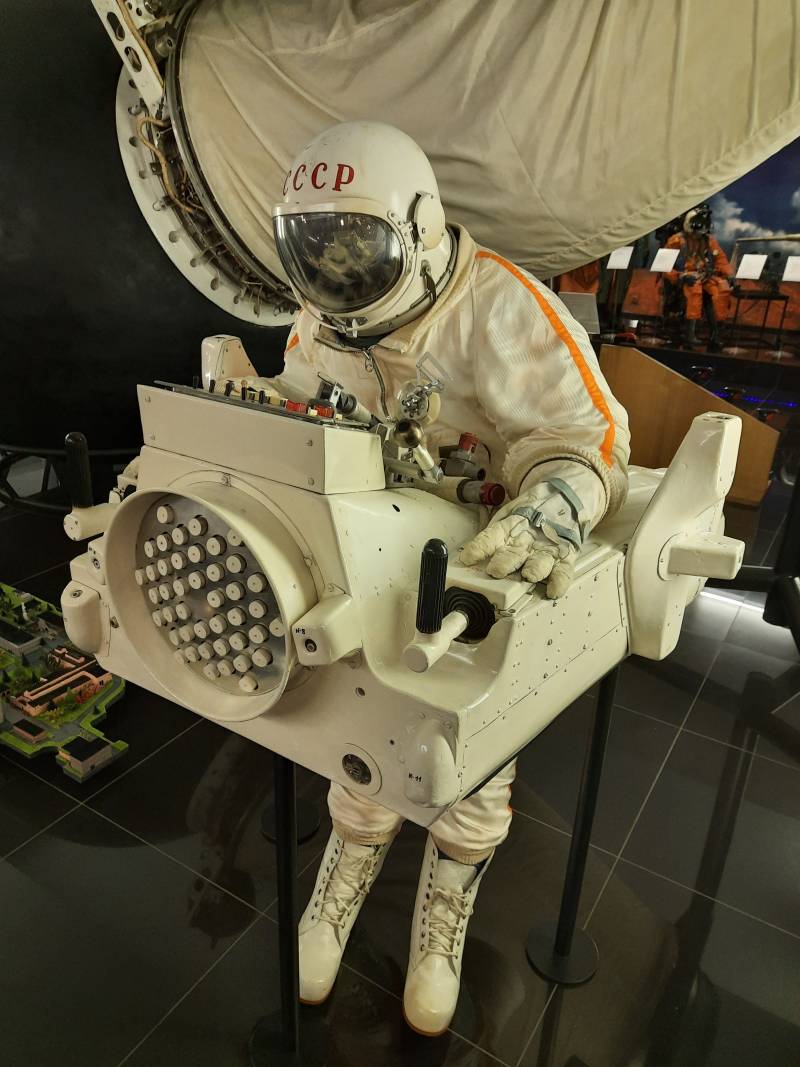 The creation of the first prototype of the UPMK installation was completed in 1968. And it could be used in spacewalks.

The installation was made in the form of a "horseshoe", embracing the astronaut in a spacesuit from the front, and included a combination of two systems of executive organs.

The first consisted of the sustainer and brake blocks of powder rocket micromotors (42 in each block) for linear movements back and forth.

And the second of 14 air jet engines, providing linear and angular movements of the astronaut in six degrees of freedom.

The units with single propellant engines were arranged in such a way that the line of action of the thrust of each of the engines passed through the center of mass of the man in the spacesuit / UPMK system. The inclusion of single powder engines was carried out from the control panel. 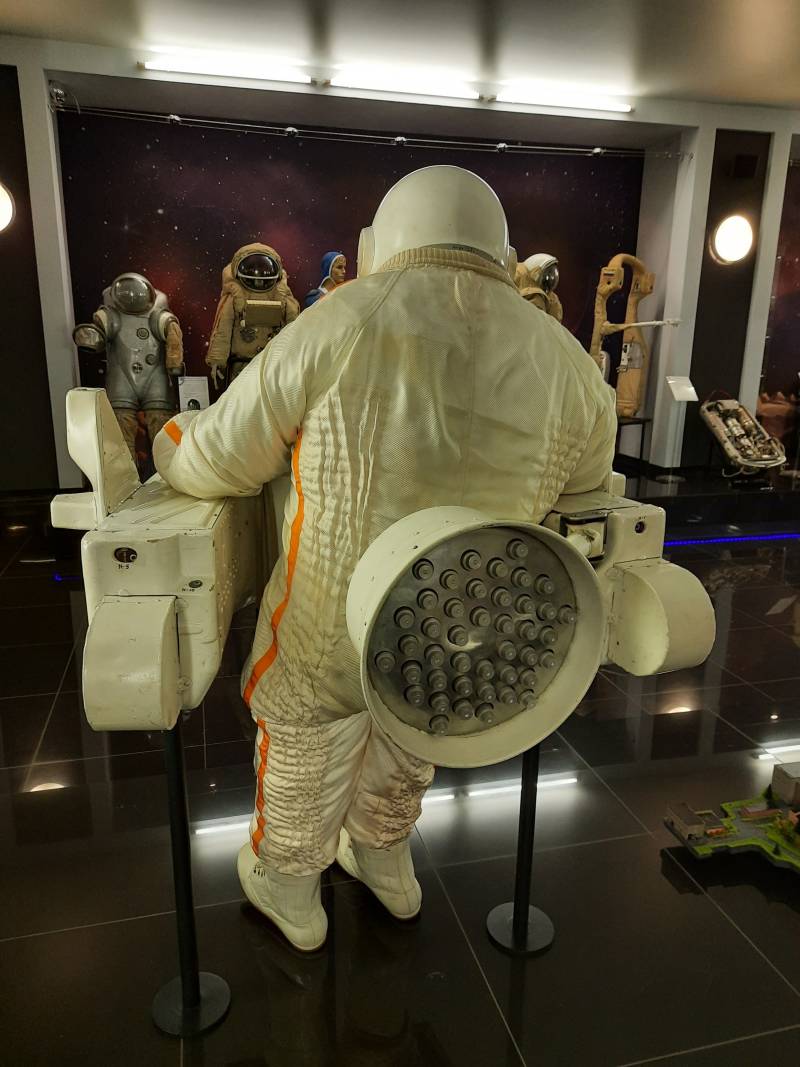 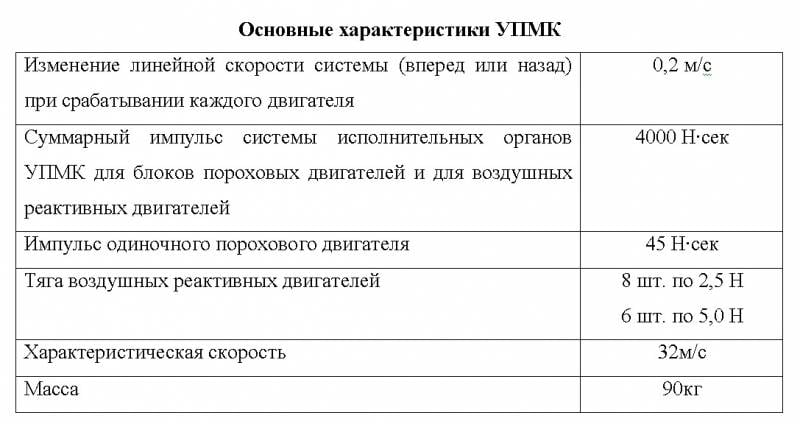 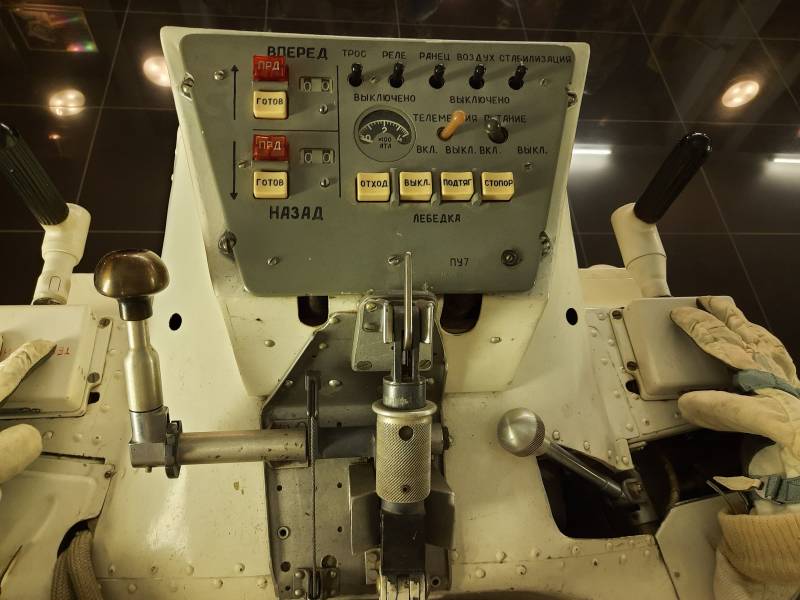 When replacing SC "Yastreb" with "Orlan" to carry out off-ship activities (EVA) on OS "Almaz", it was planned to develop an UPMK for SC "Orlan".

Unfortunately, further work was discontinued due to the absence at that time of specific tasks to be solved using the installation and appropriate equipment of manned objects.

Ctrl Enter
Noticed oshЫbku Highlight text and press. Ctrl + Enter
We are
List of destroyed the largest and most high-tech enterprisesMilitary reform as an integral part of the security concept of the Russian Federation: Systematic dynamic assessment
Military Reviewin Yandex News
Military Reviewin Google News
39 comments
Information
Dear reader, to leave comments on the publication, you must sign in.