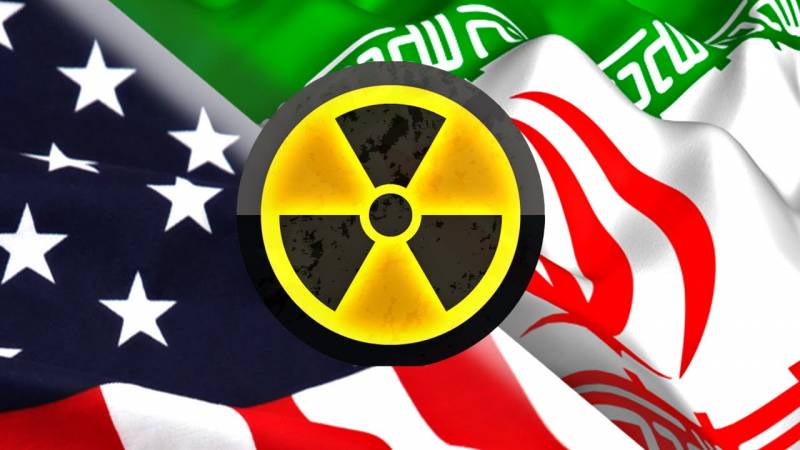 They were quick to convince the world from Iran itself that the 46th US President Joseph Biden will have "very difficult" problems related to Iran. This was done by Iranian President Hassan Rouhani even before the inauguration of the new owner of the White House.

He made it clear that the country would not accept any preconditions for a return to the nuclear deal. Hassan Rouhani is well acquainted with Biden since the signing of the infamous Joint Comprehensive Action Plan of the JCPOA.

Now the Iranian leader, whose presidential term expires this year, has made the characteristic reservation that Iran has no preconditions for the United States to return to the deal. 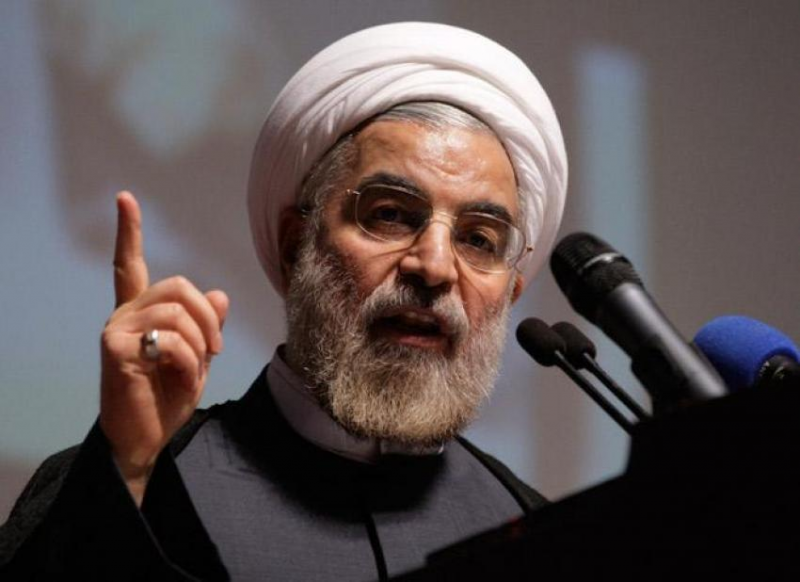 At the same time, Rouhani even warned against creating any preconditions for the return of the United States to the JCPOA, but immediately noted that neither Iran's missile program nor its influence in the region had anything to do with the JCPOA.

The latter is all the more remarkable after the exit from the blockade of Qatar. Everyone recognized this country as soon as it won the right to host the 2022 World Cup. But few people have even an idea that for many years Qatar was under blockade - political and economic from all Arab countries, receiving support only from Iran.

Hassan Rouhani's rhetoric has now become more harsh, since on the eve of the presidential elections he clearly expects to win over a part of the radical patriotic electorate. Judge for yourself:

There are many politicians and commentators who have praised ex-President Trump for not getting involved in a single war in four years. But trade wars, a war of sanctions against everyone with whom it is possible and with whom, in general, cannot, today can lead to almost the same troubles as real wars. 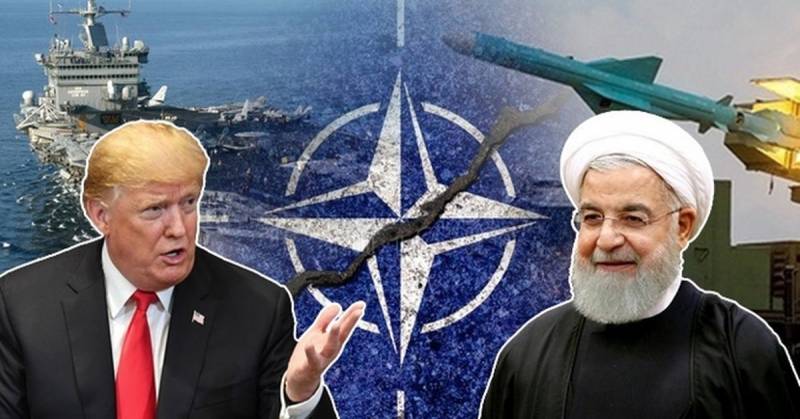 The Trump administration has effectively provoked Iran with its unequivocally peaceful nuclear program into putting it on a war footing. Tehran was simply left no chance to defend the country's real sovereignty.

The extent to which this sovereignty is real is challenged by two "showy" killings in Iran. Two authoritative people of completely different professions were successively killed - a major general and a famous scientist.

These are Qasem Soleimani, who headed the Al-Quds special unit of the Iranian Islamic Revolutionary Guard Corps (IRGC), and nuclear physicist Mohsen Fakhrizadeh, one of the founders of Iran's atomic program.

The Iranian press has no doubt accused the United States and Israel of both murders, but the country's official government is not so straightforward.

Violators of the convention

Meanwhile, Iran's distance from the notorious nuclear deal and the JCPOA has become increasingly tangible in 2020. Even the traditionally loyal IAEA experts changed their placating tone to harsh criticism of Tehran's decisions. Specific information about gross violations of the JCPOA was sent.

Even China and Russia, which are considered allies of Iran, especially in Iran itself, insist on returning the status quo and freezing uranium enrichment pending a new deal. As you know, the old atomic deal there continues to be called not 5 + 1, but 3 + 3, although with the annexation of Germany there are no longer six, but seven participants.

Finally, the European partners interested in "atomic" orders from Iran, which until recently were looking for ways to bypass the American sanctions, obviously curtailed such activities. It is not yet clear for how long, although a new deal or a return to the old one can change everything overnight. 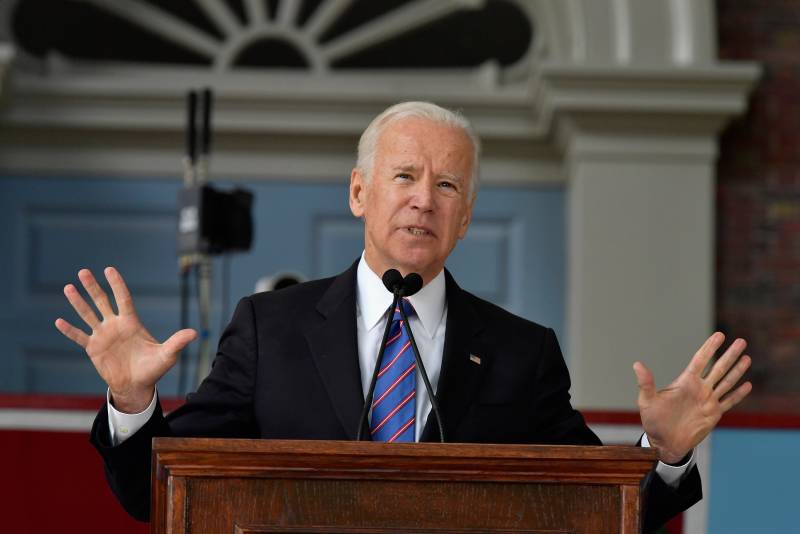 Biden and his foreign policy team, while deliberately avoiding clear formulations along the line chosen with respect to Iran. They are in no hurry to announce the return of the United States to the JCPOA. Hints of a new deal are mounting in the press, although the topic is now clearly in the shadows.

But Iran, as we have already seen, does not intend to wait any longer. And it was not so easy in Tehran to talk about the fact that they do not want any new negotiations. Return to the JCPOA in the old format there (by all indications) are ready at any time. Iran is profitable, but is it profitable for the United States (sorry for the repetition)?

In Tehran, realizing that it makes no sense to expect anything constructive from the Trump administration, they openly relied on the new democratic American president. However, so far, Biden has not met these hopes. His priority is a pandemic, migrants, the Paris climate agreement.

The nuclear deal is not even on the sidelines; now we are talking about how, on the contrary, to use it to the maximum. However, about a month before taking office, Biden, complaining about the complexity of the problem, stated about the resuscitation of the JCPOA that:

“We cannot do this alone. And so we must be part of a larger group dealing not only with Iran, but also with Russia, China and a whole range of other issues. "
From this, many concluded that a democratic administration could try its traditional method. That is, going backwards, using Trump's sanctions as a powerful tool to help secure a longer-term and better deal with Iran.

Although it is rather difficult to understand what could be the benefit for the United States, which has completely forgotten how to work with the atom. Nevertheless, Biden is already being reminded that it is just unprofitable to throw away what his predecessor has developed.

Besides, putting pressure on Iran, as the practice of recent years has shown, is almost pointless. They have learned to bypass sanctions no worse than Russia. Oil is sold through a variety of (not always legal) channels, albeit at a discount. And they even fully participate in the OPEC + deal.

Together with the United States, by the way.

However, Washington has still preferred to separate oil from the atom.

And most likely it will continue to be so.

Ctrl Enter
Noticed oshЫbku Highlight text and press. Ctrl + Enter
We are
A great interview with Sergey Lavrov: about Ukraine, Obama and IranWhat you didn't want to know about England
Military Reviewin Yandex News
Military Reviewin Google News
62 comments
Information
Dear reader, to leave comments on the publication, you must sign in.