Sorry for the wretched 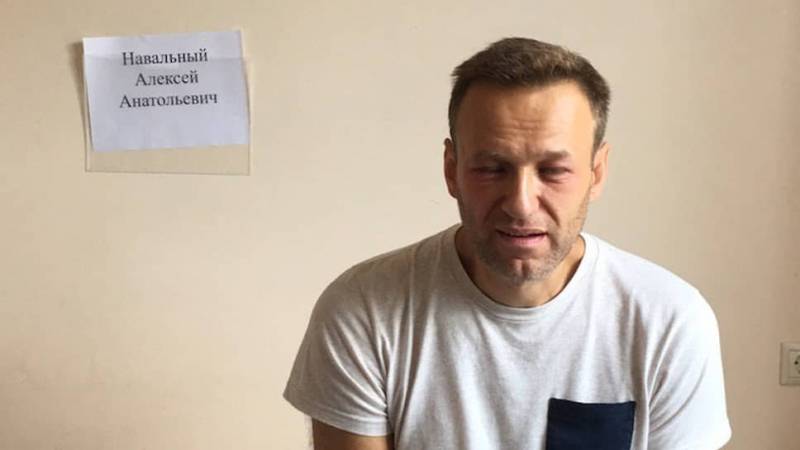 I recently looked at the investigation of the FBK, an organization that is on the list of foreign agents, which even my iron is talking about today. Another investigation, which was announced by the prisoner Navalny. The first impression, excuse the intimacy, that's it, I'm falling into insanity or somehow invented a time machine. Which, in principle, is the same thing. It became a shame somehow.

Why did I get sick of this ailment? Look how many people, much older and more experienced than me, are becoming presidents of huge and powerful countries. I remember my childhood. Morning. Mom sends me to school. It is 20 degrees below zero outside. A short fur coat, a rabbit hat, a folder under the arm. We had such fashion-folder. You jump out into the street, a cap in a folder, there is still one textbook for the whole week and notebooks with pens. All! You are a grown man.

And then I grew up. Somehow I suddenly realized that a person who goes to school in 20-degree frost without a hat looks to those around him not as an adult, but as a moron. Then I realized that you have to believe your eyes, and not what everyone says. And today, after watching the video, I suddenly realized that I do not know English at all. Even at the level of "face on table".
Due to my illiteracy, I translated the famous "highley like" (from the English highly likely) in the same way as other ignorant people, "very likely", but it turned out that today it is translated as "who else?" At least, this is how Lesha uses this expression. And he should know better English. The owners will not stoop to communicate with the slave in his language ...

Why did I get the feeling of being insane or using a time machine? Yes, simply because all this has already happened. And the sequel, which does not exist yet, has already been In the same place. But ten years ago!

Once, after another fiasco with a girl, I asked my more experienced friend if it was possible to trust women. To which I received a very clear answer. “Women can be trusted! In general, I am for equality. If men believe, then let women also believe! "

If so, can you trust the blogger - "almost a politician"? And he believes. More precisely, he pretends to be at the camera. And I took up those old materials from liberal publications. I will not tell the content. Almost everything that is said in the 2021 video. I think it's enough to list the titles of the materials.

27.04/2012/XNUMX EVSK "There is more and more evidence that the palace on Cape Idokopas in the Praskoveevka area was built by order of Putin."

12.08.2011/XNUMX/XNUMX New newspaper "The phantom of Putin's palace is guarded by ghosts from the FSO"

20.02/2011/XNUMX EVSK "Putin's dacha on Cape Idokopas was built under the name of" Children's Sports and Recreation Camp of Year-round Action ".

And I have collected a lot of such articles in the Ecological Bulletin of the North Caucasus, on Radio Liberty, in Novaya Gazeta and others. At that time, those who today are listed as human rights defenders were still green. Theresa May was not yet in Great Britain, it was not highly likely, and it was necessary to somehow prove what you are talking about. And the fight for the environment on a global scale was very popular along our borders, in our deposits of something, in our monotowns.

Therefore, such articles about the robbed people were printed interspersed with reports of the next illegal arrests of "ecologists" trying to illegally enter some object. Then the "fighters against the regime" were still afraid to raise their voices in the direction of the Kremlin and fought "enemies from the FSO and FSB." And they were very surprised when they suddenly received a sentence for trying to hit an FSO officer in the face.

Once I happened to watch a curling competition ... on the contrary. No, I watched the recording like everyone else. But then, because of the phone call, I missed some part of the game. I had to rewind without turning off the video. I have never experienced greater pleasure from the game. Stones from the circle are approaching a bunch of women, and they scream and try to push them away with a brush.
Yesterday I looked at what Marina Salye, The New Times, Novaya Gazeta, Fontanka and a number of lesser-known publications have already worked on recently. I was especially surprised by the appeal to the well-known letter of the former contractor of the "Putin's Palace" Sergei Kolesnikov. I rewound the video of this businessman's interview too carefully. And, to be honest, I don’t understand why he hasn’t been convicted yet. Even in absentia. There are so many confessions of crimes committed that it will be enough for more than one year of imprisonment.

Fussing at the vacant trough

Once in the clinic, in line to see a doctor, I heard a wonderful, albeit gloomy joke. A young guy came up to us, who were sitting at the door of the office, and asked what queue to see the doctor. Live or have to go to the reception. To which the old man sitting next to me replied sadly: -As long as alive ...

Analyzing the situation with the candidate for "the most rating politicians" in Russia, I understand that Lesha's political career has come to the kaput. The Moor did his job and ... was thrown into the trash. I remember how our media outraged that Navalny was guarded by German special services almost until the very departure of the plane. And no one thought that agents could not only guard, which looked stupid, but also escort ...

I think that no fools sit in the headquarters either. Even for several months it is difficult to live only on the talking shop and puffing out your cheeks in front of the cameras. And there people have been behind such a "struggle" for years. The place at the trough will soon become vacant due to the transfer to the state. pigsty chief. So the piglets fussed about at the trough. They began to push. And I was still surprised at the beginning, when I did not see the "first persons" from among the confidants among the crowd of those who met ...

The fact that the injection of a new-old topic was planned for a long time and did not come out only because there were no chapters. blogger, I don't believe. The material was really ready a long time ago, judging by the appearance of the presenter. And it should have surfaced at the time of the next surge in sanctions against Russia. As an additional charge for a mortar mine. Only now the situation began to develop again not as planned.

And when Navalny really shines the sky in a box for at least 5 years, the "friends-associates" decided to speed up the acquaintance of the chief with the Zonov laws. In such a stupid way. It turned out somehow ... nothing. And Putin did not notice, and "the whole world" is busy with something else, and supporters did not take to the streets because of the bad weather. Only the reactions that the "Kremlin propagandists" and the "stubborn patriots of Ukraine" have. And so, a regular shot into the sky.

Where are my billions

In the materials submitted by a foreign agent of FBK, almost every 10-15 seconds we are told about millions of rubles, dollars, euros that someone, but we should know who, as the investigators believe, takes from the state treasury instead of giving these money for homeless old people with disabilities living without relatives all their lives.

Here's a sofa for two million, here's a table for a million something there. And here is the fountain and the hookah bar. And with some interesting pin. And all for our money. But I was especially impressed by the tunnel. Imagine the one for whom everyone is building this, who makes his way through an underground tunnel to the light. And there ... The most beautiful view of the sea ... And this someone sits in a hole and looks through a hole in the mountain at the sea. Romance.

I am not at all opposed to someone controlling the activities of officials. But I am against being considered an idiot. I understand what and for what purposes is being built on Cape Idokopas in the Praskoveevka area. I also understand why this object is under the protection of the FSO and border guards. Even why the palace is on the balance sheet of the KHOSU FSB is understood.

Between us, when I went hunting last fall, I set up a tent next to the grounds of the military hunting society. Believe it or not, there are hunting lodges and guards all around. True, not soldiers, but, probably, military police disguised as civilians.

And for whom is this all? For a simple conscript soldier? No, for corrupt officers and generals. And even in reserve and retirement! When I stumbled into this paradise, they demanded some kind of special hunting ticket, which, as you understand, is not available to a mere mortal! Corruption is everywhere!

And how are they masked. The road was built. The banks were fortified. Bridges over the reeds were laid to make it easier to get to the water. And also, probably for some corruption cases, ducks come to build nests in the spring. And at whose expense? It is clear that local residents are hired, and they themselves prepare mansions for spring and autumn hunting. And what about in Gelendzhik and Praskoveevka? How is the coast?

It's somehow sad to have such enemies

Tell me who your enemy is and I'll tell you who you are ... Now I'm not so much about Navalny as about other, much smarter, much more worthy opponents. Artists who ask for forgiveness for returning Crimea? This is their right and their decision. I take it calmly. Like any other opinion.

Navalny and his supporters? Sorry, but this is nothing more than foam. Transitional age. Therefore, there is a lot of screaming, a lot of conversations. That is why I clung to them "and why us." What Navalny is doing is nothing more than the release of a "couple" of young people. When, in a dispute with some last son, you hear the answer “because” on the question “why”, the dispute automatically ends. Let them be raised by school, institute, life or parents.

Those who light up on TV screens every day? Alas, with the exception of some, they are the same hysterics who do not want to hear, but love to be listened to. When, for example, a representative of Yabloko appears on the screen, I feel sad about the fate of this party in general.

We are not worthy of such suckers ... Sorry for the pathetic ...

Ctrl Enter
Noticed oshЫbku Highlight text and press. Ctrl + Enter
We are
About Stalin and KhrushchevWhat you didn't want to know about England
Military Reviewin Yandex News
Military Reviewin Google News
397 comments
Information
Dear reader, to leave comments on the publication, you must sign in.