Indicative peacefulness and probable opponents. Will Biden start a war? 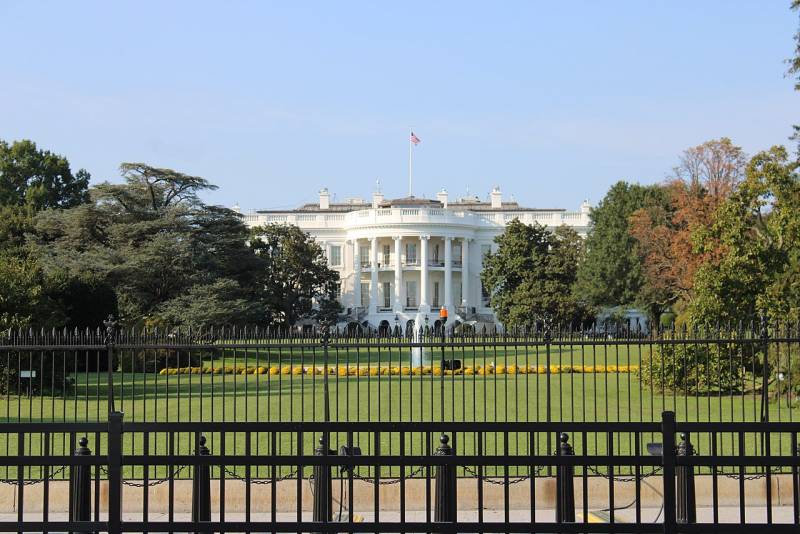 As you know, during the four years of his rule, US President Donald Trump did not start a single war and, on the contrary, took measures to reduce the already deployed contingents. Now Joe Biden is in the presidency, and this change of power is a cause for concern. The media have expressed concerns about the possible resumption of the old course, which could lead to the start of new military operations and conflicts.

In the past four years, the Pentagon, following the course of the Trump administration, continued to conduct a number of military operations begun earlier. The solution of tasks in Afghanistan, Iraq and Syria continued. At the same time, the contingent involved in these operations was gradually reduced. Formations and units were systematically removed from hot spots.

Despite a number of crisis situations in different regions, new operations did not start. Thus, the confrontation with Venezuela and the DPRK is still political and economic in nature, but it does not go into a military phase. At the same time, the fight against Iran has already led to an exchange of strikes with some personnel losses, but nothing more.

In recent weeks, President-elect Joe Biden and candidates for key government positions have spoken repeatedly about their plans for international politics. These speeches traditionally touched on several main topics: the US commitment to the ideals of freedom and democracy, the desire to help third countries in the fight against tyranny, etc. 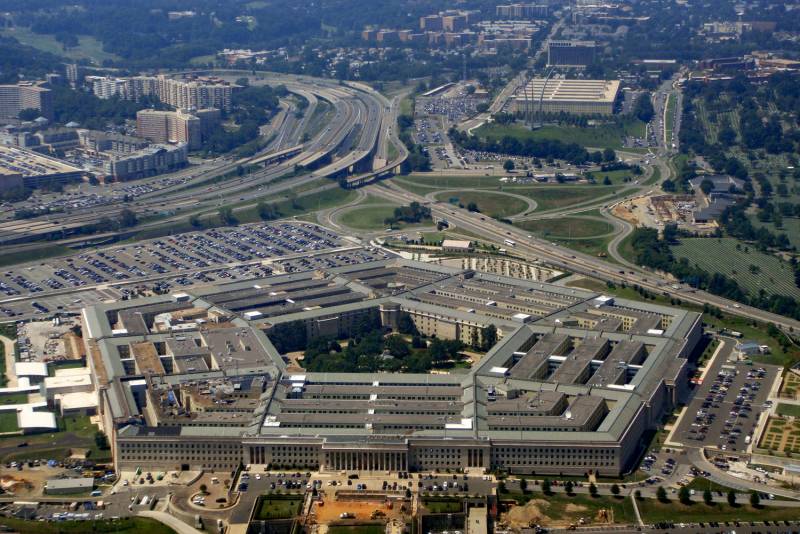 For obvious reasons, no one spoke directly about the desire to start a war with this or that country. With this exemplary peacefulness, the new presidential administration is no different from the previous ones. At the same time, there is a constant talk of the need to counter Russia, China and other geopolitical rivals.

Measures are proposed, ranging from political and economic sanctions to demonstrations of military force. However, proposals to involve the armed forces do not cross the line and do not yet provide for the start of open hostilities.

In the early XNUMXs, the J.W. Bush launched two major operations in Afghanistan and Iraq. In addition, during the declared war against terrorism, other military and political measures were taken. All of this immediately became the subject of criticism from the Democratic Party - and helped it attract the electorate in the next elections.

In 2008, Democrat B.Kh. Obama. He promised to complete operations in Iraq and Afghanistan and withdraw troops, but did not do it in two terms. Despite criticism of the predecessor, his administration took an active part in organizing and conducting the "Arab Spring". In addition, it was under B. Obama that the Libyan and Syrian operations started, which are still ongoing. 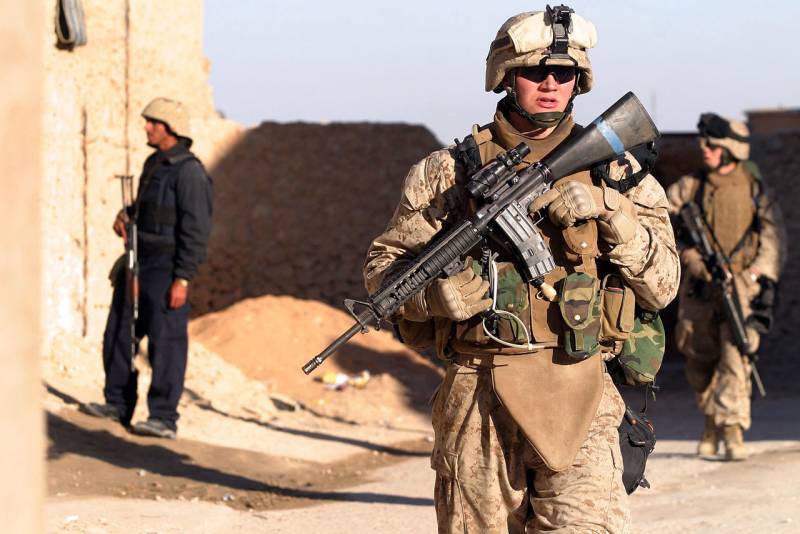 D. Trump's supporters regularly remind that new wars did not start under him. At the same time, suspicions are expressed against the new administration, which may end this course. It can adopt the methods of B. Obama, who allowed the solution of pressing political issues by military methods. How substantiated such suspicions are is not completely clear.

With all the uncertainty of the situation, there remains a certain risk that J. Biden and his team will not limit themselves only to sanctions against unfriendly countries and launch full-scale military operations. Consideration should be given to the current situation and to determine which countries are then exposed to the main risks.

Russia and China have been declared the main geopolitical opponents of the United States. It is obvious that they will be fought with economic and political methods. The Pentagon will also be involved in this fight, but only at the level of cyber operations and display of the flag.

An open armed confrontation with the superpowers is simply impossible. Only a "small victorious war" is acceptable for solving urgent political problems, and in the case of the PRC or Russia, the armed conflict will not be quick, and victory in it is not guaranteed.

In the context of relations between the United States and China, it is necessary to recall the reports of the recent past about some levers of influence of official Beijing on J. Biden's team and about the activation of Chinese intelligence. If they correspond to reality, the new president has additional reasons not to bring relations with China to war. 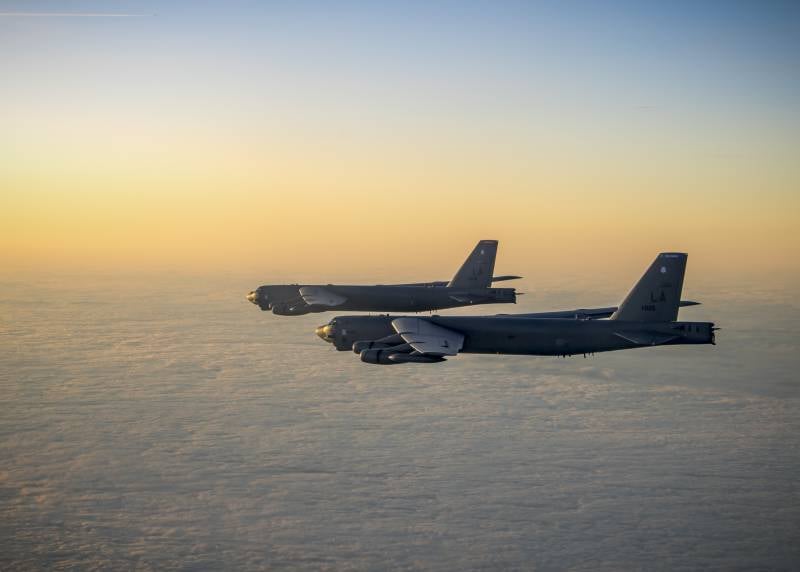 However, not all potential adversaries of the United States have developed armed forces or hidden leverage. As a result, such countries are at increased risk of becoming the next “enemy of democracy” and a theater of war.

Military measures can be used to "restore order" in nearby regions. For example, attempts to change the government in Venezuela have been going on for several years. It was not possible to do this peacefully, and a full-scale army operation could be the way out. Previous US actions "in the backyard" show the fundamental possibility of such events. Similar risks are present in the situation with Nicaragua.

Multilateral confrontation continues in the Middle East. In this situation, the main rival of the United States and friendly states is Iran. The topic of a hypothetical American-Iranian war has been discussed for several decades, but the real conflict has not yet begun. It is not known whether these tendencies will continue under J. Biden.

Under D. Trump, a new round of crisis took place on the Korean Peninsula, which was subsequently settled. North Korea remains a threat to US interests in the Asia-Pacific region, and also poses a threat to the closest friendly countries. So far the situation has stabilized, but any change in it can lead to the most serious consequences, up to a full-scale regional war. 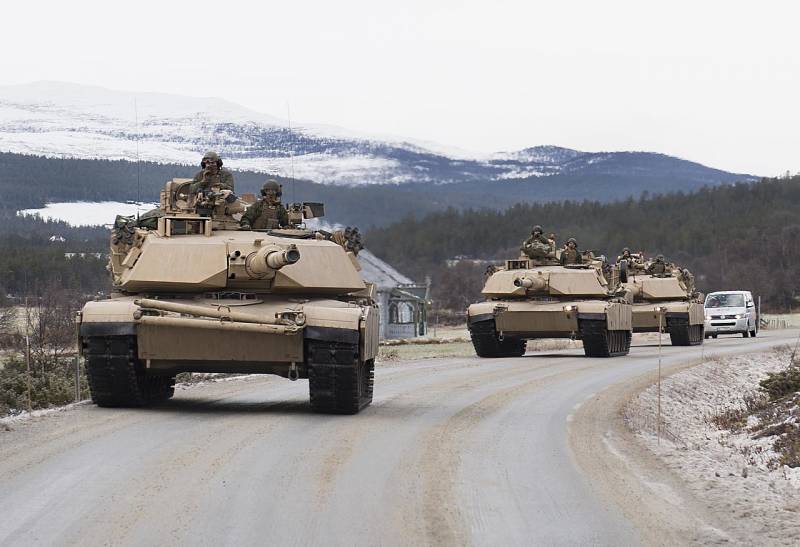 It should be noted that in all the cases considered, the American army will not have to count on a quick defeat of the enemy and an unconditional victory. Thus, in Venezuela and Nicaragua, it is unlikely that it will be possible to obtain wide support from the population, which will lead to the possibility of a large partisan movement and other negative consequences. Similar factors are present in the hypothetical war with Iran, which also has a fairly developed army.

Unlike other "rogue states", the DPRK already has a nuclear weapons and the means of its delivery. Any attempt to attack this country could lead to dire consequences for the economy, infrastructure and reputation of the United States and allies. The supposed gains from the victory over Pyongyang will simply not justify the possible losses.

Despite the change of president, the United States must maintain the main directions of foreign policy. Washington will continue to take all measures to maintain world leadership in key areas. Any attempt at competition will be suppressed by all available means, as has happened many times in the past and as is being done right now.

The full and precise plans of the new presidential administration have not yet been announced and approved, which opens up room for various assessments and forecasts - and not everyone is optimistic. So far, all possible scenarios are being seriously considered, up to the start of new wars "in the name of democracy" and to promote US interests in different parts of the planet.

At the same time, such forecasts can be overly pessimistic. Indeed, the international situation as a whole is not conducive to a quick and peaceful solution of all accumulated problems and the resolution of the confrontation between the United States and a number of foreign states. However, the immediate start of full-scale hostilities will not give all the desired results and, in general, does not make sense.

Thus, an ambiguous situation is developing. The experience of past years and the specifics of American foreign policy will definitely lead to the continuation of the main conflicts of the present time. The prospects for their peaceful settlement are at least questionable. There is a risk of new wars, but the likelihood of this is not yet clear. Probably, the situation will become clear in the near future, when the new US leadership openly and clearly discloses its position and issues the necessary decrees. In the meantime, you should consider all possible scenarios and prepare your answers for each.

Ctrl Enter
Noticed oshЫbku Highlight text and press. Ctrl + Enter
We are
Overseas ally? Donald Trump - US Presidential CandidateSituational analysis of the death of the MH17 flight (Malaysian Boeing 777), made on the basis of engineering analysis from 15.08.2014
Military Reviewin Yandex News
Military Reviewin Google News
48 comments
Information
Dear reader, to leave comments on the publication, you must sign in.