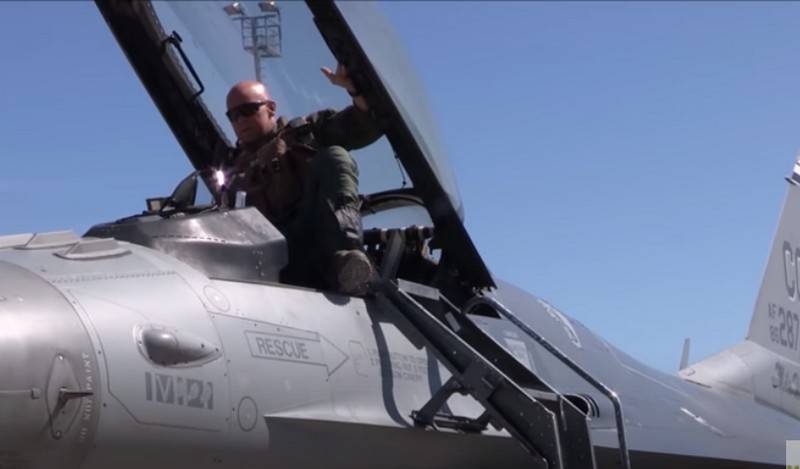 
The publication refers to the statement of the US Air Force Command in Europe and Africa, which reported the implementation of a certain joint operation "on target designation in all spheres", which involves practicing overcoming the deeply echeloned Russian air defense system in the region.

The magazine notes that the event confirmed the ability of the American combat aviation and their NATO allies to operate in the Black Sea region in the face of "firepower within an area that the adversary considers protected by blocking, restricting and denying access and maneuver technology."

It is reported that within the framework of these exercises, the F-16 fighters of the US Air Force, accompanied by the F-16 of the Romanian Air Force, worked out the use of the AGM-158 Joint Air-to-Surface Standoff Missile (JASSM) missile against the targets of a mock enemy. The exercise was also attended by the Royal Air Force, providing a KC-135 Stratotanker tanker aircraft. In addition, the US Navy's P-8 Poseidon carried out reconnaissance.

Earlier, the Pentagon has repeatedly stated that they are actively studying the Russian air defense-missile defense system in the Black Sea and Kaliningrad region.

Note that Romania is increasingly becoming an American staging area for an attack on Russia in the Black Sea region. The United States is deploying its weapons on Romanian territory, involving the Romanian Armed Forces in all exercises in the Black Sea.
Ctrl Enter
Noticed oshЫbku Highlight text and press. Ctrl + Enter
We are
Reports from the militia of New Russia for 27-28 September 2014 of the yearYuri Drozdov: Russia prepared the role of the sacrificial calf
Military Reviewin Yandex News
Military Reviewin Google News
69 comments
Information
Dear reader, to leave comments on the publication, you must sign in.