How the West assesses the RF's possible refusal to complete the Nord Stream-2 gas pipeline: a review of options 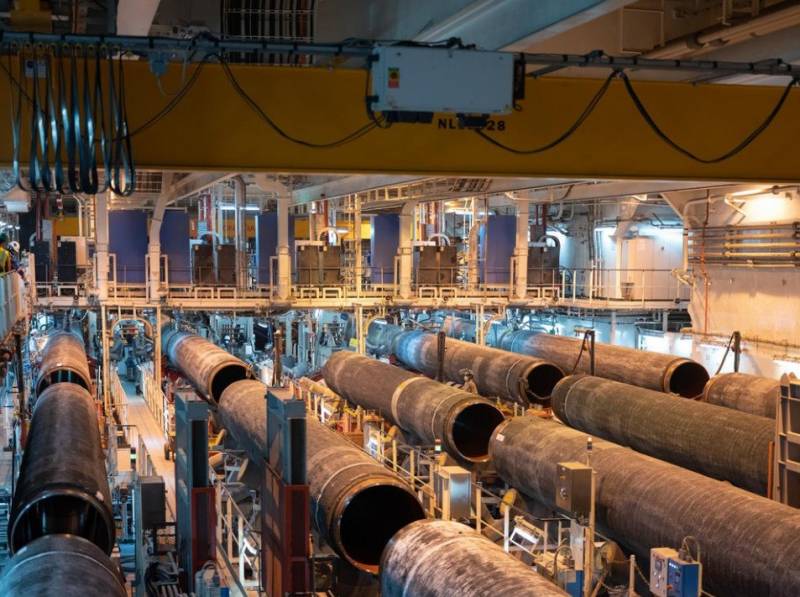 The Nord Stream 2 gas pipeline is 95% complete. However, the next sanctions against the project by the United States and its European allies made people talk about the possible prospects for completing the SP-2. If earlier both in Russia and in Europe they stated that the gas pipeline would be completed in any case, now the situation has changed. Gazprom itself spoke about the possible suspension of construction.


Representatives of the corporation said that they are trying to complete the SP-2, but due to political pressure it may be suspended or even completely curtailed. Thus, they warn European investors about possible risks and explain that in this case, Russia will not be to blame for the losses of investors: all the blame will fall on the United States as the main initiator of sanctions against the gas pipeline.

Already in the new year 2021, due to American pressure, the Norwegian company DNV GL, the Danish engineering company Ranboll, and the Swiss insurance company Zurich Insurance Group were forced to refuse to participate in the construction of the gas pipeline. Apparently, the list of "refuseniks" will grow. So, on January 18, it became known that the German company Bilfinger, due to fear of sanctions, also withdrew from the project.

The European media assess the possible suspension of Nord Stream 2 ambiguously. Much depends on the nationality of a particular publication. On the whole, the Baltic, Polish and Scandinavian press are more negatively disposed towards SP-2 than the German or French mass media. Thus, the Swedish author Ingvar Persson from Aftonbladet demands that Germany stop Nord Stream 2.

The project implies that money will flow straight into the pockets of those who staged the assassination attempt on Alexei Navalny, and this weekend decided to arrest him. The Germans saved Navalny's life. Now they have to stop Nord Stream 2,
- Ingvar Persson writes.

The Polish Gazeta Prawna limited itself to a rather neutral article that the Gazprom corporation was obliged to warn its investors about all possible risks, including the suspension of the SP-2 project, and did so.

According to the authors of The New York Tymes, pressure on the gas pipeline will be increased in connection with the arrest of Alexei Navalny in Moscow. Moritz Koch of the German newspaper Handelsblatt believes that only now, in January 2021, the US has imposed real sanctions against Nord Stream 2.

However, the German authorities have so far, after Navalny's return to Moscow, reaffirmed their commitment to the idea of ​​completing the construction of the gas pipeline. In addition, a special fund is being formed in Germany to bypass American sanctions, which has managed to collect tens of millions of euros. Suzanne Goetze from Der Spiegel justifies the environmental hazard from American LNG and writes that pipeline (that is, Russian) gas is safer for the environment.

Many experts are confident that Nord Stream 2 will be completed anyway, and US sanctions will become a serious but surmountable obstacle. Naz Masraff, director of Europe at Eurasia Group, a consulting firm, told the Financial Times that Moscow would use Berlin to find ways to circumvent US sanctions.

Even the Polish press, which could never have been suspected of pro-Russian sympathies, is forced to admit the economic benefits of Germany from the construction and launch of the gas pipeline. Teresa Vuyczyk from Biznes Alert complains that even in Poland there are companies that buy Russian gas in Germany under the guise of "German".

Another Polish author, Mariusz Staniszewski, sees Nord Stream 2 as a political project beneficial not only to Russia, but also to Germany, which claims to revive its dominant role in Eastern and Central Europe.

The opponents of Nord Stream 2 can only hope for a quick change of the German Chancellor. Following the departure of Angela Merkel from the post of head of the German government, according to, for example, Dr. Danielle Schwarzer, whose opinion is quoted by the British publication Express, Germany's policy may become tougher in relation to Russia. Although Armin Laschet's likely replacement for Angela Merkel is called by many in Germany itself, if not loyal to Russia, then referring to the Russian Federation is quite neutral and pragmatic.

Moreover, so far all these "for" Russia and "against" Russia are assumptions, and not a single American or European analyst can give real arguments in favor of Berlin's abandonment of the SP-2. After all, Biden, Merkeli, Trump come and go, but the economic interests of states, including Germany, remain. In addition, power is changing in the United States itself.

Thus, The Moscow Times quotes Nicholas Burns, an adviser to the US President-elect Joe Biden, who believes that under the new head of state, Washington may agree to lift the sanctions against SP-2. But before that, the United States will demand that first Europe, and above all Germany, officially suspend construction and begin negotiations.

Ctrl Enter
Noticed oshЫbku Highlight text and press. Ctrl + Enter
We are
A great interview with Sergey Lavrov: about Ukraine, Obama and IranWhat you didn't want to know about England
Military Reviewin Yandex News
Military Reviewin Google News
295 comments
Information
Dear reader, to leave comments on the publication, you must sign in.