Why do they all need aircraft carriers? South Korea

January 21 2021
61
We all know Kyle Mizokami from The National Interest has a very funny saying with which he begins many of his articles.


“Do you like cool ships? And so do we. Let's make fun of them together! "

Okay, USA. Everything is clear and understandable. India, China, Great Britain, France, even Russia in this regard look logical with their aircraft carrier ambitions. 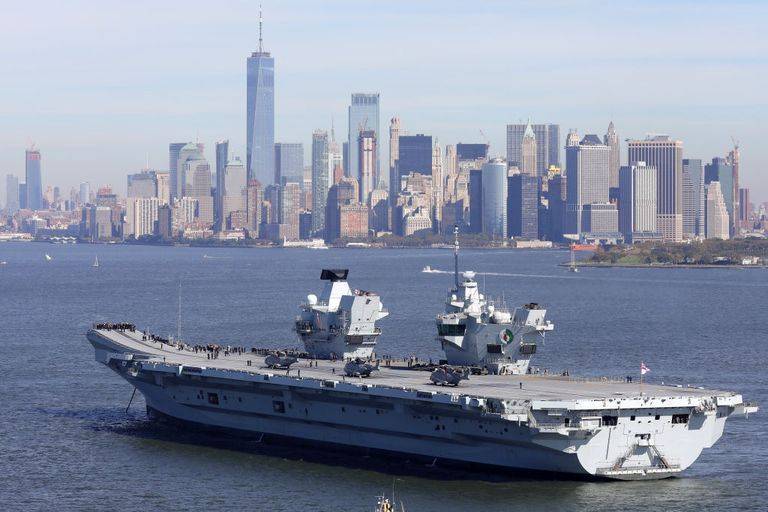 But I really want to ask South Korea: where are you going?

But nevertheless, earlier this year, the South Korean Navy published images of the project of its aircraft carrier. 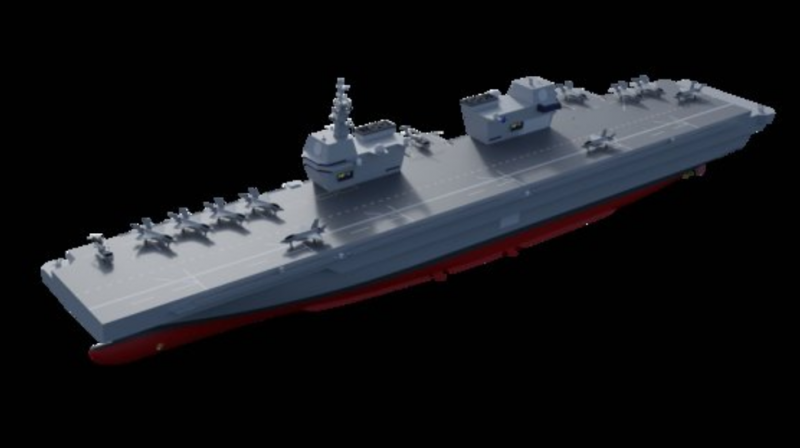 It will be a ship that was clearly created with an eye to similar British ships. It is assumed that it will house a wing of the F-35B, that is, aircraft with a short take-off and the possibility of vertical landing.

And the South Koreans are planning all this by 2030.

The most interesting thing is that sensations arise here in two ways. There is no doubt that if the South Koreans decide to actually build an aircraft carrier, there is no doubt. They will build it for sure. And because today South Korea is a leader in shipbuilding, and because projects do not have to go far.

If you look at the South Korean UDC of the "Dokdo" type, placing next to them, for example, the UDC of the "America" ​​type, a lot will become clear. Yes, "Dokdo" is small, only about 20 tons of displacement, but UDC "America" ​​looks, you see, as an older brother, who was well fed in childhood. 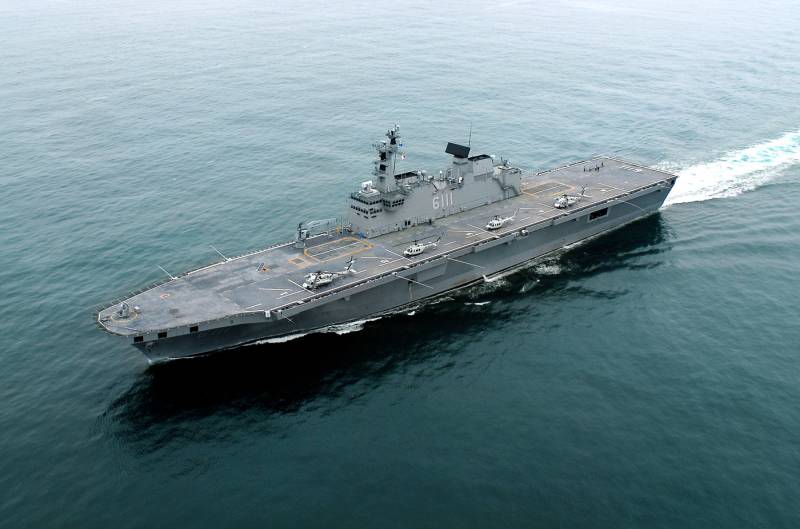 UDC "Tokto"
And the displacement of "America" ​​is at the level of the Russian "Admiral Kuznetsov", which in fact is almost an aircraft carrier. 45 tons. 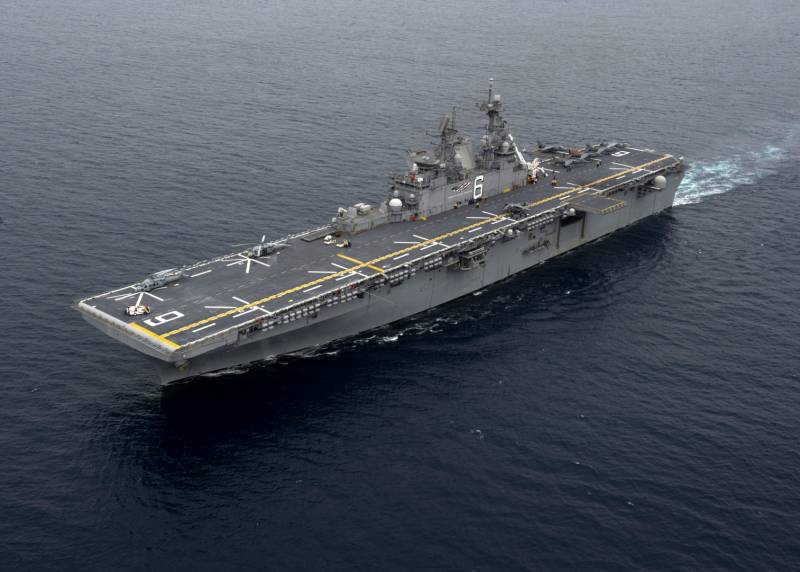 If we put the British "Queen Elizabeth" next to it, then the chain of analogies can be traced with the naked eye. 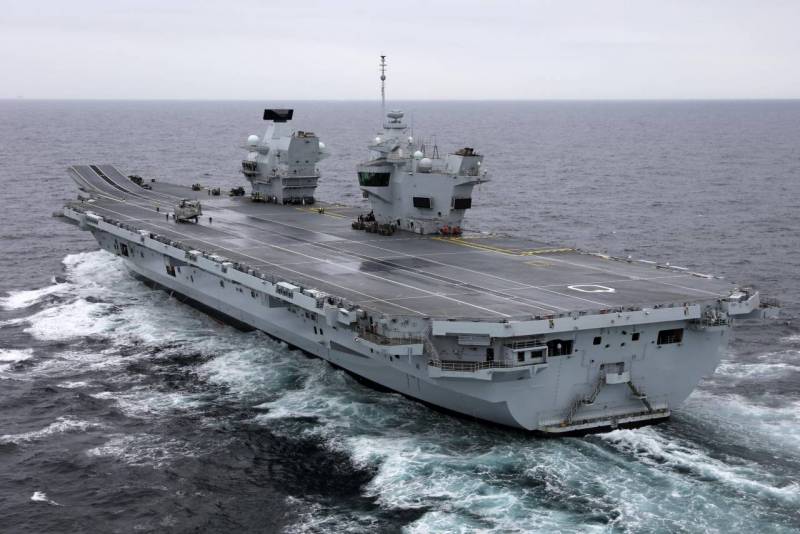 In general, UDC "Tokto" have decks from which aircraft of different classes can easily take off and, possibly, sit down just as calmly.

Will the South Korean design bureaus and shipyards cope with the task of building an aircraft carrier with a displacement of 50 to 70 thousand tons? Of course they can.

The dimensions of the aircraft carrier and the total displacement in tons are not indicated, but it can be compared in this regard with the "America". About the same length, about the same width. We can say that the approximate displacement is about 45 tons. In a class with "Admiral Kuznetsov". 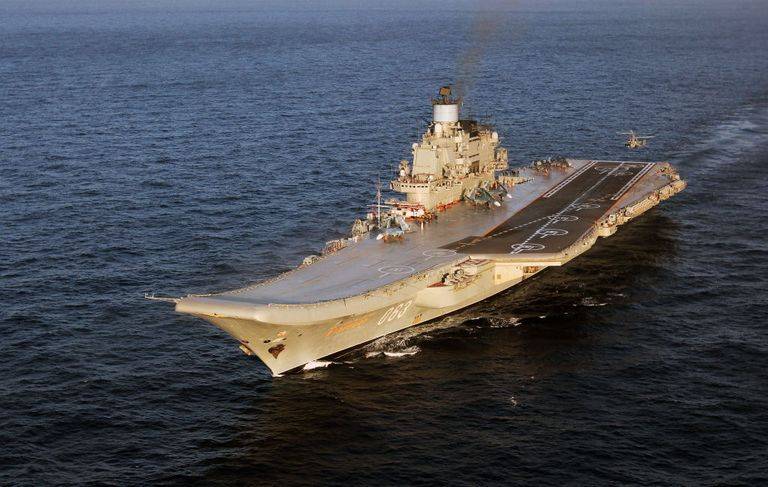 The deck of the aircraft carrier features ten F-35s and helicopters. The drawing, of course, is only a drawing, but it can be used for analogies with British ships. The same two islands, two lifts to the deck.

The two islands are modeled after the British. In the foreground, everything that is needed to control the ship itself is located, in the stern there are structures for controlling flights.

Two small islands instead of one big one make space on the flight deck. By the way, American aircraft carriers have one small island because they are nuclear and their reactors do not produce exhaust gases. The two islands are an attempt to solve the problem of exhaust gases from the propulsion system of the ship itself and from aircraft flights.

Since the Korean ship will be armed with short-take off planes with vertical take-off and landing functions, it saves the ship from both the catapult and the springboard. That is, such a variation on the UDC theme in fact.

Of course, lifting an aircraft, which is thoroughly loaded with fuel and ammunition, into the air using a springboard or a catapult is understandable. Time will tell how much the F-35B will allow to carry it out on a simple deck. But this is not the point, by the time that the F-35B can, we will be back very soon.

In addition, it was announced that the ship will be equipped with the latest radar capable of tracking missiles and a short-range anti-aircraft missile system to protect against enemy anti-ship missiles.

The thought immediately comes to mind that a small deck without catapults - here it is, our / Chinese aircraft carrier. That is, in fact, a heavy aircraft-carrying cruiser. Which is missing something.

And what are these ships missing? That's right, AWACS aircraft. The admirals of the South Korean Navy believe that the aircraft carrier will rely on the radars of accompanying destroyers and frigates to solve all problems.

It is quite logical, of course, because South Korea does not have AWACS aircraft. There are Orions, but they are completely unsuitable for this kind of work. The Land Air Force has 737 Boeing 4 AEW & Cs, but there is a question of interaction.

Yes, the newest South Korean destroyers of the King Sejong class equipped with the Aegis system with American-made AN / SPY-1 radars are strong ships, but “eyes in the sky” are many. In this regard, the E-2D Hawkeye is more than a useful aircraft.

But alas, in terms of security, the new Korean aircraft carrier will be completely dependent on escort ships.

In principle, this is not so scary. South Korea has more than enough modern and new destroyers and frigates to organize a normal escort for a pair of aircraft carriers.

So, what do we have in general?

We have a 45 ton light aircraft carrier with a 000-10 F-15B wing. Considering that South Korea has contracted 35 F-20B aircraft, there will still be a reserve for pilot training and compensation for failed machines.

In general, it is comparable to the capabilities of Liaoning, Admiral Kuznetsov, Vikramaditya and America-type UDC.
The Korean military says the ship will be ready by 2033.

Will we believe? Why not? South Korea's shipbuilding and industrial capabilities generally make it all easy.

But another question arises: why?

In what conflict and with whom can an aircraft carrier with a dozen aircraft be useful?

Here we must look at possible conflicts between South Korea and neighboring countries. For some reason, there is a persistent conviction that we will not see this aircraft carrier in the Persian Gulf or off the coast of Syria. Although everything, of course, can be.

Claims, including territorial ones. True, South Korea has claims to all its neighbors, without exception. The Independence Museum in Seoul has a hall dedicated to the territorial claims of South Koreans. They are proud of them.

Japan. The most publicized controversy is over the small islands of Takeshima / Dokdo. In general, this is just a set of rocks in the Sea of ​​Japan, nothing more. It is difficult to say why countries need these rocks, but neither Japan nor Korea clearly formulated their claims. Simply - it is necessary.

But it is doubtful that Japan and South Korea will be able to meet in a duel. They have one owner, and I am sure that a formidable shout from Washington will follow immediately.

China. There are also disputes with China regarding islands in the Yellow Sea. Plus the constant circling around Manchuria, where Koreans also have interests.

However, China already has two aircraft carriers of the same class. And a dashing battle will not work, if only because the Korean navy is a serious entity, but the Chinese navy will sweep it away, and very quickly. Because the PLA fleet of the PRC is more than four Korean fleet.

Russia. Not everything is simple with Russia either. South Korea claims the Deer Island, with an area of ​​as much as 32 sq. km. In general, the island itself does not exist, it was at the mouth of the Tumannaya River, but a load of sand poured it off the shore. But for the Koreans to do this ... But is there any point in meddling under the coastal complexes and strikes aviation shore-based is the question. With an aircraft carrier, without it ...

The overall situation is strange. They won't be allowed to fight with Japan; the aircraft carrier is simply useless with China and Russia. These 10 aircraft will not solve any problems in battles with such opponents.

Local showdowns between rocks in the Sea of ​​Japan? Funny, it just isn't worth it.

Here, only one conclusion suggests itself: in our age, an aircraft carrier is turning into a certain standard or element of prestige.

South Korea, which has a rather aggressive policy towards ALL neighbors without exception, just wants to add weight to itself on the world stage in this way.

I must say, it all looks pretty funny. The Republic of Korea has a fairly new and balanced fleet, capable of solving problems of protecting interests and protecting water areas. 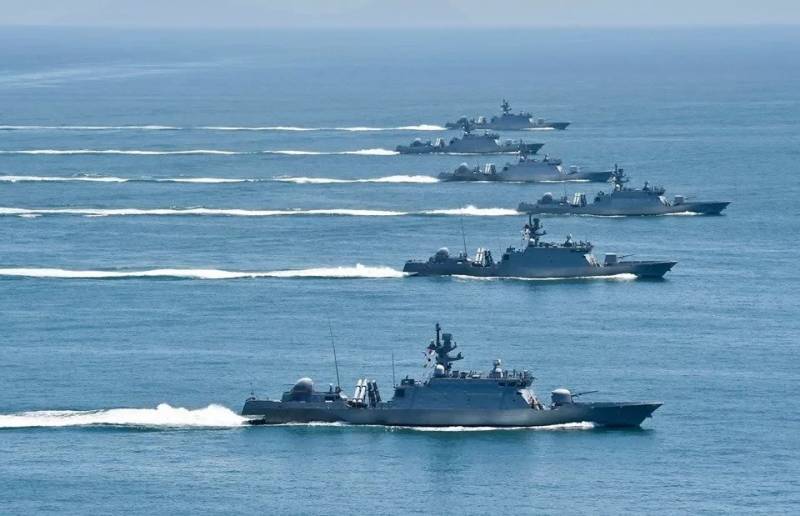 10 destroyers, 9 frigates, 28 corvettes. Submarines. Landing ships. Add to this an aircraft carrier with 10 aircraft, there is no increase in strength. At the coastal airfields of the armed forces of the Republic of Kazakhstan, there are almost two hundred fully sane F-15 and F-16. And they are precisely the main striking force to be reckoned with. And 20 even the newest F-35 ...

In general, the aircraft carrier virus turns out to be contagious. But since the Republic of Korea is so eager to join the ranks of the owners of aircraft-carrying ships, no one will forbid it. But how effectively time and money will be spent is another matter.

Ctrl Enter
Noticed oshЫbku Highlight text and press. Ctrl + Enter
We are
Defective aircraft carriers are not suitable for the Russian fleetWhy did the battleships really disappear?
Military Reviewin Yandex News
Military Reviewin Google News
61 comment
Information
Dear reader, to leave comments on the publication, you must sign in.