England is the fierce enemy of Russia 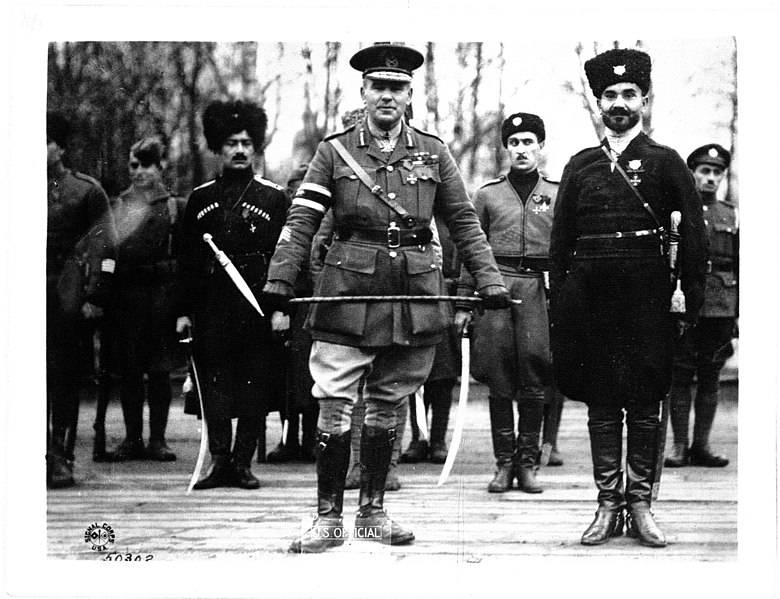 Over the past three centuries, England has been Russia's most formidable enemy. Only since the Second World War has Britain divided this place with the United States. The continuous conflict with England was fueled by the desire of the British to rule the world. Clearing the place of "king of the hill" for themselves, the British skillfully pitted the most powerful powers against each other.

"King of the Hill"

Speaking about France, Poland, Germany, Sweden, Turkey, Japan or China, one can also note the mistakes of Russia in this or that conflict with these countries. There were historical, territorial, economic or dynastic reasons. It was a natural struggle of peoples for a place in the sun. It was different with England.

The British wanted to rule the world. Therefore, century after century, Prussia (then Germany), Poland, Sweden, Turkey, Persia, France and Japan were set against Russia.

Russia and Britain did not have common borders and territorial disputes.

In particular, the idea of ​​going to India in order to provoke an uprising against the British there, arose in St. Petersburg only after another British meanness. When Tsar Paul I realized that he had been deceived and simply forced the Russians to "drag chestnuts out of the fire" for England. Set off Russia and France. The two powers could well have lived, if not in alliance and harmony, then at least while maintaining neutrality.

As, for example, Spain, Portugal and Russia. The Spaniards and the Portuguese also created world colonial empires, but they never meddled in the affairs of Russia, did not try to play us off with our neighbors. Therefore, in all conflicts between Russia and England, without exception, the "Englishwoman" is definitely to blame.

Recalling the main milestones in Russian-British relations, one can mention the attempts of England to make Russia an unequal trading partner - from Ivan the Terrible to the tsars of the Romanov dynasty. It was the intention of Nicholas I to develop Russian industry (the policy of protectionism), which violated the economic interests of the British, that became one of the main reasons for the appearance of European armies in Crimea.

Britain prevented Russia from returning to the Baltic, supporting Sweden in the Northern War and in subsequent wars with the Russians.

The British set Turkey against Russia so that the Russians would not go to the Northern Black Sea region, not break through to the Balkans, the Caucasus, the Mediterranean Sea (Constantinople, the straits) and to the southern seas.

To prevent the Russians from gaining a foothold in the Caucasus, England armed Persia.

Then London was able to drag Russia and France into a long and bloody confrontation. A series of heavy Russian-French wars. War with Napoleon.

The Russian Tsar Pavel realized the mistake and tried to get out of the trap, but the British organized a conspiracy of degenerate representatives of the Russian aristocracy. The Russian knight fell on the throne.

Tsar Alexander, apparently psychologically broken by the death of his father, became a figure in the great game of London. The Russians began to fight in the interests of Vienna, Berlin and London against France, although at this time they had no reason at all to fight the French. Russian interests in the south and east, age-old national tasks (for example, the straits and Constantinople) were practically forgotten.

At the same time, Britain does not forget to set Turkey and Iran against us. The British armed and trained the Persian army. British agents in the Caucasus taught the Circassians and mountaineers to fight against Russia. The British dragged out the Caucasian War in every possible way.

The tradition will be preserved much later. In the 1990s, the British parliament will talk about the independence of Chechnya.

Russia dives headlong into European affairs, becoming a "European gendarme". Spends a lot of time, resources and energy to maintain peace and order in Western Europe. All in vain. We are being used. Russians are admired when they save Europe from the "tyranny" of Napoleon or Vienna from the uprising of the Hungarians, but no thanks.

In the Crimean (Eastern) War, the "world community" - England, France, Sardinia and Turkey oppose the Russians. Austria trains the army, fetters our main forces at the Danube theater. The war is miserably lost.

Russians are pitched against the Japanese

Britain prevents Russia from occupying Constantinople in 1878 and takes away the fruits of victory. Tsar Alexander II retreats.

The British are beginning to accept Russian revolutionaries in order to use them against the Russian state if possible. This tradition has survived to this day. As before, various Russian trash, traitors and thieves are hiding in London. No issue from the Thames.

At the beginning of the XNUMXth century, the British lion "befriended" the Japanese dragon in order to incite the Japanese Empire against the Celestial Empire and Russia. The British, together with the Americans, armed the Japanese samurai with modern weaponshelped create a fleet. Financed the war against Russia. Japan became a battering ram directed against Russia (How the Anglo-Saxons played off Russia and Japan). At the same time, the Anglo-Saxons use Japan in the same role up to the present time.

At the same time, Russia began to create a powerful "fifth column", to organize, direct and finance revolutionary and democratic movements. Liberal and socialist (Marxism) ideologies were used to destroy the Russian Empire. England helped organize the First Russian Revolution. It was a rehearsal for the future First World War and the 1917 Revolution. London was preparing Russia for the slaughter of the Romanovs.

Here it is necessary to remember that it was London and Washington that gave birth to "international terrorism". It was created by the Anglo-American alliance of power, intelligence services and capital. Spawned, directed and tested in Russia.

England is the birthplace of international terror. Therefore, when, since 2001, the West, led by the United States, began to hypocritically fight terrorism, including “black” (radical) Islamism, it also gave birth to it. In particular, the Anglo-Saxon special services used jihadists even during the Afghan war against Russia-USSR.

Russia and Germany: play off!

England did everything to destroy a potential alliance between Russia and Germany, which could successfully resist the Anglo-Saxons. Face off the Russians and the Germans, Britain's main competitors in Europe and the world. The operation was a success.

The Germans and Russians were conducted, played off (The main enemies of Russia who robbed her were Britain and the United States.).

At the same time, London from the very beginning of the war was not going to share the fruits of victory with Russia. In particular, give Russia the Bosphorus and Constantinople. London was going to destroy and rob its competitors within the Western world - the German world. Destroy, dismember the Austro-Hungarian and German empires. Rebuild the Muslim World (Ottoman Empire). And the main thing is to solve the "Russian question".

The task was successfully completed. The Russian empire has been destroyed, partially dismembered. England became one of the main organizers of the bloody fratricidal Civil War. She supported the national separatists - from Finland to the Basmachs in Turkestan.

The British occupied and planned to include in their empire the lands of the Russian North, part of the Transcaucasus (oil from Baku) and Turkestan.

The British are responsible for the deaths of millions of Russian people during the Troubles. Only the project of red Russia (Bolshevism) saved the state and the people from complete destruction.

Then the Anglo-Saxons relied on fascism and Nazism in Western Europe. We created the "Hitler" project. They helped the Nazis to seize power, and the demoniac Fuhrer was given almost all of Europe to go to the East (As the masters of the West unleashed World War II; Why England and France acted in the interests of Hitler and the USA).

True, here Britain is gradually giving way to the United States. The Second World War led to the decline of the British Empire, the destruction of its colonial empire. London becomes junior partner in the England - USA link.

Later London became one of the instigators of the Third World War, known as the Cold War.

Until now, Britain, as part of NATO, fought against the peoples of Iraq, Yugoslavia, Afghanistan and many other countries.

And the last war in the South Caucasus in Nagorno-Karabakh did not go without the British, who secretly stood behind Turkey.

Thus, although England herself tried not to wage a full-scale war against Russia (except for the Eastern War), the secret war between the two great powers never stopped.

London has always been hostile to Russia - tsarist, Soviet or democratic. The British have always tried to push us against our neighbors.

Ctrl Enter
Noticed oshЫbku Highlight text and press. Ctrl + Enter
We are
The failure of the "Hoffmann Plan" - the forerunner of the plan "Barbarossa"Molotov-Ribbentrop Pact - the policy of pragmatism
Military Reviewin Yandex News
Military Reviewin Google News
135 comments
Information
Dear reader, to leave comments on the publication, you must sign in.