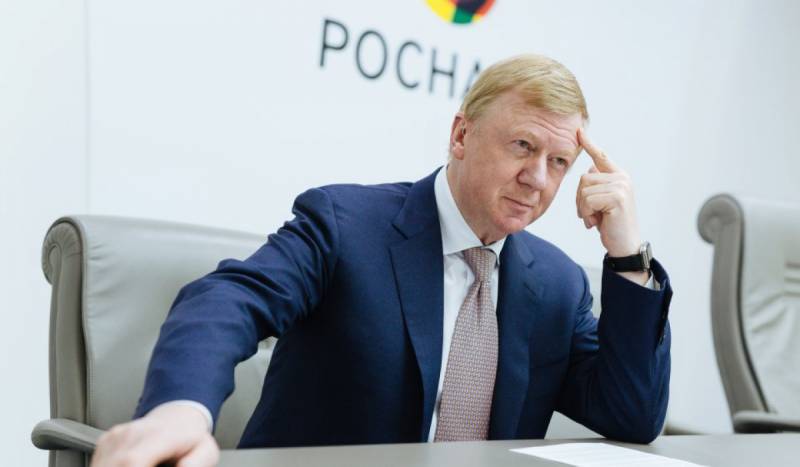 The most shocking thing about Rusnano's financial statements is the cosmic sums spent on applied projects. In any investment structure, cash flows should be invested in profitable stories... Otherwise, the structure ceases to live. But in the case of Russian state corporations, to which Rusnano belongs, this is far from the rule.

In 2015, the Accounts Chamber checked the spending of Rusnano and was horrified. 50 billion rubles or 37,3% of state money was invested in unprofitable projects! And this, let us recall, is the rubles almost six years ago, the liquidity of which was significantly higher than the current Russian currency. In total, out of 16 investment projects executed in 2015, eight turned out to be unprofitable, and the Accounts Chamber classified twenty-one more as crisis ones. 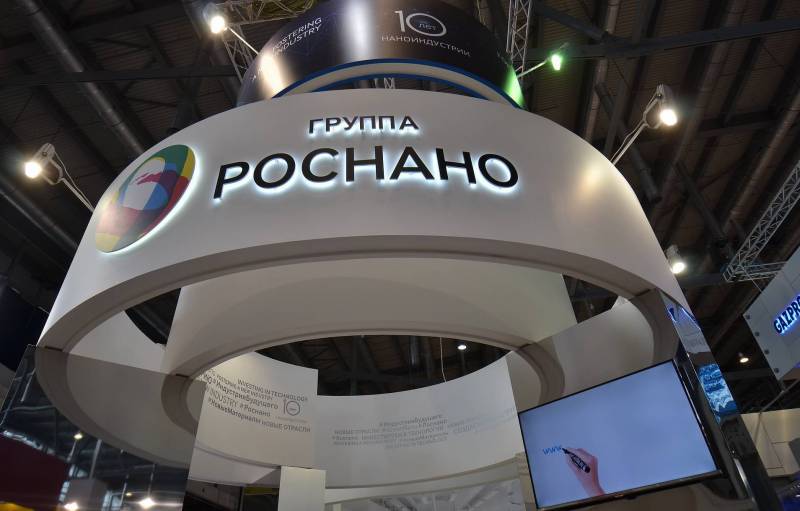 Photo: Svetlana Lebedeva
Lillputian Systems, in which the state, represented by Rusnano, invested at least 800 million rubles, is in the top of the failed projects "lighter-charging" for electronic gadgets.

The final "exhaust" was ridiculous in this case, 21,3 million. What is this breakthrough technology startup, for which nearly a billion has been spared?

The project was launched back in 2012 and is a pocket fuel gas-to-electricity converter. As the website rusnanonet.ru says:

“The device works on replaceable butane cartridges. One such cartridge the size of a lighter is enough to fully charge a smartphone battery 10 to 14 times.

The device uses the company's Silicon Power Cell ™ technology, based on advances in nanotechnology, including solid oxide fuel cells, microelectromechanical devices. Device cartridges are safe, easy to use, and inexpensive.

The product has already been approved for transportation and use on domestic and international flights. "

As is clear from the release, nothing new has been created at Rusnano.

They just invested in foreign technology from Lilliputian Systems, Inc. and tried to adapt it for the Russian market. The money was wasted, we do not see miracle gas batteries on store shelves, and Rusnano does not even have the courage to admit its mistakes - on the mentioned site rusnanonet.ru, the charger is still considered an unfinished project.

The projects Galileo and Plastic Logic were implemented for Rusnano with approximately the same share of unprofitableness (about 50%).

In the first case, domestic nanoengineers or nanomanagers attracted Italians to create RFID tags for radio frequency identification (Radio Frequency Identification). The easiest way to find this technology is in bookstores. Often, sellers on the pages of publications glue thin RFID transponders, which do not allow silently and free of charge taking the book out of the store.

Rusnano has invested 1,72 billion rubles in this project, of which only 852 million have returned! The main question - from what side is nanotechnology in general here? A nanometer is one billionth of a meter, and RFID technology is based on micrometers, which is one millionth of a meter. Such a billion-dollar waste would be more suitable for the hypothetical Rosmikro.

Anatoly Chubais in 2011 showed Prime Minister Vladimir Putin a prototype of a tablet, which he threatened to supply every student in the country. Plastic Logic designed flexible EPD screens and part of the rig for this gadget. The project was eventually closed. Due to the lack of sales and demand markets, having managed to return no more than 4,3 billion rubles.

Anatoly Chubais recently, in commemoration of his twelve-year term (9 years at Rusnano and 3 years before that at the Russian Corporation of Nanotechnologies), recorded a video for his colleagues, in which, in particular, he summed up:

“We have conscientiously fulfilled the mission that we have taken upon ourselves.

But there is no doubt that the nanotechnology industry has been created in Russia. "

Has the nanotechnology industry been created as a result, if among the successful projects of this corporation there is only the production of heat-insulating foam concrete from cullet and high-strength lightweight concrete?

And again the question - why on earth are purely construction projects suddenly interested in Rusnano? The secret of this alignment lies in two reasons.

First of all, in the hype around the term "nano" itself.

Fifteen years ago, the whole world was excited by the engineering prospects of new technologies that promise unprecedented materials with unprecedented properties. The Russian leadership was also impressed - in 2007, Vladimir Putin declared nanotechnology to be one of the priority areas in Russian science and technology.

Even the term “nano-containing” products has appeared. It was trendy and sold well. It was enough to write the magic word "nano" on the packaging and you can safely raise the price for the consumer.

In general, nanotechnology turned out to be a real klondike for marketing. For example, the notorious nano-additives for gasoline in the overwhelming majority of cases do not have any significant effect for the motorist, but they significantly increase the manufacturer's profit.

By the way, such nano-containing products for petroleum products in Russia occupied at different times from 41 to 73% of the entire industry, which, according to Chubais, was created in Russia.

The science-intensive part of nanotechnology - electronics and semiconductor industry, the industry of new materials and pharmaceuticals in our country are practically undeveloped. Unfortunately,

"Innovative and unparalleled in the world"

nano-containing products are only copies of foreign solutions, or modernized versions.

Where, after all, are Russian competitors to Intel and AMD processors?

Rare Russian companies engaged in nanoproduction receive scanty profits, and sometimes even a loss, partially compensated by state programs. The costs of research and development work are vanishingly small, which indicates that manufacturers are not interested in further development of the direction.

Private Russian capital is not at all ready to invest in nanoproduction. Businessmen are well aware that the artificially inflated fashion for the Russian "nano" is very short-lived and financially doomed.

The second reason why it was not possible to achieve a breakthrough was the very essence of Rusnano.

This is a state corporation that receives funding from the budget. With the right level of management motivation, cash flow can be inexhaustible. In total, since 2007, about 140 billion rubles have been allocated for Russian nanotechnology, which Rusnano returned to the budget in 2019.

On paper, everything is clear - as much as they took, they returned as much, and even created a new industry. In fact, managers were returning debts in rubles, which have fallen in price by more than two times since 2007. It is easy to calculate how much the games with nanometers cost Russia.

The situation when decision-making managers do not risk their bonuses and privileges creates conditions for squandering budget money. According to the publication profile.ru, for the failed projects described above, managers still received awards in 2015 for 5,5 million rubles. Why try if you don't risk anything and if something happens, the state budget will cover the losses?

On December 4, 2020, Anatoly Chubais was appointed the president's special representative for relations with international organizations.

After so many successful, as Chubais himself believes, years of work in a technology corporation, the 65-year-old manager is sent to an insignificant position. Are there any more weighty arguments against the actual failure of the Rusnano project? 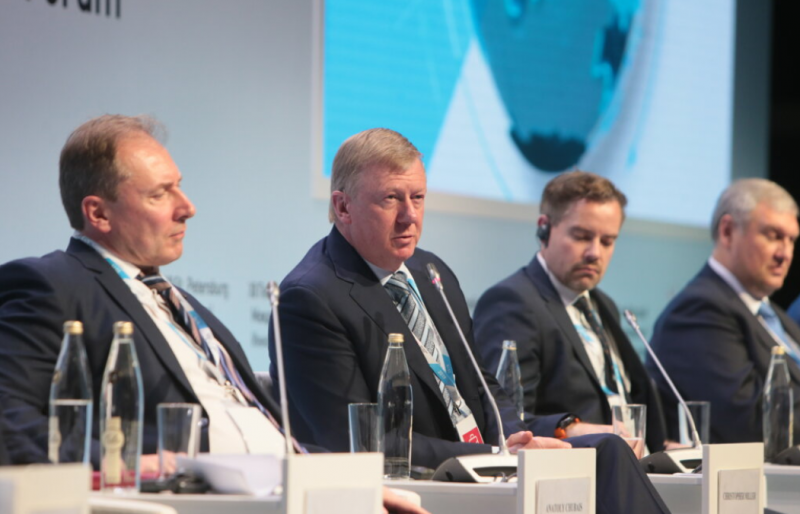 Source: rosnano.com
Unfortunately, the example of a nanotechnology corporation (and its boss) is not unique in Russia.

The lack of clear development guidelines and the presence of incompetent managers exacerbate Russia's technological backwardness.

In 2007, they rushed to raise nanotechnology, and in 2020 they unexpectedly decided to create a "National Genetic Database". Nobody thinks about the fact that in neither case in Russia there is any demand for such products. And our, at best, secondary goods are not particularly ready to buy abroad. Despite the low rate of the national Russian currency.

Technologies in Russia were largely kept on the groundwork of 30-40 years ago. Roscosmos is gradually destroying the gigantic foundation of the Soviet space school, step by step giving priority to the United States, China and Europe. Perhaps, only Rosatom is so far ready to create global competition in the market, while Rostec is ready to create certain areas of its own activity.

Truly modern technological innovations and scientific breakthroughs in Russia can be counted on the fingers of one hand. The PD-14 family of aircraft engines, the synthesis of the chemical element Oganesson and, of course, the world's first vaccine against COVID-19 come to mind.

And in this regard, the announcement of 2021 as the year of science and technology looks at least an ironic decision.