Polish press: Russia's actions against Ukraine led to the restoration of the conscription system in European countries 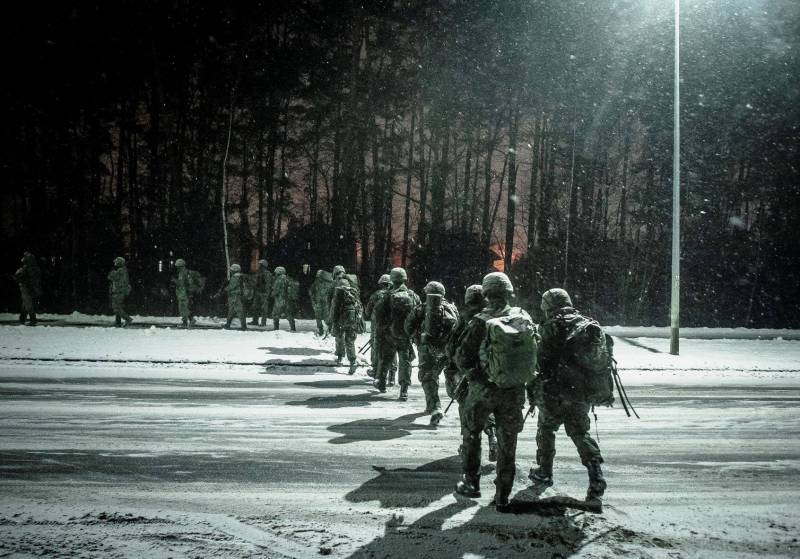 An article was published in the Polish press dedicated to the system of military service in European countries. This is about the material published by the Defense24 resource in which the author says that 10 years ago the conscription service seemed to be a thing of the past to Europeans. It is noted that many countries of continental Europe, including the Baltic states, Ukraine, Sweden, Croatia, and Poland itself, refused to be drafted into the armed forces.

However, as the Polish edition writes, "in 2014 everything changed due to the actions of Russia." Defense24 states that “it was Russian actions against Ukraine” that led to the restoration of the conscription system in European countries.

Since 2014, a wave of return to universal military service began. The attacked Ukraine was the first to return the call, then a similar decision was made in Lithuania, then in Sweden. As you can see, this step was taken by those who were directly in danger.
Today, as Polish journalists say, almost all European countries, including large ones, realize the need to use a mixed system of manning the armies.

Estonia is implementing a program according to which the military service should integrate the Russian minority into the Estonian army. In large European countries, the conscription system is now seen as an adequate way to increase the size of the armed forces, because recently young Europeans have been reluctant to choose the military profession as a professional career building.
The Polish author writes that he understands the "fears" of many European countries. But the initiative of the Serbian Minister of Defense to restore the conscription system in the country's army is no longer so clear to him. The Polish press said that the initiative of the Serbian Ministry of Defense "is perplexing, since Belgrade is not threatened by either Russia or Turkey." But the Polish edition does not remember why NATO seized part of the territory of Kosovo from Serbia.

Ctrl Enter
Noticed oshЫbku Highlight text and press. Ctrl + Enter
We are
Reports from the militia of New Russia for 27-28 September 2014 of the yearInterview of Vladimir Putin with Radio Europe-1 and TF1
Military Reviewin Yandex News
Military Reviewin Google News
53 comments
Information
Dear reader, to leave comments on the publication, you must sign in.