The myth of Stalin's "preemptive war" 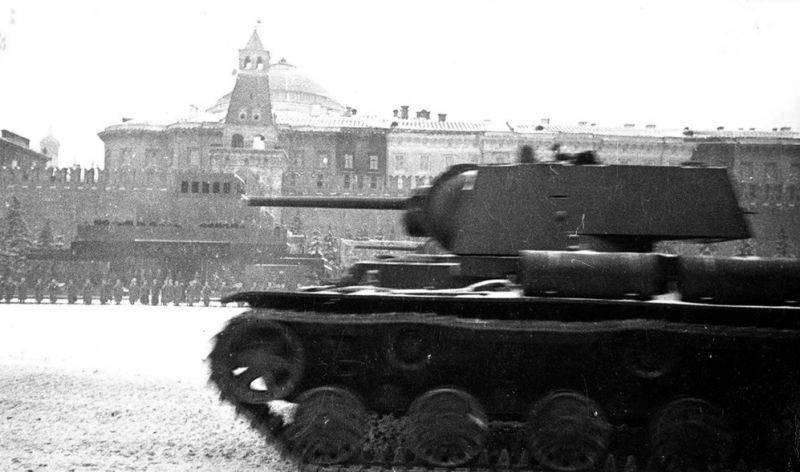 Attempts to rewrite and destroy the original history Russia and Soviet civilization, on the pages of books, on the air of TV and in the information field of the Internet, a myth was formed that Stalin himself planned to attack the Third Reich. Hitler's blow was supposedly just a "preventive" one.

The most famous author of this scandalous black myth was the traitor to the motherland, a former Soviet intelligence officer, defector Vladimir Rezun. He brazenly took the pseudonym Suvorov. Rezun presented the concept ("Icebreaker", "Day" M "), according to which the Stalinist empire in early 1941 was preparing an attack on Nazi Germany in order to capture a significant part of Europe, spread the" world revolution "and establish a socialist system there. The start of Operation Thunderstorm was supposedly scheduled for July 6, 1941. And the crushing defeat of the Red Army at the beginning of the war was due to the fact that the Soviet armies were taken by surprise by the Nazis, preparing to attack, not defend.

Rezun's works received support in the West as part of the information war against the USSR-Russia, so this version became widespread. In general, we can say that by now the traditional picture of the Second World War is supported only in Russia.

At the same time, liberal, pro-Western circles are constantly throwing mud at our history and actively spreading anti-Soviet myths. In the West, Stalin and Hitler, the USSR and the Third Reich were put on the same level, they are considered the culprits of the war. White was repainted to black, and vice versa.

Although in reality England and the United States are guilty of starting World War II no less than Hitler's Germany - World War II - a terrible blow of the USA and England to Russia, Germany and Japan... Moreover, they are already trying to show Hitler as a defender of Europe against the Russian, communist threat.

In fact, this is just a repetition of cliches that were created by Hitler's propagandists. The version cannot be considered new.

German politicians and the military were prone to certain stereotypes. They use the slogan "preventive war" almost always when they are going to attack someone.

Under Bismarck, these were Austria and France. Then this slogan was used in the First World War and the Polish campaign.

A similar fake was developed on the eve of the Russian campaign.

German lawyers tried to use this thesis to defend the German elite during the Nuremberg trials.

However, the facts of aggression were so convincing (A. Poltorak. Epilogue of Nuremberg. M., Voenizdat, 1969.) that even during the Cold War, Western propaganda did not use these tales of "preventive war".

The Soviet Union could easily repel such information attacks. Only during the period of "perestroika" and "glasnost", when everything that was possible, including outright lies, was used to collapse Soviet civilization, this myth received a new life.

In "democratic" Russia, this myth also went off with a bang. At this time, any lie directed against Russia and the USSR had powerful support from above. And timid attempts to tell the truth were choked in the most harsh way.

"Reveals" of the Soviet regime poured in a muddy stream from all pages and screens. Lenin is a German spy, the Bolsheviks destroyed the empire and killed 100 million of the best Russian people, communism is an ideology of enslavement, Russians are hereditary slaves, etc.

After the collapse of the Union, the masters of the West set their ideologists and propagandists the task of breaking Russia. Desecrate, rewrite the past of the Russians, so that they can never restore their power. They became slaves of the new world order led by the United States.

Interestingly, Rezun's works were popular not only in the West, but also in Russia. They were widespread among the youth, patriotic environment. The fact is that the lie was skillfully woven by him and pasted into the basis of real facts.

In the eyes of an ordinary person, everything was logical. It was difficult to dig in. In particular, Rezun after "perestroika", when everyone in "democratic Russia" was throwing mud at the USSR, spoke in a positive tone about the Red Army, advanced military equipment, powerful Soviet intelligence, Stalin's successful policies, and the weaknesses of Western countries and Japan. In the book "The Purifications" he rightly showed that the repression in the army is exaggerated, and the purge did not weaken the Red Army (one of the myths of liberal Russia), but vice versa.

Rezun wrote that Stalin allegedly concentrated the Red Army for a strategic offensive operation, but kept it in complete secrecy. Only the People's Commissar of Defense Timoshenko and the Chief of the General Staff Zhukov knew about the operation. The order was planned to be given only after the complete concentration and deployment of troops. Hitler allegedly preempted the Russians by literally 1-2 weeks.

The problem is that it is impossible to prepare an operation of this scale within this period. Millions of soldiers, thousands of pieces of equipment and heavy weapons. Exploration, planning and supply. Such operations are preceded by a tremendous amount of planning and preparation. Tasks for armies, formations and units, reserves, front sectors, directions of strikes, tasks of the first and second stages of the operation, organization of interaction, support for artillery and aviation, reconnaissance, delivery of reinforcements, ammunition and food and much more. The work is then carried out by the headquarters of all levels: the General Staff - the fronts - the armies - the corps - the divisions. The corresponding plans, directives, orders are being prepared. It happens that such operations are prepared for months.

And then the Germans struck a sudden blow. Chaos, disorder, especially in the western (central) direction. The death of entire corps and armies. Rapid loss of vast territories. Many headquarters with secret documents fall into the hands of the Nazis. High-ranking officers are captured. Obviously, if the Germans received at least some real proof of Stalin's "preventive war", they would immediately announce it to the whole world. But they found nothing! Not a single document, not a single testimony from top commanders. There is only one conclusion - the concept of Rezun and others like him is a deliberate lie and rigging.

If Stalin, whom the enemies considered a great and reasonable man, had wanted to strike at Germany, he would have done it earlier. In particular, he offered England and France to jointly defend Czechoslovakia, then Poland. But the British and French refused, they wanted to send Hitler to the East, not fight him.

The French campaign was a great moment. All the forces of the Reich were on the Western Front. Germany did not have the resources for a long and difficult campaign. All hope for a short, lightning-fast campaign. Only 5 divisions remained in the East. For his rear, the Fuehrer was calm. However, Stalin did not need a war with Germany. The plan was different: to be above the battle that is taking place within the capitalist camp.

After the defeat of France, Hitler sets his General Staff the task of developing a plan for a war with the USSR with the aim of

"Destruction of the vital force of Russia."

There is not the slightest indication of a "preemptive strike" in the text of the directive.

By the way, the German generals were ready for such a war.

German generals were very afraid of war with the French and British, their combined military-material power was higher than that of Germany. After their triumph in the West, they no longer objected. Even in narrow, behind-the-scenes discussions, there is no alarm and gloomy forecasts.

German senior officers, according to the experience of the First World War and the intervention, did not believe in the revival of Russia, its strength. And the Finnish campaign seemed to confirm these conclusions.

The Wehrmacht easily crushed and occupied the leading powers of Western Europe. The losses were minimal. It was believed that the East would be an easy walk. Russia will collapse not only from the attacks of the Wehrmacht, but from the actions of the "fifth column", uprisings of nationalists and the betrayal of the ruling elite.

That is why the German generals seized on preparations for a new war with great enthusiasm.

Ctrl Enter
Noticed oshЫbku Highlight text and press. Ctrl + Enter
We are
Congratulations on the 285 anniversary of the birth of the Great Russian commander Alexander Vasilyevich Suvorov!Father told
Military Reviewin Yandex News
Military Reviewin Google News
275 comments
Information
Dear reader, to leave comments on the publication, you must sign in.