Hero of the Soviet Union who saved the world in Chernobyl. Colonel-General Nikolai Timofeevich Antoshkin 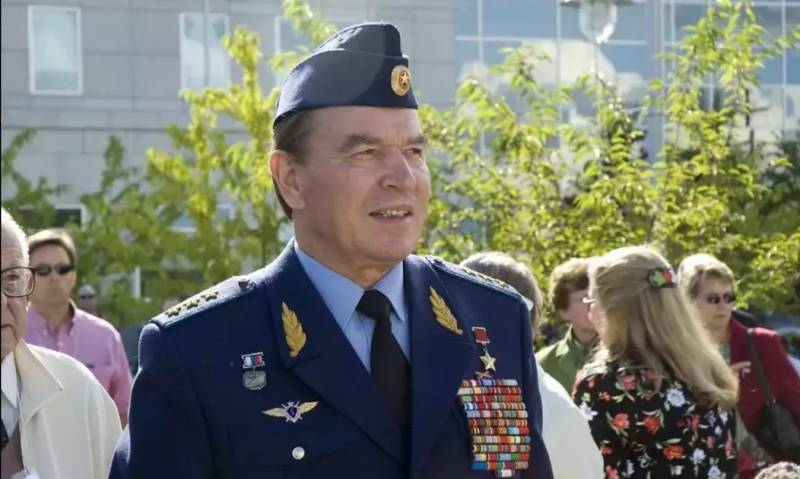 Photo phalera.ru - Ilya Grinberg
The best are leaving ... More recently, I talked about the Hero of the Russian Federation, General Agapov. Today I want to talk about another general, about the Hero of the Soviet Union, Colonel-General Nikolai Antoshkin. And I want to start with a quote that I took from the statement of the Chairman of the Defense Committee of the State Duma of the Russian Federation, General Shamanov:

A wonderful person has passed away, whose contribution to the development of the defense capability of our state can hardly be overestimated. He went through a difficult life path. He had many trials, which he always accepted with dignity.

Hero of the Soviet Union Nikolai Timofeevich Antoshkin devoted himself to military affairs, serving the Fatherland. He was a professional of the highest class, principled and strong-willed, courageous, strong-willed man.
There are people whose life is history the state in which they lived. Most often, we consider the history of the country, linking it with the life of kings, emperors, presidents, chancellors, prime ministers.

A boy born on December 19, 1942 in the remote Bashkir village of Kuzminovka, Fedorovskiy district of the Bashkir SSR, who graduated from high school in the small town of Kumertau, dreamed of becoming a pilot. Then there was the Orenburg Higher Military Aviation Red Banner School of Pilots and 37 years of impeccable service in the ranks of the military aviation of the USSR, and then the Russian Federation. The Gagarin Air Force Academy, the Military Academy of the General Staff of the USSR Armed Forces, the path from a simple pilot of a reconnaissance regiment to deputy commander-in-chief of the Russian Air Force for combat training.

Freshly baked Lieutenant Antoshkin arrived at the reconnaissance aviation regiment of the Belarusian Military District in 1965. Normal service as a scout pilot. Flights, flights, flights ... 4 years of service and the position of flight commander. And the first baptism of fire was the aviation support of the troops involved in the events in Czechoslovakia in 1968.

It was the combat experience and experience of the commander of the reconnaissance echelon that became the reason that the pilot Antoshkin spent 1969-1970 on the Soviet-Chinese border, where he took part in the aviation support of the Soviet troops during the 1969 conflict.

Further, the academy and the new place of service of Major Antoshkin. 1973 Nikolai Timofeevich is already in the Odessa military district. Squadron commander. But the talented pilot was not kept in this position for a long time. After training courses for regimental commanders, Major Antoshkin is already deputy. regiment commander for flight training.

In 1975, a new, completely unusual and interesting period of service of Lieutenant Colonel Antoshkin begins. He receives orders to accept the 87th Separate Reconnaissance Regiment, which does not yet exist. Thus, the regiment commander himself forms the regiment in the Kashkadarya region of the Uzbek SSR. Everything is unusual. Although it is difficult to surprise a scout with something, the new position really impressed. The regiment worked closely with Soviet cosmonauts.

At this point, it would probably be appropriate to talk about one combat operation that the regiment commander Antoshkin performed together with the crew of the Soyuz-21 spacecraft. Pilot Antoshkin and cosmonauts Volynov and Zholobov carried out a synchronous survey of the Baikonur cosmodrome in 1976. It was a unique operation performed for the first time in the world.

In 1979, it already became clear that some events would soon begin in Afghanistan. Since March 1979, Antoshkin's regiment begins active exploration of the territory of this country. But the commander of the reconnaissance regiment did not get to this war. In July 1979, he already commands the same 11th regiment in the GSVG. But this is just a "jump airfield" for a new position.

A two-month course for the chiefs of staff of an aviation formation and appointment in May 1980 to the post of aviation commander of the 20th Guards Army (GSVG, Eberswalde-Finow). But this is just a passing position. Academy of the General Staff and already in 1983, Colonel Antoshkin, the commander of aviation, deputy commander of the Central Command. In 1985, Major General Antoshkin became Chief of Staff and First Deputy Commander of the Air Force of the Kiev Military District.

In the life of any person, there are events when you need to answer the question: "Who are you?" For Major General Antoshkin, such an event was the Chernobyl disaster. It is necessary to write about this in more detail.

On April 26, 1986, immediately after the accident at the nuclear power plant, General Antoshkin arrived in the disaster area. The first thing that was done was a reconnaissance flight over the crash site. Moreover, the chief of staff himself flew in a helicopter over the explosion site and recorded the destruction. At the moment of the highest emissions.

Antoshkin took over command of the aviation group in the disaster zone. I personally gave the command to raise the helicopter regiments of the district and move them to the zone. The general practically did not leave the headquarters, organized the filling of the crater, and resolved emerging issues until May 5. And then there was, probably, the only dismissal in the career of the pilot Antoshkin.

Despite objections, by order of the commander of the Kiev district, Major General Antoshkin was removed from the duties of the commander of the aviation group due to a large dose (over 25 roentgens) of radioactive radiation. But here, too, the general carried out the order in his own way. He did not leave the zone, but continued to lead the helicopter units already as the chief of staff of the air force of the district.

On December 24, 1986, Major General of Aviation Nikolai Timofeevich Antoshkin was awarded the title of Hero of the Soviet Union with the Order of Lenin and the Gold Star medal (No. 11552). “For the great personal contribution to the successful completion of the work on the elimination of the accident at the Chernobyl nuclear power plant, the elimination of its consequences and the courage and heroism shown at the same time”.

Deputy of the State Duma of the VI and VII convocations, member of the United Russia faction.

We often somehow stop noticing the heroes next to us. We see those who are far away. Those who are cast in bronze monuments are immortalized in the names of streets and memorials. Meanwhile, such Heroes live next to us. Alas, General Nikolai Antoshkin now ... lived. But the memory remains. Our memory and our gratitude for the feat!