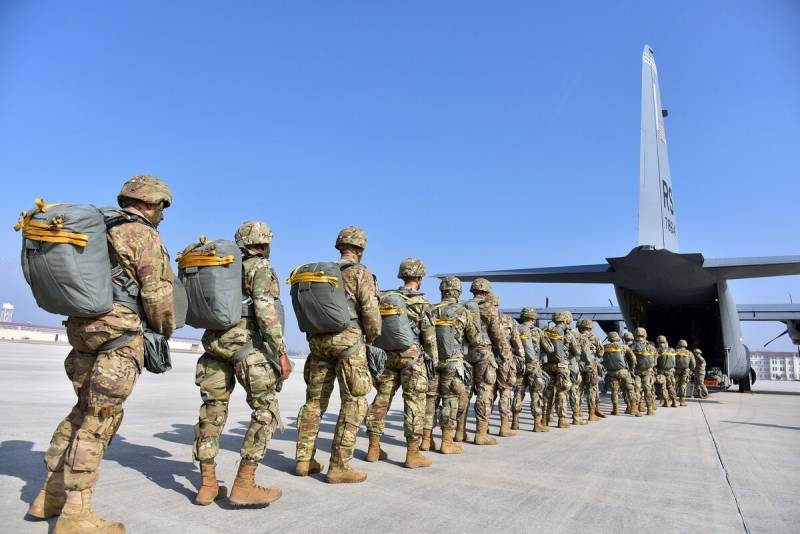 One of the popular judgments about US foreign policy is related to the fact that the incoming administration of Joseph Biden may launch a military operation in a particular region. The Middle East and the potential US war against Iran are usually named as one of these regions. At the same time, it is indicated that the Trump administration has allegedly already prepared everything for the start of the anti-Iranian war - "even strategic bombers are flying closer and closer to the Iranian borders to demonstrate their capabilities."


However, here, as they say, not everything is so simple ...

If we think about “preparing Trump for war,” the situation, on closer examination, looks diametrically opposite. Yes, Trump withdrew from the so-called "nuclear deal" with Iran, which certainly heated the situation. Yes, Trump has ordered the assassination of General Qasem Soleimani. But with his subsequent actions, Donald Trump did everything to make it difficult to start a war against Iran.

What specific actions of Trump and his administration are we talking about?

Donald Trump has made every effort, unlike his predecessors, to withdraw his troops from Afghanistan, Syria and Iraq. They say that he did not completely withdraw, but the situation is such that now there are more American troops on Capitol Hill in Washington than in the three countries mentioned combined. In addition, by order of Trump, the acting head of the Pentagon conducted a truly swift and large-scale operation to withdraw the American contingent from Somalia. And the bulk of this contingent was also sent home.

Trump has complicated relations with a strategic ally in the Middle East - Turkey as much as possible. But Turkey is also a NATO member. There are several reasons. Firstly, the US President did not hand over preacher Fethullah Gulen to Ankara, whom Erdogan considers the ideological inspirer of the coup attempt. And the Turkish president asked so ... Secondly, the American administration at least did not try to prevent the US Congress from imposing anti-Turkish sanctions for the purchase and deployment of Russian S-400 Triumph air defense systems in Turkey. It got to the point that Turkey began to seriously discuss the termination of the agreement with the United States on the American operation of the Incirlik airbase. And this is the largest US air base operated so close to the Iranian borders. Also in Turkey, they started talking about a possible refusal for the United States to maintain a tactical nuclear weapons - aviation bombs with nuclear warheads.

If the Biden administration does not make concessions to Ankara, then it can be assumed that problems will arise with the further operation of Incirlik by the US Air Force.

Another problem associated with "Trump activities." After the unilateral withdrawal of the United States from the nuclear agreement with Tehran, the latter significantly increased the pace of development of missile weapons, creating such models that are capable of “covering” its neighbors in the Persian Gulf region and the entire Middle East in range, if something American seriously “moves” there. Answer for Suleimani, by the way, has already shown this. Taking into account the fact that not all and not all along the "front" have built anti-Iranian missile defense (well, do not take into account, in fact, facilities in Poland and Romania), Iranian missiles can do a lot in the event of an American military aggression. The US bases in Iraq already experienced this exactly a year ago.

But that's not all. Trump has never developed a warm relationship with Pakistan, which borders Iran. China is densely settled there. And the Pakistani authorities (ever since the elimination of Osama bin Laden by the American troops (it was under Obama) in Pakistan without notifying Islamabad) have been talking to Washington, to put it mildly, through clenched teeth. 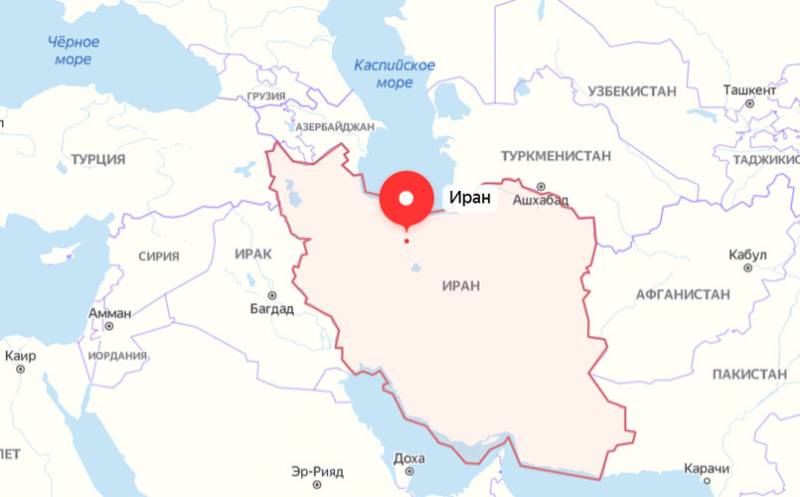 Yes, the United States always has "true friends" against Iran in the region - Israel and Saudi Arabia. But a broad regional coalition, and even more so a coalition with a sufficient number of American troops "along the perimeter" of Iran, may not grow together. That is why it can be stated that Donald Trump made the possible start of the US war against Iran as difficult as possible. Will Biden thank him for this ... Or will the 46th President of the United States have to feverishly "catch up" ...

Ctrl Enter
Noticed oshЫbku Highlight text and press. Ctrl + Enter
We are
About Stalin and KhrushchevWhat you didn't want to know about England
Military Reviewin Yandex News
Military Reviewin Google News
18 comments
Information
Dear reader, to leave comments on the publication, you must sign in.