Just life is just a feat 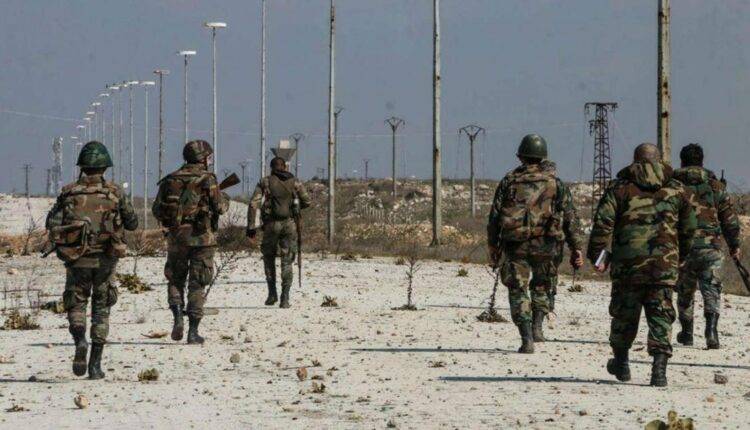 
And what is a feat? How to evaluate a person's action?

Since childhood, we have become accustomed to the fact that the Hero must do something super-heroic. Come out with a grenade against a dozen tanks, to cover the retreat of comrades, to rush to the bunker with your chest, to blow up a bunch of enemies with you ... That's it. There lived a simple, inconspicuous person, doing his usual business, which he chose in his youth, and suddenly, getting into an extreme situation, he accomplishes a feat.

Is this always the case?

I am sure that any person who has ever been in a real battle can tell a dozen cases from personal experience when someone performed heroic deeds simply because the situation required it. And it was just this serviceman's business. In the same way, employees of law enforcement agencies and the Ministry of Emergency Situations can share memories of their exploits.

An ordinary person of extraordinary courage and heroic destiny

Much has been written about Lieutenant General Valery Grigorievich Asapov.

No, it will be more accurate: you can read, most often, the mean lines of his autobiography and characteristics of his commanders and superiors. This is understandable, the general is not an artist or a politician. He doesn't need any extra noise and PR. And the work often takes place under the appropriate stamp. If we describe the activities of such people in two words, then it will sound quite simple, non-pathetic:

"Serves the Motherland".
I will not be original and at the beginning of the story I will simply give an incomplete track record of Lieutenant General Asapov:

Officer, what a thousand

Those who are waiting for a detailed description of the life of the Hero of Russia Asapov will be disappointed. I don't want to write this. A few strokes, a few episodes are enough to characterize a person better than a thousand articles of praise.

Episode one.
Since childhood, the village boy Valera Asapov dreamed of becoming an officer. He graduated with honors from a village school in the Kirov region. He played the accordion and even studied at a music school. He commanded detachments in the games "Zarnitsa" and "Eaglet". For his academic success he was even sent to the pioneer camp "Artek", which was an event for the northern hinterland.

It is clear that after graduating from school in 1983, the applicant Asapov was already in Ryazan, in the RVVDKU. Certificate with honors, several sports categories, excellent performance. But after passing the exams, he does not pass the competition.

It would seem that everything, the dream is not destined to come true. But not for Asapov. He takes part in a special survival course.

“However, Valery dismissed the thought of returning immediately and moved for a month, as they jokingly put it, to the Ryazan forests, to the“ partisans ”. This is a long-term tradition that gives the last chance to the most persistent guys who cannot imagine themselves without the Airborne Forces.

"Partisanship" is a real school of survival. For the night, warmth, food and water, the ex-applicants fought with the wild nature.

As a result, several people were nevertheless enrolled in the school by an additional order.

Four years after this test, in 1987, Valery was already trying on lieutenant shoulder straps. "
Episode two.
1995 year. Chechnya. Grozny. Fierce battles for the city. The battalion chief of staff, Major Asapov, is at the front line. Fights, fights, fights ...

And a severe wound in the left leg. The tibia is broken, and the Airborne Forces, and the army, in general, must be forgotten. The soldiers brought the commander to the medical company. Local doctors saw a mess of meat and bones. It was decided to “collect” the leg right on the spot, in the auto dressing room.

And then there was a year of hospitals. Rostov-on-Don, Pskov, St. Petersburg. There were four operations. The left leg has become shorter than the right one by 3 centimeters. There was a long recovery period. Valery Grigorievich decided to definitely stay in the army. As a result, the lame officer fulfilled all the standards for physical training required for officers.

Moreover, Asapov entered the Frunze Academy. And after its end the Caucasus again. Deputy commander of the 345th separate RAP in Abkhazia. Commander 10 RAP.

Episode three.
2007 year. Colonel Asapov was transferred from the Airborne Forces to the Ground Forces and appointed commander of the 18th machine-gun and artillery division of the Far Eastern Military District.

Kurile Islands. Remember the Soviet joke that the army is KVN? All the merry ones serve in the east of the country, and the resourceful ones in the west? The 18th PAD at that time corresponded to this division.

Again, I will quote the same article in Krasnaya Zvezda:

“In general, in the Kuriles one involuntarily recalls the famous saying of the orientalist Tsvetov:“ Whoever lived here for five years, he recognized the islands; who lived ten, he began to really understand them; those who have lived for 15 years know nothing about them ... ”- and you approach people with this yardstick.

The past year has been challenging for this unique compound. The reason for this is the presence of a large number of problems to which timely and competent approaches have not been found for many years. As a result - the unsatisfactory state of technology, a decrease in the level of military discipline, serious omissions in combat training.

To radically change the situation - to solve the urgent problems of the island division - new people from the mainland were to be. By decision of the command of the Far East Military District, dozens of officers with families from various units and formations not only of the Far East, but also from other military districts of the country were sent to the south of the Kuril ridge.
It is clear that the command knew about what was happening in the Kuril Islands. It's a paradox, but a competent and tough commander was needed to solve it.

“Colonel Valery Asapov was the first among them, already in May 2007, to settle in the islands. The style of his leadership, energy and tough disposition in the implementation of the decisions made in the units are compared with the power of an icebreaker.

Having enlisted the full support of the leadership of the Far Eastern Military District, the new divisional commander, due to the importance and scale of the tasks assigned to him, immediately plunged into work. "
As a result, the divisional commander, Colonel Asapov, in a short time solved the problems with discipline, combat training, recruiting of officers and personnel, repair and restoration of military equipment. They began to strive for Kamchatka. It became prestigious to serve there.

In the 37th separate guards motorized rifle Budapest Red Banner, the Order of the Red Star, the Don Cossack brigade named after E.A. Shchadenko, a new commander arrived, a graduate of the General Staff Academy, Colonel Asapov. The brigade is located in the city of Kyakhta, Republic of Buryatia. The task was set extremely shortly - to raise discipline, eliminate the beginnings of nationalism, and raise the level of combat training.

How these tasks were solved by Asapov can be judged by some facts. Under his command, the brigade took part in three international exercises: two Russian-Mongolian "Selenga-2011" and "Selenga-2012" and in the Russian-Indian "Indra-2012". Today (more than once) the success of the "fighting Buryats" is reported by the central media, including us.

For three years, Colonel Asapov made one of the best formations of the Eastern Military District from a supernumerary brigade. The result of this work was the transfer to the post of deputy commander of the 5th Army in Ussuriisk. And then another translation. And again to Kamchatka. Now the commander of the 68th Army Corps.

The senior group of Russian advisers, Lieutenant General Asapov, personally leads the operation to liberate Dair ez-Zaur. A combat general (and for a long time his subordinates called him "lame general", by the way, just like Suvorov once did) could calmly perform his duties at the headquarters of the 5th Volunteer Assault Corps.

However, the level of training of the Syrian commanders did not allow to be limited only by advice. Therefore, the general was in the thick of things. In simple Syrian form, no insignia. In particular, General Asapov personally supervised the construction of pontoon bridges across the Euphrates.

According to the version officially announced by the MORF, Lieutenant-General Asapov died from an enemy mine hitting the command post.

The soldier died as a soldier. On the front line ...

Yes, they remember the dead general.

There is a school named after Asapov in Yuzhno-Sakhalinsk. And a school in Ussuriisk. Another school in the village of Kalinino. There is Asapov Street in Kyakhta. General Asapov is enlisted forever in the lists of the 8th company of the RGVVDKU named after General of the Army Margelov. The school also has a bust of the general on the Walk of Fame.

I specifically spoke not about the epic hero, but about a simple Russian officer, general, of whom there are still many in our army. About a man who has always done his job with high quality. He did what the country, the army needed. Moderately tough. Moderately fair and kind ... Probably, each person has his own attitude to the commander, colleague, comrade.

The only thing I cannot answer unambiguously is the question:

"When was the feat accomplished?"
When did the boy achieve admission to the school, having passed the rather serious tests of the survival course? Maybe the feat was then, in 1995? When did even the wounded continue to fight? Or maybe in Kamchatka or in Buryatia, where the officer raised the "dead units"? Syria?

The answer is probably much simpler than the question.

Feat is the very life of this Hero.

He just lived the way he could. He simply lived and served conscientiously.

But it turned out that this is heroism ...