"When the war starts." Swedes are preparing to confront Russia 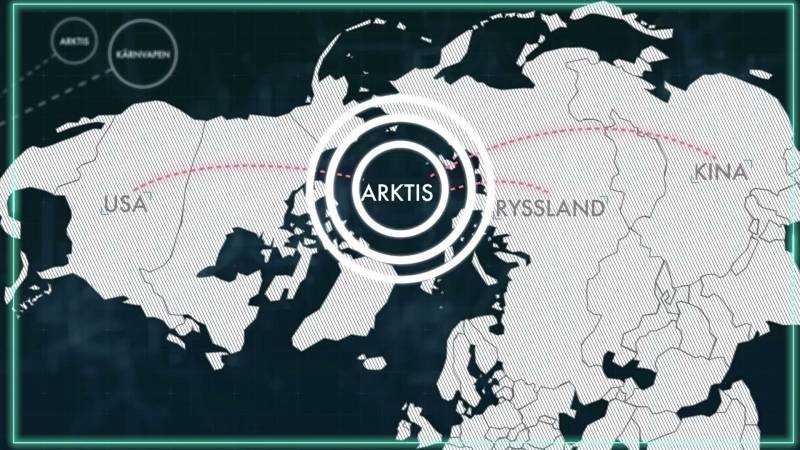 The Arctic has become a cornerstone of Swedish foreign policy. Photo: © Försvarsmakten

Until now, Sweden has positioned itself as a neutral country,

"Free from alliances in peacetime in order to maintain neutrality in the event of a conflict in the immediate environment."
And Stockholm, indeed, has not formally entered into any unions for several centuries.

The last time the Scandinavians entered the Russo-Swedish War of 1808-1809 extremely unsuccessfully, after which they became almost pacifists. The "peace-loving" character of Swedish policy does not prevent the development of a sufficiently powerful military-industrial complex. This allows you not only to provide your own army weaponsbut also to trade in foreign markets, while maintaining formal neutrality.

Currently, Sweden is not included in the NATO military bloc, but is already seriously enough integrated into it. In addition, the Swedish army is involved in military operations under the auspices of NATO, the EU and the UN. 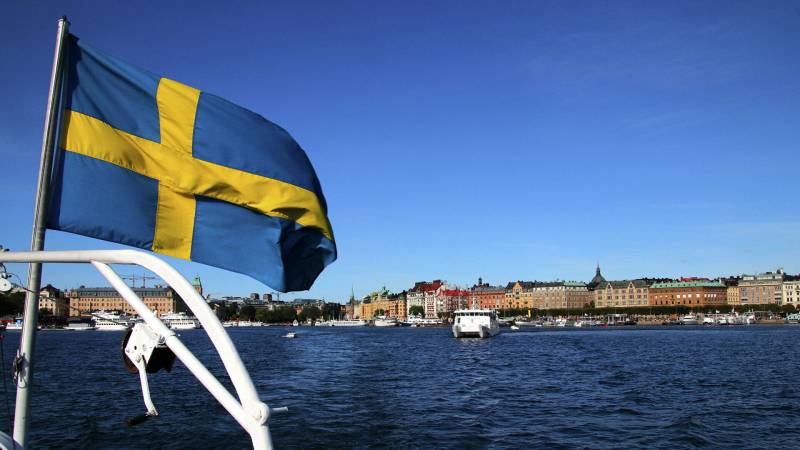 Photo Shoot: Guillaume Baviere / Stockholm. På Saltsjön
In accordance with the decision of the Parliament (Riksdag), Sweden has the right to send up to 2000 troops abroad. The main goal is to participate in joint military operations with other countries. The Swedish army does not work independently outside the country - only in close cooperation with NATO, the EU and the UN.

A small addition - recently, Stockholm has clearly gravitated more towards the forces of the North Atlantic bloc and the European Union than to the peacekeeping operations of the United Nations. Here we can see the usual pragmatism associated with the declining role of the UN in the modern world.

Over the past decades, the Swedish army has contributed to the peacekeeping operation in Mali, participation in the destruction of chemical weapons in Syria (provided by the transport C-130) and joint work with NATO in Afghanistan and Kosovo. And let the participation be limited to only a few dozen military personnel (most of all there were in Afghanistan - 195 people), but who now believes in the neutral status of Sweden?

It is a country oriented towards the North Atlantic military bloc, which undoubtedly poses a threat to Russia's interests.

As an example, the major NATO exercise "Triple Fusion", which took place in Scandinavia in 2018. In total, about 50 thousand people took part in the war games, of which 2 thousand, in accordance with the Riksdag quota, are Swedish soldiers. After that, timid voices were sounded in the local parliament against the build-up of military cooperation with NATO, so as not to become a battlefield in a future potential war.

After the end of the Cold War, Stockholm was given the impression of a lasting European peace. In 1997, the Riksdag decided to reduce the armed forces altogether, assuming that there was nowhere to wait for a threat.

In accordance with the strategy of the Swedish leadership, the aggressor will need at least 10 years of preparation to attack the country. By 2004, the army was reduced by 6,5 thousand to 29 thousand people. At the same time, 8 thousand from the composition were civil servants. Infantry divisions were reduced from 6 to 3, brigades from 16 to 13, and instead of 17 squadrons, 13 were left.

There were attempts to abolish universal military service, but among the Swedes there were not so many who were ready to serve their homeland on a contract basis, and in 2017 the compulsory conscription was returned. Women can also serve on a voluntary basis. Until 2021, up to 4 thousand people were drafted into the army annually.

Growing tensions in the Baltic region (this is the official version), as well as the Crimean история forced Stockholm to reconsider their pacifist plans. And to date, the Swedish army has again been expanded by 55 thousand people. At the same time, the Swedes manage to spend surprisingly little on defense - no more than 1,1% of GDP. 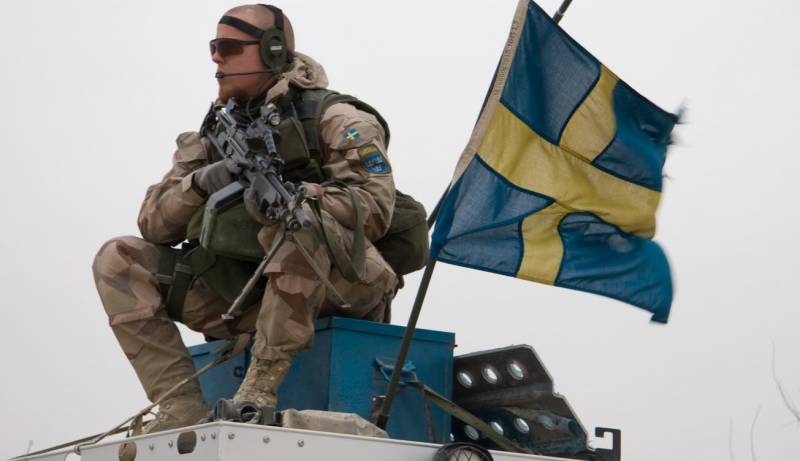 Source: inforesist.org
The turning point occurred in 2020, when the Riksdag realized the growing military power of Russia and believed that in the next ten years Moscow would be able to capture part of Scandinavia.

It is not entirely clear why Russia needs this, but let us leave such conclusions on the conscience of military analysts in the Swedish leadership.

The new strategy envisages an increase in the number of troops to 90 thousand people by 2030. For this, it is planned to draft up to 8 thousand recruits into the army annually. Naturally, the volume of purchases of military equipment and weapons will increase. Sweden's new military budget, adopted at the end of last year, will be the largest in 70 years!

Such a military-financial maneuver can be viewed in different ways.

On the one hand, this is unconditional support for the domestic military-industrial complex. A multi-year recession is expected in the pandemic world, and extra military orders for Swedish companies will not be superfluous. Moreover, they can cover the needs of the army almost completely, with the exception of individual positions.

For example, the Swedes seem to have finally and irrevocably buried their own tank building - the main strike force of the ground forces has to be purchased from Germany. IN aviation the situation in the industry is rather positive. The Saab concern is assembling the JAS-39 Gripen multi-role fighter, for which they even learned how to make jet engines on their own (not without the support of General Electric).

In general, the expansion of defense spending in the next decade will have the most positive impact on the Swedish industry. It is also important to double the draft to the army - up to 8 thousand people a year. This will make it possible to level out the decline in production and inevitable unemployment to some extent.

The second reason why the Swedes are digging up the hatchet is the country's Arctic ambitions, which are pushing Stockholm and Moscow against each other.

The Swedes can't do without the Arctic

New political realities - military departments announce their strategy on YouTube. This is exactly what the Swedish Ministry of Defense did when they posted five ominous videos at once under the general title

"When the war starts."
For a country that has not seriously fought for more than two hundred years, this is more than a provocative event.

The short films are divided into five thematic blocks

"Uncertain Future"
"Gray zone"
"Battlefield of the Future"
"Universal protection" and
"What is worth protecting?"

In short, the message is the following - the ice is melting, and the importance of the Arctic region is increasing every year.

For a long time, Swedish efforts in the Arctic have been limited to research and conservation. It was not possible to save the region from global warming, then we will have to get our hands on it. At least partially.

It is worth remembering that Sweden has no outlet to the Arctic waters. And on what basis, in general, it claims to influence in this region, it is not known for certain. Nevertheless, for Stockholm, Russia is a real troublemaker.

However, not only for Sweden. There are enough people who disagree with Russia's behavior in the Arctic waters and ice.

On what basis does Moscow require special permits for the passage of ships along the Northern Sea Route, as well as the presence of its pilots on transit ships? Or why on earth is Russia conducting exploration for minerals on the Arctic shelf?

All these absurd questions are posed to Moscow, first of all, by Washington, and NATO friends, as they can, echo it. Sweden in this story takes the most convenient side from the point of view of national interests. And he tries not to be late for carving up the big Arctic pie. 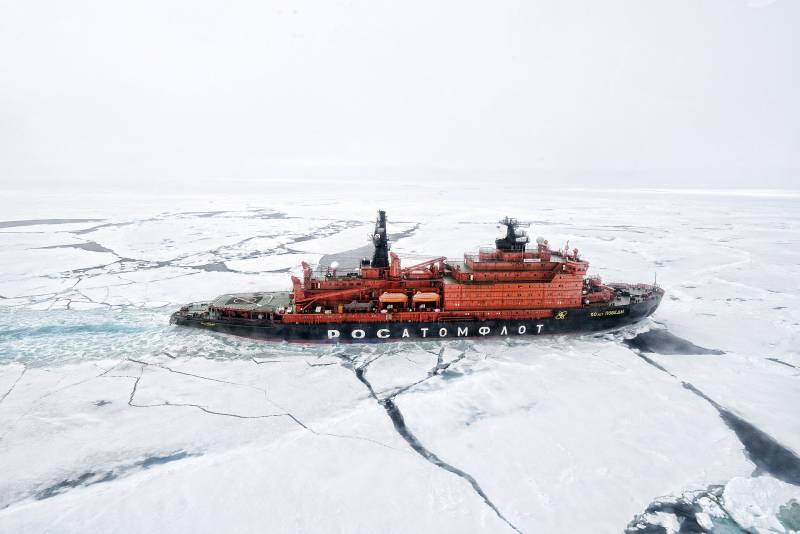 The fact that Russia has the Arctic is seriously annoying Sweden. Photo: Christopher Michel
There is nothing criminal in this situation - Sweden is a sovereign state, free to choose its own path of development.

But the local Ministry of Defense in its propaganda videos chooses the Russian army as the main horror story for its own people. Let not directly, but numerous hints point to this fact. There is no other way to explain the increase in military spending to its own electorate - there are not even potential enemies around Sweden.

The Russian Foreign Ministry, represented by Maria Zakharova, has already reacted to such propaganda:

"These fictitious anti-Russian phobias are in no small measure related to deliberate external pressure on Stockholm, primarily from the North Atlantic Alliance."
Militarily, Sweden has never been an adversary to Russia - all sane people understand this.

Nevertheless, in the fall of last year, the soldiers of the Gotland regiment on the island of the same name simulated a triumphant battle with wooden soldiers, depicting ... soldiers of the Russian 76th Guards Airborne Assault Division. The division is based on the border with Estonia and (according to the legend of the exercise) quickly landed on the island of Gotland.

What the Swedes will not come up with to justify new military spending.

Ctrl Enter
Noticed oshЫbku Highlight text and press. Ctrl + Enter
We are
Swedes are looking for a new PoltavaMigrants go north. The specifics of the migration situation in Scandinavia
Military Reviewin Yandex News
Military Reviewin Google News
48 comments
Information
Dear reader, to leave comments on the publication, you must sign in.