US censorship reached a high level 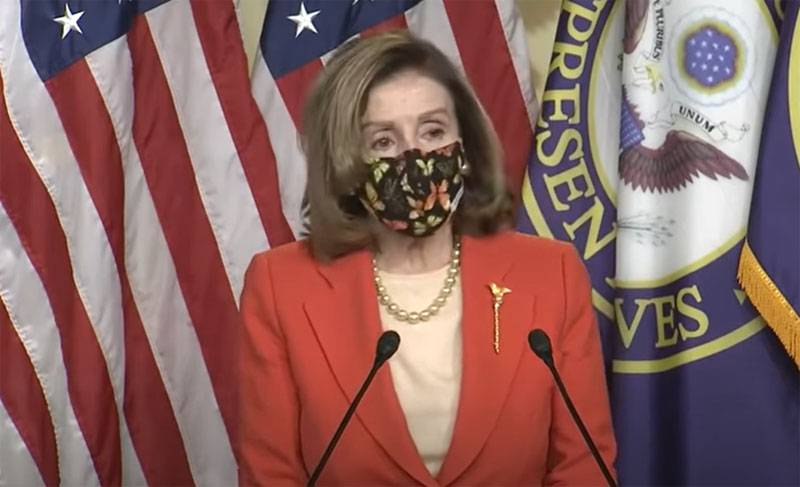 Nancy Pelosi, Speaker of the U.S. House of Representatives

In addition to this slogan are added statements about "propaganda and persecution of freedom of speech in the USSR." Of course, it is simply pointless to argue with the fact that during the Soviet Union there was propaganda and censorship in the media. But to declare in 2021 that the United States remains an example of defending free speech and media availability without political censorship can only occur to a completely unscrupulous person.

Literally before our very eyes, the United States showed how things really are with censorship and freedom of speech. There is no freedom of speech in the States. The accounts of the president of the country, his supporters, and his headquarters are blocked. Pages on social networks on which they allow themselves to express doubts about the integrity of the elections are deleted. The channels cut off the speeches of the head of state and begin to declare that all the words he said are lies. People are dismissed from work who consider those who have decided to express their indignation at the method of counting votes to be right.

But is it only now that censorship and persecution of freedom of speech have shown themselves in the United States? No. Censorship in this state existed before, and, perhaps, in a much more radical form than in the Soviet Union. For dissent, for sympathy with the communist ideology, a person could literally be isolated from public life. Today it finds its repetition.

Nancy Pelosi becomes the face of political censorship in the United States. And this censorship has reached the highest level.