Problems of morality and discipline of the Soviet Army. CIA opinion 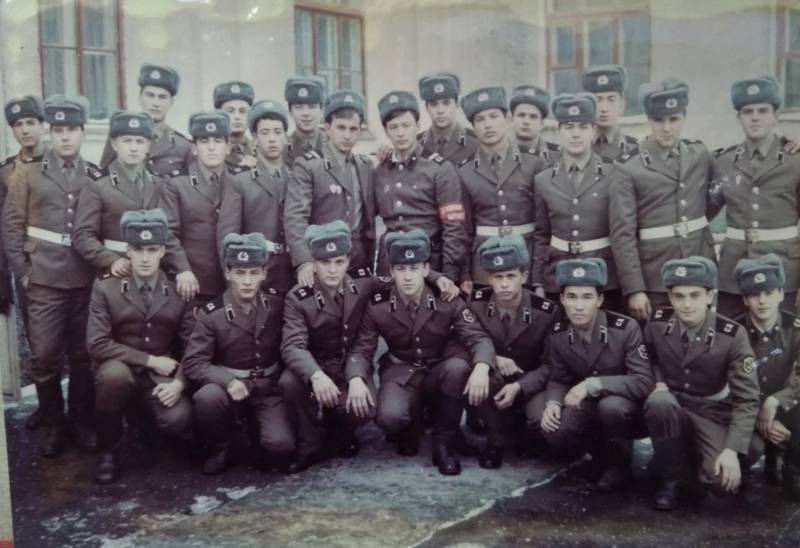 Photo by Georgy B.

A declassified intelligence memorandum "Problems of Morality and Discipline in the Armed Forces of the USSR" dated April 1977 was published on the website of the US Central Intelligence Agency. Studied the Soviet press (the newspaper "Krasnaya Zvezda", the magazine "Soviet warrior", etc.), TV programs, interviewed defectors, collected rumors and information about the life of numerous garrisons outside the USSR.

According to CIA analysts, the chronic problems of the Soviet Armed Forces were:

- political discontent;
- ethnic relationships;
- disobedience of conscripts to junior officers and sergeants;
- hazing;
- alcoholism;
- drug abuse;
- desertion and unauthorized abandonment of the unit;
- suicides, the number of which is higher than among the civilian population;
- black markets, corruption, theft and abuse of power, common among the military, as well as in civilian life.

Open dissent among the Soviet civilian intelligentsia resonated with the army. Military involvement in the dissident movement can be explained historical communication between officers and intelligentsia in Russian society. Political discontent may also be related to the deployment of a predominantly Slavic officer corps in areas populated by non-Slavic minorities.

In these areas, officers are faced with strong regional nationalism, which contradicts the official concept of the unity of the entire Soviet people. The contrast between the officer's convictions and his observations leads to internal contradictions. The rank and file, however, are less susceptible to this kind of pressure than the officers, due to their less frequent contact with others.

The policy of dispersing ethnic minorities in the military is in part designed to promote a national Soviet identity that transcends ethnic loyalty. Dispersion excludes ethnically homogeneous units who, in times of crisis, may be more loyal to their ethnic compatriots than to the central government.

The relative lack of education of some ethnic minorities does not allow them to be admitted to certain specialties and, therefore, excludes the filling of related posts by persons of the same ethnic origin.

The Soviet military has no alternative to ethnic integration, despite the side effect of increased ethnic strife. Soldiers from the Muslim minorities of Central Asia and the Caucasus are the main targets of ethnic tensions due to the racism of other soldiers, lack of adequate education, inability to speak Russian and other lifestyles.

Allowing Jews and Germans to emigrate from the USSR led to discrimination against these nationalities, limited their ability to enter military schools because of fears of violating the secrecy regime.

Disobedience of conscripts to junior officers and non-commissioned officers

“It is known that some officers do not always succeed in maintaining the correct soldier order and organization in their units. Most often this happens because, by demanding strict adherence to rules or instructions from subordinates, they themselves do not set an example. "
Young Soviet officers tend to maintain informal contact with the rank and file, because most Soviet NCOs are conscripts who serve only two years, their inexperience forces junior officers to provide direct control. As a result, there is no separation between officers and privates, and a violation of command can go unpunished.

In some specialized units, commanders weaken disciplinary responsibility due to inadequate support from superiors or due to dependence on the activities of subordinates, the need to fulfill the plan. The Soviet press, in general, pays little attention to discipline in military construction units.

The Soviet command admits that the arrival of inexperienced recruits into the army creates opportunities for abuse by senior conscripts. Senior conscripts of all ranks intimidate recruits and force them to do tedious jobs in their place. The Soviet educational system can encourage such abuse.

the relationship between members of the military tends to be dependent on informal leaders who transcend military ranks. Sometimes it happens that the “leader” in a squad or crew may be a person with negative characteristics that do not contribute to the establishment of a healthy moral atmosphere.

Alcoholism widespread in Soviet society has its roots outside the army.

The current economic system counteracts the success of the official anti-alcohol campaign. The need to fulfill the sales plan forces the Soviet trade organizations to increase the number of liquor stores. Vodka also contributes significantly to government revenues. Lack of entertainment for young people leads to drinking. After being drafted, these young people bring alcoholic habits into the army.

In 1974, the chief military prosecutor reported to Krasnaya Zvezda that

"More than a third of all violations are committed while intoxicated"
[further in the memorandum there is a description of examples of drunkenness among officers from the Soviet military press].

As a result, according to American intelligence officers, it is possible to attach some importance to the statement of the defector [probably V. Belenko, approx. author] that Soviet pilots daily drink an average of 250 grams of vodka.

The ingenuity and unpretentiousness of the Soviet soldiers in the search for alcoholic beverages is noted. Homemade wash, hydraulic fluids, shaving lotions, varnishes - anything that contains alcohol is used.

Drug abuse appears to be less common among the Soviet military than alcoholism. In various forms known as plan or marijuana, cannabis is the most commonly used drug. This can occur mainly in the Islamic regions around the Black, Caspian and Aral seas.

Conscripts from these areas smuggle cannabis to East Germany or receive it in packets from home. The traditional use of hashish in Central Asia makes these claims credible. There were no cases of drug abuse among officers.

Desertion and unauthorized abandonment of the unit

The scale of desertion can be estimated from the analysis of a textbook for one of the military schools [data from the textbook has been removed from the memorandum]. The book describes in detail 2000 attempts to escape through the Soviet border during 1965, of which the Soviet Army made 500 attempts and another 200 - border guards.

The figure of 500 deserters for 1965 is the minimum because it does not include those caught before reaching the border, who did not try to leave the USSR, who deserted from units outside the Soviet Union, or whose escape was erroneously classified as unauthorized abandonment. 300 of these deserters were officers.

If the statistics are correct, then serious questions arise about the political loyalty of the Soviet officer corps. [The following is information about 62 cases of desertion in the period 1967-1976. Probably, we are talking about successful escapes from the USSR].

Restrictions on the exit of Soviet soldiers outside the garrisons, except for the rare short leave, leads to numerous cases of unauthorized abandonment of units. Because of this prohibition, AWOL is almost a prerequisite for purchasing alcohol and drugs or for trading on the black market.

Suicides, the number of which is higher than among the civilian population

Just as alcoholism, drug addiction and desertion, so suicide is perceived by the Soviet soldier as one of the ways to avoid the unbearable conditions of military service. Based on the analysis of 16 suicide reports over the past 10 years, an indicator of 1,53 cases per thousand military personnel is displayed.

A similar indicator among the civilian population, according to the emigrant, is 0,17 cases per thousand inhabitants of the USSR (official data are classified).

Black markets, corruption, theft and abuse of power, common among the military as well as in civilian life

Black markets are a specific feature of the Soviet Union because the production of consumer goods is limited and the industrial supply system often fails. Such problems are transferred to the army [examples are given of the theft and sale of military uniforms, fuel, spare parts and products in parts from Hungary to the Soviet-Chinese border].

Officers can also take advantage of the practice (known as patronage) of providing military personnel to civilian factories and farms that lack hired labor. Patronage is widely practiced in Soviet units, usually by order of the local party leadership. This provides a compelling cover for extra cash on the side.

Having highlighted such problems, the authors of the memorandum note that

The Soviet military's own bureaucracy has hampered efforts to improve morale and discipline. It is logical to assume that officers, whose career development depends on records in their personal files, are not ready to inform the command about the true situation.

Many Soviet garrisons are turning into Potemkin villages. "

In the final part, the authors of the memorandum are in no hurry to assess the overall combat capability of the Soviet Army. In their opinion, discipline breakers will inevitably be found among the 4 million military personnel. The collected data does not allow us to estimate the proportion of such people among the Soviet military, especially since

"The direct link between discipline, morale and military effectiveness is in doubt."
But, as the CIA believed, the total number of suicides and the increase in alcoholism should be considered a sign of serious problems.

Stronger command oversight can reduce the number of disciplinary offenses, but

"Most Soviet young people do not seek to serve in the army, and any future improvement in the general standard of living will make military service even less attractive."
To solve problems in the armed forces, systemic changes are required, wrote in Langley, for which the Soviet leadership is not ready.

The work ends with the remark that

"It is difficult to assess how the flaws in the morale and discipline of the peacetime army would be affected by possible Soviet involvement in any unpopular war."
The text of the memorandum has been removed from the public domain on the CIA website, but you can still read it by link.

Ctrl Enter
Noticed oshЫbku Highlight text and press. Ctrl + Enter
We are
About Stalin and KhrushchevOn the other side of the “red” and “white”. Izborsk Club Report
Military Reviewin Yandex News
Military Reviewin Google News
251 comment
Information
Dear reader, to leave comments on the publication, you must sign in.