Submarine warfare off the coast of South Africa 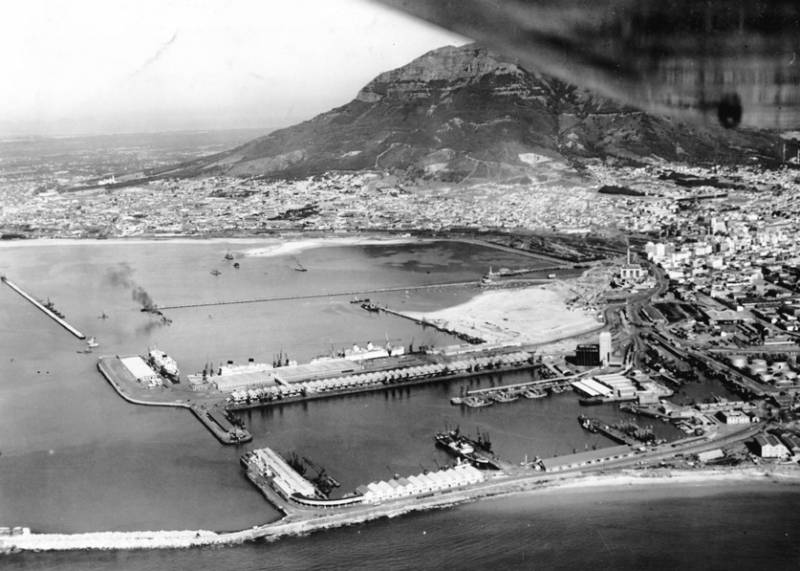 Cape Town Harbor in 1937
In the second half of 1942, the high command of the German submarines Befehlshaber der Unterseeboote (BdU) acknowledged that the results of victories in the North Atlantic had dropped significantly. 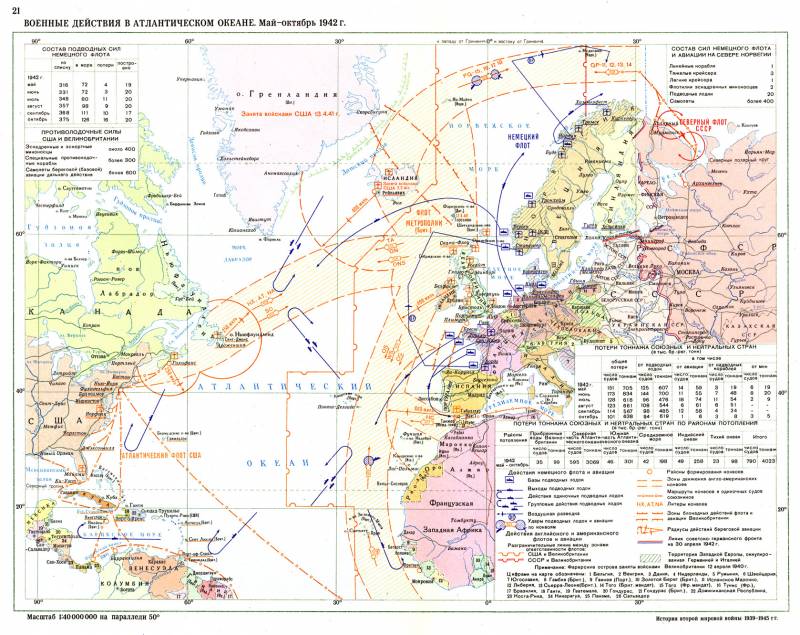 The successes of the Allied anti-submarine operations in the North Atlantic precluded the successful use of German submarines in these waters. Enemy counteraction to the growing threat from German submarines increased significantly in the second half of 1942, thanks to the gained experience of convoy and escort commanders, the availability of new reliable means of detecting submarines and significant improvements in anti-submarine weapons... The reading of German naval ciphers after the Enigma codes were cracked (combined with more escort and reduced air gap in the North Atlantic) reduced Karl Dönitz's successful use of his wolf packs.

In the spring of 1941, the command of the Kriegsmarine already appreciated the fact that the Cape Town-Freetown convoy route would be an excellent target for submarine attacks. The port of Freetown in Sierra Leone served as a gathering point for all merchant ships sailing to Europe, the Middle East and the Far East. This route passed along a strategic naval nodal point - the Cape of Good Hope. This ensured that all vessels passing along this route had to stop at one of the key South African ports of Saldanha, Cape Town, East London, Port Elizabeth or Durban.

In Freetown, the slower merchant ships formed convoys for onward travel, while the faster ships sailed on their own. The German command, realizing the logistics difficulties associated with remote operations in the Central and South Atlantic, experimented with the use of supply submarines (dairy cows) during 1941. With multiple rendezvous points with supply ships or (cash cows), submarines in the Central and South Atlantic could stay at sea twice as long as before.

One of the first groups of German submarines, the Eisbär wolf pack (Polar Bear), in South African waters in 1942 was aimed at inflicting a crushing blow on shipping off the coast of southern Africa. By the end of December 1942, ships with a total tonnage of 310 brt were sunk by German submariners in that area. The success of Operation Eisbär led the BdU to undertake two more major submarine operations in South African waters before the end of World War II.

The ineffectiveness of the Pan American Safety Zone, which ceased to exist after America entered the war in December 1941, forced merchant shipping to use a route along the west coast of Africa and around the Cape of Good Hope. By ordering his packs to move south, Doenitz hoped for a distraction that would force the enemy to split his forces between the defense of the North Atlantic, the East American coast and the vast African coast.

In the second half of 1942, Cape Town's waters were devoid of any significant underwater activity. However, before 1942, there were cases when lone submarines dared to go south to Cape Town and attacked ships. In October-November 1941, U-68 succeeded in sinking two British ships, the Hazelside and Bradford City, off the coast of South West Africa. 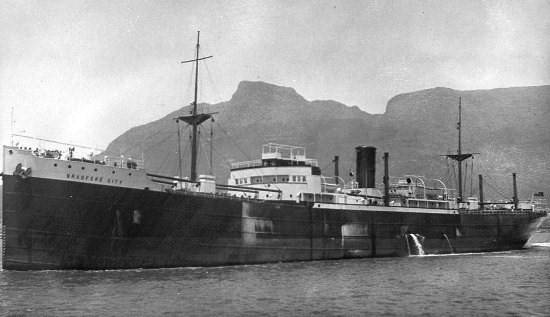 However, the high command of the German submarines did not approve of the entry of single submarines so far, since their independent actions could alert the enemy and force them to take tough anti-submarine measures. In addition, the actions of one submarine would be ineffective. Operations at Cape Town are only possible after a large enough submarine force has been formed to initiate an operation. And it must be carried out for a long period to achieve high results.

In the second half of 1942, Germany's opponents concentrated most of their escort fleets to protect North African and Mediterranean waters due to the North African campaign, thereby pushing Doenitz to strike at

The SAU (Union of South Africa until May 31, 1961) declaration of war on Germany on September 6, 1939 guaranteed the safe passage of all friendly ships sailing along the South African coast and their protection when visiting ports.

The South African coast at that time stretched from the mouth of the Kunene River in the Atlantic Ocean to the Kosi Bay in the Indian Ocean and included an important maritime hub - the Cape of Good Hope. All merchant ships that traveled along the coast of South Africa during the war called at one of several ports: Walvis Bay, Saldanha Bay, Cape Town, Port Elizabeth, East London and Durban.

The uninterrupted operation of the sea trade route around the South African coast provided critical military supplies from all over the British Commonwealth to Great Britain.

The protection of South Africa's maritime trade routes was divided into two zones, taking into account the various maritime threats prevailing in the Atlantic and Indian Oceans.

The maritime threat off the Atlantic coast of South Africa was assessed by the possibility of attacks by German submarines and surface raiders, when they acted together far to the south, all the way to the South Atlantic Ocean.

The presence of Japanese and German surface warships in the South Atlantic and Indian Ocean was considered but considered unlikely.

The British Naval Intelligence Division and, in particular, the Chief of Staff of the Union Defense Forces (South Africa, Union Defense Force, UDF), General Rineveld, assumed that the main threat to the sea trade routes around the coast of South Africa would come from Japanese and Italian submarines operating in the Indian Ocean. 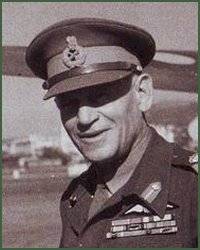 General Sir Hesperus Andrias van Rineveld
Military action by Germany was considered but considered unlikely. Due to the huge distances from the Bay of Biscay, where German submarines were based, to the Indian Ocean.

The likely threat to South Africa in 1940 was Italian submarines based in the Red Sea at the port of Massawa, just 3 miles from the strategic port of Durban. 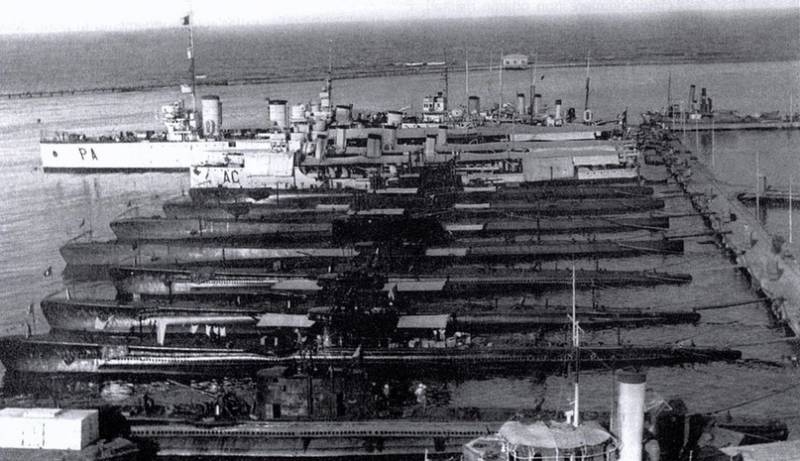 Italian ships Flotillas Red Sea in Massawa (Eritrea). Spring 1940
British intelligence believed that if Italian submarines could use the port city of Kismayu in Somalia as a base of operations, shipping all the way to Cape Town could be in direct danger of disruption. However, this did not happen due to the successful Allied campaign in East Africa, which by 1941 eliminated the Italian naval threat in the Red Sea and Indian Ocean.

In late December 1941, the Chief of Staff of the Seekriegsleitung (SKL) Naval Operations Command, Vice Admiral Kurt Frike, met with the Japanese naval attaché in Berlin, Naokuni Nomura, to discuss joint Japanese and German action around the world. 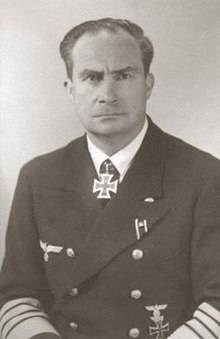 Kurt Frike
In March 1942, Frike and Nomura met again. This time they discussed the strategic importance of the Indian Ocean and the sea trade routes passing through it.

Within a month (from June 5 to July 8, 1942) after the start of Operation Battleship, Japanese submarines managed to sink 19 merchant ships off the coast of Mozambique (with a total tonnage of 86 brt). The most southerly attack occurred just 571 miles northeast of Durban when I-95 torpedoed and sank the British merchant ship Mandra on 6 July 1942. 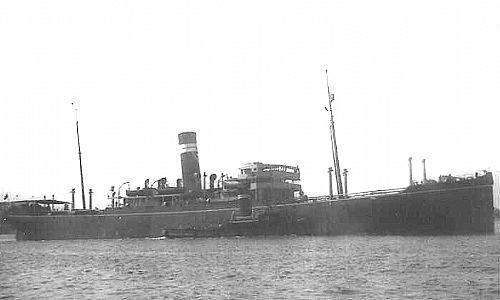 By convincing the Japanese to launch a submarine offensive in the Indian Ocean by mid-1942 with a focus on operations around the Seychelles, Ceylon (Sri Lanka) and Madagascar, Doenitz actually created the distraction he hoped for.

The attention of Germany's adversaries was now divided between campaigns in North Africa, the invasion of Madagascar, and the protection of shipping off the coast of West Africa and America. Due to the growing Japanese threat off the country's east coast during 1942, van Rineveld and his headquarters were forced to prepare for every opportunity, even a full-scale Japanese invasion.

Thus, all attention was directed to the east coast of South Africa.

Ctrl Enter
Noticed oshЫbku Highlight text and press. Ctrl + Enter
We are
Diplomats of the People's Commissariat of Defense: on the eve and during the warIcy embrace of the North. Soviet submariners is dedicated
Military Reviewin Yandex News
Military Reviewin Google News
207 comments
Information
Dear reader, to leave comments on the publication, you must sign in.