"Great Russian Derzhimords" Stalin and Dzerzhinsky. Lenin's polemic with his comrades-in-arms about the form of the Soviet state 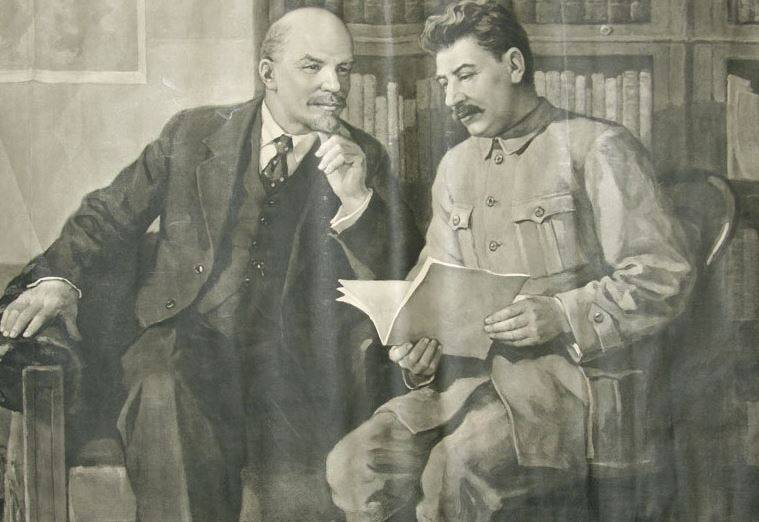 The rapid disintegration of the Soviet space that took place in 1991 raised many questions about the strength of the Soviet state and the correctness of its national and state form chosen in December 1922. And it is not so easy Putin, in one of his last interviews, said that Lenin had laid a time bomb under the Soviet Union.


What happened and what influenced the form of the Soviet state at the time of its creation, and what factors influenced this? This period of the Soviet stories characterized as a conflict in the top Soviet leadership and a polemic between Lenin and Stalin on the issue of "autonomization".

Two approaches to the formation of the Soviet state

The basis of the conflict was two fundamentally different approaches to the national state structure of the Soviet Union. The first was characterized by the building of the state on a centralized basis and the priority of national interests, the second - on the basis of democratic unity and the prevalence of the principles of equality and observance of equal rights of the uniting republics, up to the freedom to withdraw from the union.

Lenin and Stalin advocated the creation of a single and solid state power and the rallying of all republics in the union: Stalin emphasized the centralization of state administration and the struggle against separatist tendencies, and Lenin viewed nation-building through the prism of the struggle against great-power Russian chauvinism.

Lenin in this historical period was already gravely ill, his bitterness against Great Russian chauvinism left its stamp on his political statements and actions in the last years of his life and acquired some obsessive forms of unbridled hatred. Thus, in a letter to the head of the Hungarian communists, Bela Kun in October 1921, he wrote:

I must strongly protest against civilized Western Europeans imitating the methods of the semi-barbaric Russians.
And in a letter to Kamenev in October 1922 he declared:

I declare a life-and-death battle to Great Russian chauvinism.

Confrontation between Lenin and Stalin

Before the unification processes back in November 1921, at the suggestion of the Caucasian Bureau of the Central Committee of the RCP (b), headed by Ordzhonikidze, the question arose of concluding a federal treaty between Azerbaijan, Georgia and Armenia and their unification into the Transcaucasian Federation, which was opposed by part of the leadership of Georgia, which united in a group national deviators led by Mdivani, who objected to the creation of the USSR, and then insisted on Georgia's entry into the union not through the Transcaucasian Federation, but directly.

Ordzhonikidze nevertheless consistently pursued a policy of uniting the republics, which led to conflicts with the Georgian leadership, and they sent a complaint to the Central Committee. A commission headed by Dzerzhinsky was created and sent to Georgia, which objectively assessed the situation and supported the creation of the Transcaucasian Federation, at the same time it pointed out Ordzhonikidze's blunders, his excessive haste and excessive fervor. The Transcaucasian Federation was created with the support of Lenin, but Lenin in his letter warned the Central Committee against great-power chauvinism and called Stalin and Dzerzhinsky "Great Russian Derzhimords." So the Georgian Stalin and the Pole Dzerzhinsky, and not the "Great Russian" Lenin, defended the Russian people as the state-forming nation of the future state.

In August 1922, the commission for the preparation of a draft decision on the relationship between the RSFSR and the independent republics approved the draft "autonomization" prepared by Stalin. The project provided for the formal accession of Ukraine, Belarus, Azerbaijan, Georgia and Armenia (later the Transcaucasian Federation) to the RSFSR, the extension of the competence of the All-Russian Central Executive Committee and the Council of People's Commissars of the RSFSR to the corresponding institutions of the republics, the transfer of the conduct of external, military and financial affairs of the RSFSR, and the people's commissariats of justice, education, internal affairs, agriculture, workers 'and peasants' inspection, public health and social security of the republics remained independent.

This project caused a violent reaction and hostility from Lenin. He began to write to Stalin that there should not be a formal entry of the republics into the RSFSR, but their unification, together with the RSFSR, into the union of the republics of Europe and Asia on equal terms, and there should be an all-Union All-Union Central Executive Committee, to which all republics are subordinate.

Stalin tried to prove to Lenin that the national element works to destroy the unity of the republics, and formal independence only contributes to these tendencies. He emphasized not on the formal equality of the republics, but on ensuring the real unity of the country and the effectiveness of its governing bodies, but Lenin did not want to listen to him. Under pressure from Lenin in October 1922, the plenum of the Central Committee of the RCP (b) adopted a decision on the voluntary unification of the republics and condemned manifestations of great-power chauvinism.

The polemic between Lenin and Stalin did not end there. Lenin decided to support his position by accusing Stalin of patronizing great-power aspirations and groundless attacks on Georgian national deviators with his letter “On the question of nationalities or“ autonomization ”to the 1923th Party Congress held in April XNUMX.

Before that, he met with Mdivani and emotionally wrote that the idea of ​​"autonomization" is fundamentally wrong:

This is the original opinion Lenin had in relation to the Russians who "oppress small nations" and their guilt for their greatness.

Not everyone in the party welcomed Lenin's calls against "Great Russian chauvinism," and many were in solidarity with Stalin. In this regard, Lenin turned to Trotsky with a request

to take over the defense of the Georgian cause at the Party Central Committee. This case is now under the "persecution" of Stalin and Dzerzhinsky, and I cannot rely on their impartiality.

However, Trotsky did not respond to this request, and Lenin sent a telegram of support to Georgia:

I follow your case with all my heart. Outraged by Ordzhonikidze's rudeness and by Stalin's and Dzerzhinsky's
Lenin's position on "Great Russian chauvinism" was clearly exaggerated: the Russian people never suffered from this, and the whole history of their coexistence with other peoples of the multinational empire only confirmed this. It was wrong to build the national policy of the newly created state on such principles. The Russian people have always been the backbone of Russian statehood, and all nations had to rally around them in building a new state. On this issue, Lenin tried to impose on everyone his personal, biased and in no way unfounded opinion about the Russian people.

Discussion of the "national question" continued at the XII Party Congress. Stalin spoke out and argued that the Union, and not in the republics, should have concentrated the main governing bodies of the state, and they should defend a single point of view in domestic and foreign policy. At the same time, Stalin had to, as it were, make excuses for his striving for a unified state, since the emigre magazine Smenam Vekh began to praise the Bolsheviks for such a policy:

The Smenovekhovites praise the Bolshevik communists, but we know that what Denikin failed to arrange, you will arrange it, that you, the Bolsheviks, have restored the idea of ​​a great Russia, or you will, in any case, restore it.
In fact, it was.

Stalin strongly opposed the transformation of a single state into a kind of confederation, he believed that it was local nationalism that was the main threat to the unity of the Union. Apart from Georgian nationalism, the same tendencies took place in Ukraine.

In Ukraine, there are serious differences with some of the comrades headed by Comrade Rakovsky. These discrepancies in the state line are that Comrade. Rakovsky stands for the point of view that the union should be a confederation of states.
The representatives of Ukraine demonstrated their line of "independence" and "independence", emasculating the concept of a single state, and concentrated on the struggle against Great Russian chauvinism.

I believe that we, Ukrainians, are no less communists than Stalin. When he wants to introduce a more centralistic understanding into this concept, we will argue on this score.
Stalin sharply objected to them:

I see that some vols. of Ukrainians during the period from the I Congress of the Union of Republics to the XII Congress of the Party and the present conference have undergone some evolution from federalism to confederalism. Well, I am for federation, that is, against the confederation, that is, against the proposals of Rakovsky and Skrypnik.
It should be noted that after the February revolution and the collapse of the empire, it was precisely Georgia and Ukraine that most of all advocated "independence" and demanded "legal territories" for themselves. In addition to Abkhazia, Georgia considered part of the Kuban up to Tuapse as its native lands, and Ukraine considered the whole of Novorossia, Kuban, part of the Kursk and Belgorod regions and the "Green Wedge" in the Far East.

After the collapse of the Soviet Union in 1991, the same situation was repeated: the so-called national elites, representing a symbiosis of the rotten party, Komsomol and economic nomenklatura and shadow structures, at a new historical stage began to play "independence" with the same demands and the most active its advocates were again Georgia and Ukraine.

The struggle between the two approaches of Lenin and Stalin to the formation of the Soviet state showed that the victory of Lenin's approach turned out to be vicious and with far-reaching consequences, becoming one of the triggers for the collapse of the Soviet Union.

Ctrl Enter
Noticed oshЫbku Highlight text and press. Ctrl + Enter
We are
Chernobyl notebook. Part of 3Myths of the Great Patriotic. Did Stalin have prostration in the first days of the war?
Military Reviewin Yandex News
Military Reviewin Google News
174 comments
Information
Dear reader, to leave comments on the publication, you must sign in.