"Humvees and boats": the United States supplied Ukraine with another batch of military aid 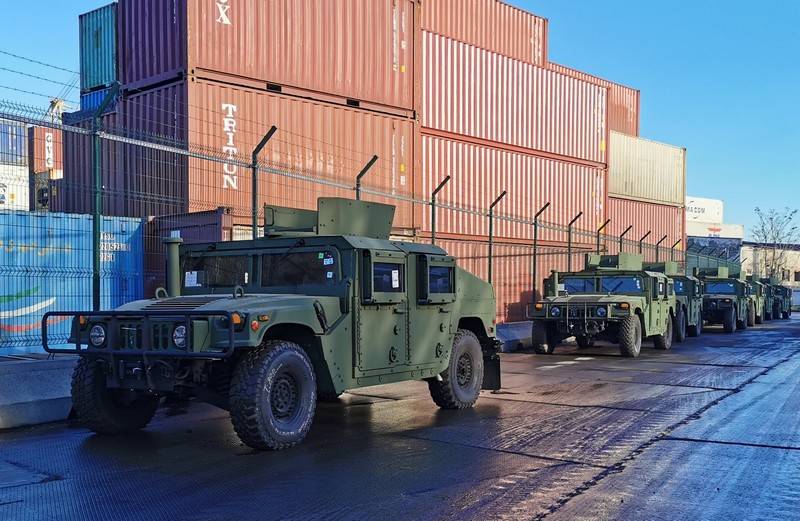 Ukraine has received another batch of military aid from the United States. As the US Embassy in Kiev reported on its Twitter page, the delivery included Humvee armored vehicles and special boats.


According to the report, 20 HMMWV armored vehicles and 84 special boats will be transferred to the Ministry of Defense of Ukraine. Armored vehicles are intended for the Ground Forces and special operations forces, the boats will go into service with the Navy.

Nothing could stop the delivery of 20 Humvees for the Ground Forces of the Armed Forces of Ukraine and the command of the Special Operations Forces, as well as 84 boats for the Naval Forces as part of the initiative to promote the security of Ukraine
- said in the message of the US Embassy.

No details are given about the equipment supplied, but some Ukrainian media managed to report that all the transferred equipment is "new", "released quite recently", and the statements of the Russian media that the US is supplying used and outdated equipment to Ukraine is a lie.

Russian propagandists argue that the weapons and equipment that come from the United States to Ukraine as American military aid are outdated and ineffective. However, a new batch of such aid has once again proved that these statements are false.
- writes "Dialogue.ua".

It is noted that military assistance from the United States was delivered to Ukraine by sea.