Russian T-90M tanks combined into a single network during exercises 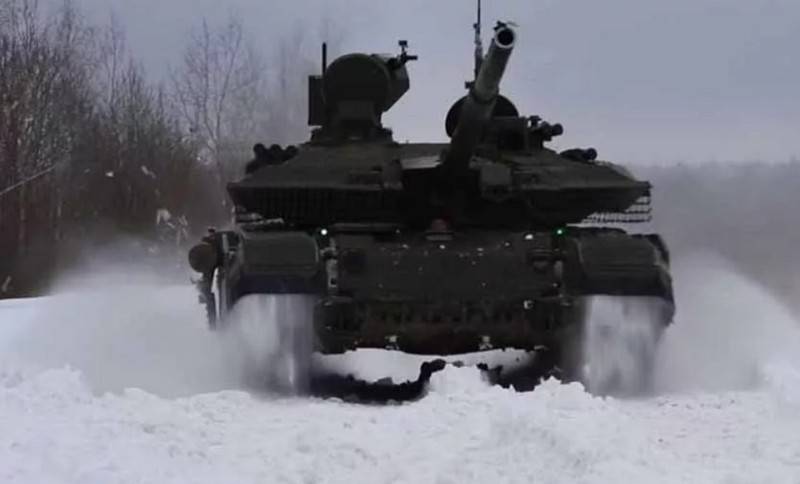 Russian Tanks The T-90M was combined into a single network during the exercise. The Ministry of Defense tested the T-90M Proryv tanks for their ability to operate in a single information space as part of a network-centric combat training operation. Reported by RIA News with reference to a source familiar with the situation.


According to the source, the T-90M tanks entering the troops since 2020 are equipped with the equipment of a unified tactical level control system (ESU TZ), which makes it possible to exchange data in real time not only among themselves, but also to receive information from various intelligence systems, systems observation and guidance, automatic control systems.

The ability of the new T-90M tanks, equipped with ESU TZ equipment, to exchange data online with each other and with other combat units was tested in combat training conditions, including in an environment of electronic interference
- leads news source word agency.

The results of the tests in the Ministry of Defense were called successful, confirming the possibility of conducting network-centric combat operations due to a unified tactical level control system (ESU TZ)

The T-90M has a new turret module with a 125-mm cannon of increased survivability and accuracy. The tower is equipped with a remote-controlled machine-gun mount of 12,7 mm caliber. In addition, the new tank is equipped with a highly automated digital fire control system "Kalina", which provides search, recognition, auto-tracking and destruction of targets.
Ctrl Enter
Noticed oshЫbku Highlight text and press. Ctrl + Enter
We are
The party of serial tanks T-90M "Breakthrough" sent to Moscow to participate in the paradeThe T-90M "Breakthrough" tank will be shown for the first time at the Victory Parade in Moscow
Military Reviewin Yandex News
Military Reviewin Google News
137 comments
Information
Dear reader, to leave comments on the publication, you must sign in.