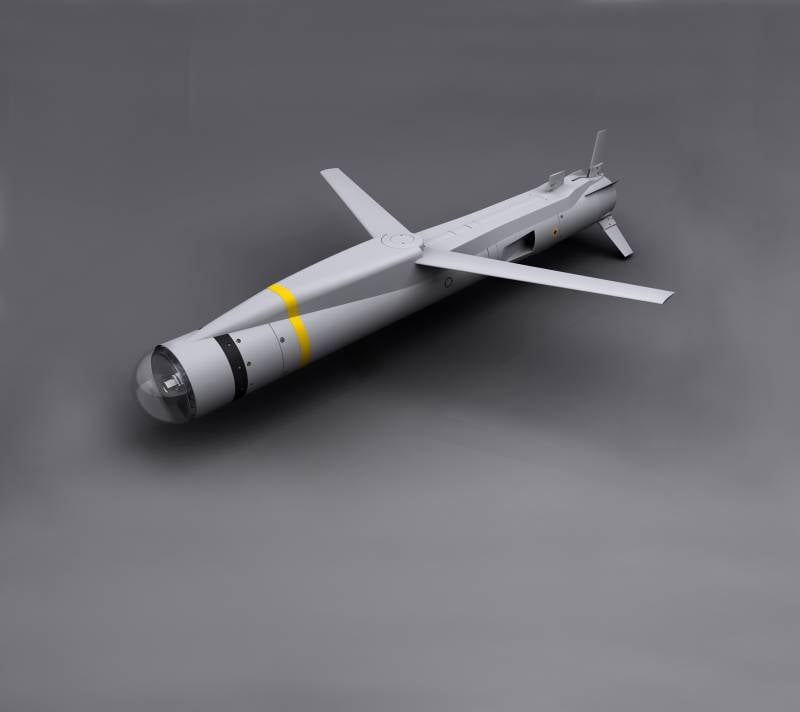 In early January, the British Defense Department awarded MBDA a contract to test a promising SPEAR 3 air-to-surface missile in its final version, designed for F-35 fighter-bombers. After such events, the missile is planned to be put into service and put into operation.

Part of a major program

The modern design of SPEAR 3 (also known as SPEAR Capability 3 or simply SPEAR) dates back to the mid-XNUMXs. During this period, the RAF launched a major research program called Selected Precision Effects at Range (SPEAR), which aimed to update the arsenals of combat aviation... It was planned to involve various organizations and companies in the work.

The SPEAR program was divided into five areas. The first, SPEAR Capability 1, included the upgrade of the Paveway IV guided bomb. The second project in the lineup offered an upgrade to the Brimstone rocket, and has thus far led to the Brimstone 2/3 projects. Direction SPEAR Cap. 3 provided for the creation of a new guided air-to-surface missile with a multi-mode homing head and a range of at least 100 km. SPEAR 4/5 topics covered the development and then replacement of Storm Shadow missiles. 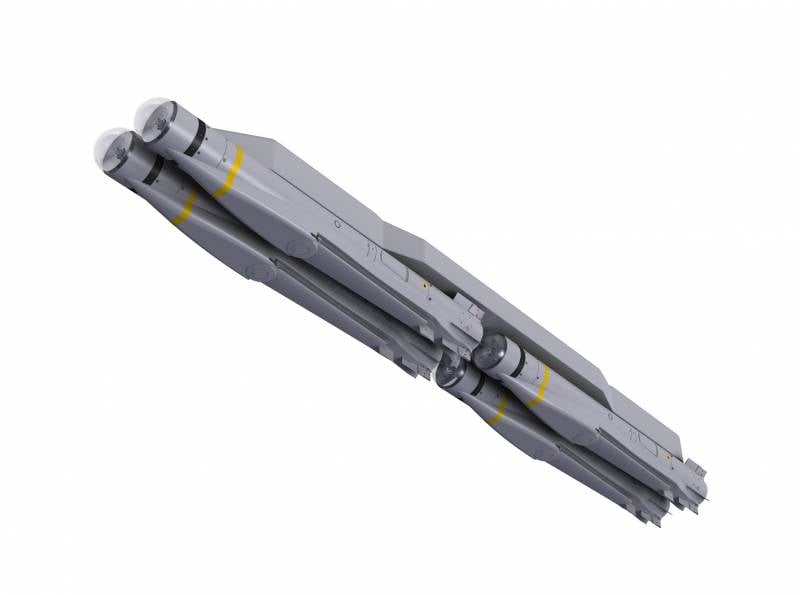 Launcher for four missiles
The SPEAR program was officially launched in 2005. Already in 2006, Lockheed Martin proposed an initiative project of a promising rocket that meets the SPEAR 3 requirements - but it has not been developed. New steps in this direction were taken later. In 2010, the Ministry of Defense and MBDA entered into several agreements on the development of various weapons. One of these was to be an air-to-surface missile meeting the SPEAR Cap requirements. 3.

The design of the SPEAR 3 product continued until 2015, after which the assembly of the missiles for testing began. The first test launch took place in March 2016. The serial fighter Eurofighter Typhoon was used as a carrier in these tests. Subsequently, MBDA and KVVS performed new test launches several times with various results.

In May 2016, the Ministry of Defense clarified its plans and issued a new contract to the contractor. The KVVS decided that the SPEAR 3 rocket should only be used with F-35B fighter-bombers. The MBDA company was instructed to finalize the rocket and integrate it into the armament complex of new aircraft. It took four years and £ 411 million to carry out such work. Later it became clear that other KVVS aircraft would not receive the new missile. 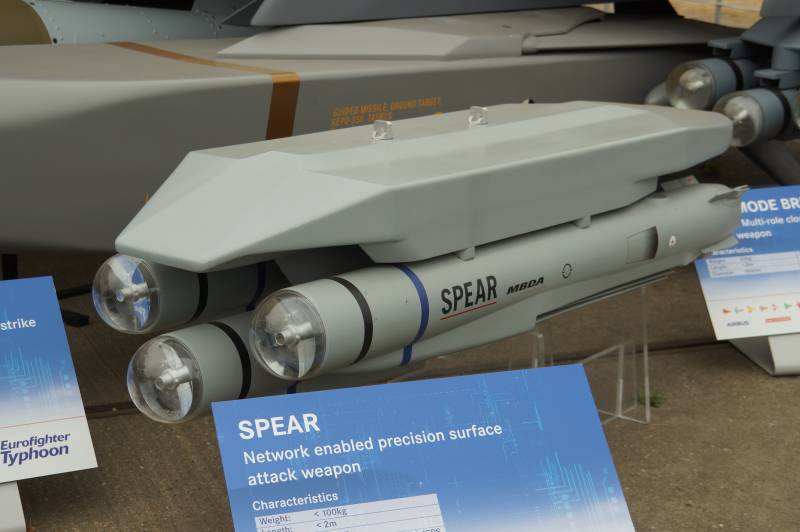 Installation on three products
In March 2019, the British side involved the aircraft developer, Lockheed Martin, in the work. In the coming years, a hardware and software update package was expected to enable the new rocket to be used.

Most of the work in this direction has been completed, resulting in a new contract. In early January, the Ministry of Defense ordered MBDA and subcontractors to test the SPEAR 3 rocket with a new carrier. The contract also determines the procedure for starting production and delivery of products of the first batches. The contract is designed for seven years, and its cost is 550 million pounds.

The MBDA SPEAR 3 missile in the proposed form is an aircraft weapon designed to engage a wide range of ground targets, stationary and mobile. In all the main characteristics, this product should surpass the serial Brimstone missile, incl. its modernized versions. 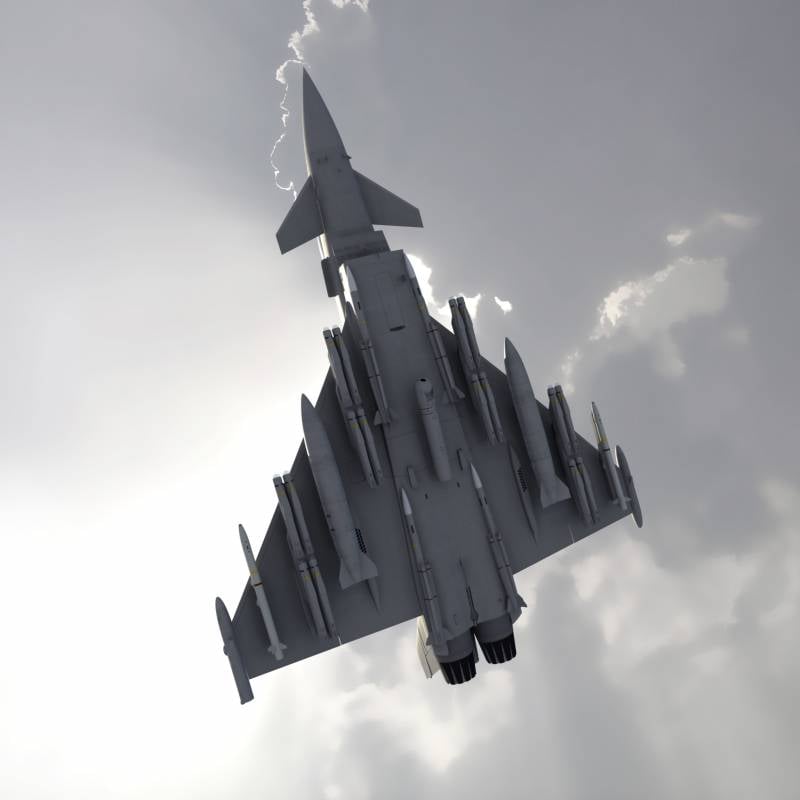 Rockets on the Typhoon fighter. Now he is not considered as their carrier.
The SPEAR 3 rocket is built in a cylindrical body approx. 1,8 m and a diameter of 180 mm. The head fairing is made transparent to ensure the operation of the combined seeker. Above there is a developed gargrot with attachment points for the folding wing. There are three rudders in the tail. The mass of the rocket is less than 100 kg.

An original seeker with infrared, radar and laser target search was developed especially for SPEAR 3. There are also inertial and satellite navigation for flight to the target area. The control system has means of two-way communication with the carrier and can operate in network structures. It is possible to use the missile according to the "fire-and-forget" scheme or with constant data exchange, incl. with in-flight retargeting and communication between multiple missiles.

In the central part of the missile body is a warhead called Intensive Munitions. The possibility of programming the fuse and several options for influencing the target are stated. Also, the developer talks about an increase in power in comparison with "conventional" high-explosive fragmentation warheads and a reduction in collateral damage. 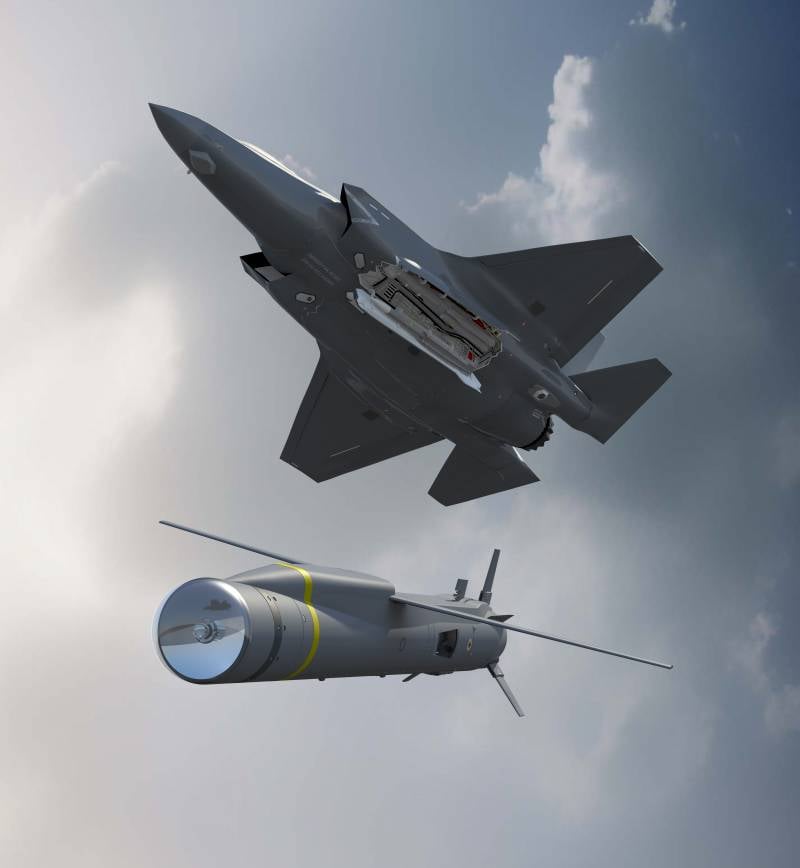 Missile drop from F-35B
The tail is equipped with a small-sized Whitney AeroPower TJ-150-3 turbojet engine. The air intakes are located on the sides of the hull and have no protruding parts. A high subsonic flight speed was declared, but the exact parameters were not named. The flight range exceeds 100-130 km. According to some estimates, it is possible to obtain a range of up to 140-150 km.

On the basis of the air-to-surface missile, other products can be created. So, the SPEAR-EW jamming rocket is proposed. Instead of a warhead and a regular seeker, it should carry a Britecloud electronic warfare station. Free volumes are given for an additional supply of fuel, which triples the flight range.

Also proposed is the SPEAR-Glide guided glide bomb. It will differ from the rocket in the absence of an engine and modified electronics. The saved volumes can be used to increase the warhead and the corresponding increase in power. 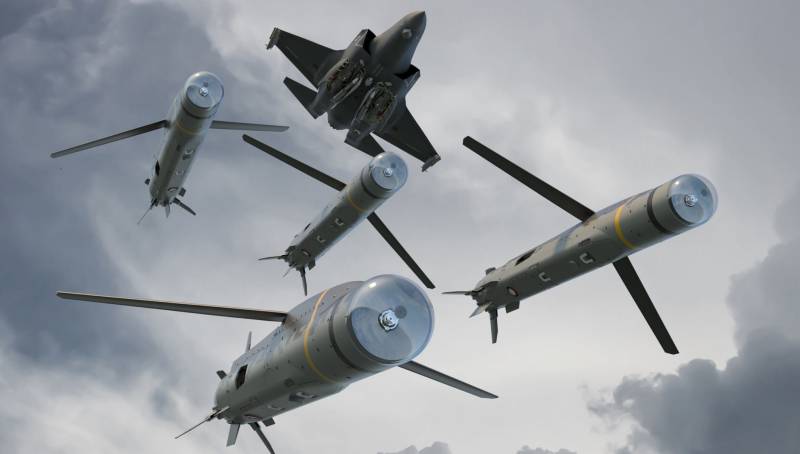 Advertising materials from MBDA featured a proposal to create a rocket for fleet... This version of the SPEAR should be launched from a universal vertical launcher and hit surface or coastal targets.

The prospects for new SPEAR 3 modifications are not yet fully clear. The KVVS are interested in the jamming missile, and in the future they may be interested in the guided bomb. Whether there will be an order to continue the development of the ship version is unknown. At the same time, firm agreements exist only for the basic air-to-surface missile.

During the first tests, the SPEAR 3 carrier was a Typhoon fighter, but they refused to fully operate missiles with such an aircraft. In the near future, it will only be used on F-35B fighters. Already this year, new tests are expected to start, which will show the compatibility of the rocket with its standard carrier. 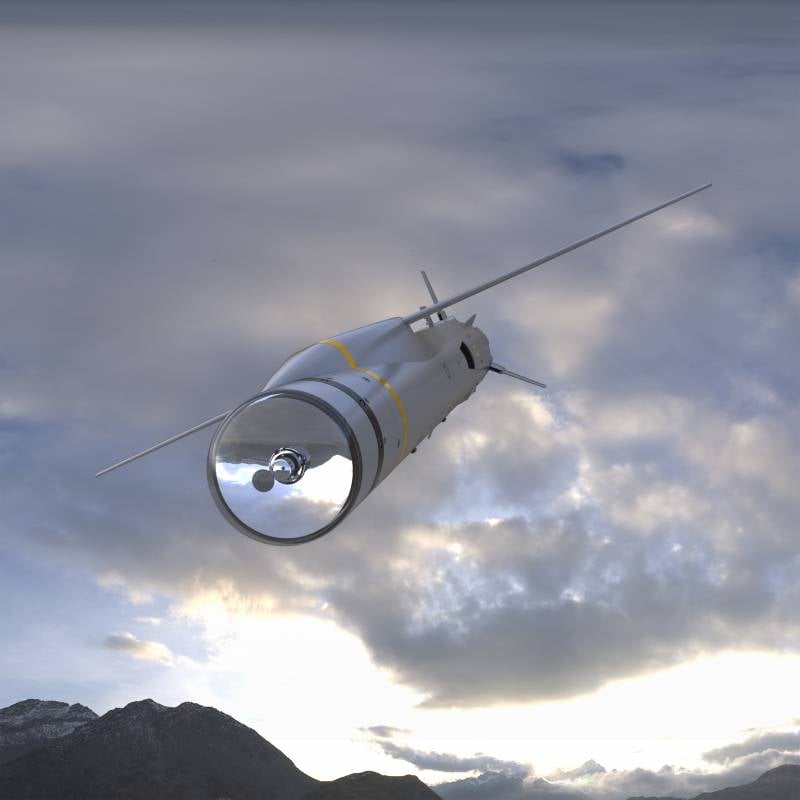 Over the next few years, it is planned to complete all the necessary measures and launch a full-fledged series, as a result of which the SPEAR 3 will become the standard armament of the British F-35B. It is curious that such aircraft enter into joint operation in the KVVS and KVMF. This means that the new missile will simultaneously hit two branches of the military.

Recently, it has been repeatedly mentioned that in the future the SPEAR 3 rocket will be able to enter the range of ammunition for the next generation Tempest fighter, and such predictions look plausible. By the time this aircraft appears, the SPEAR 3 rocket will have time to become one of the main - and newest - models in service with the KVVS.

However, so far all efforts are focused on integrating the existing missile into the armament complex of the existing aircraft. British and American specialists are involved in these works, and most of them have already been completed. Now it is necessary to conduct tests that will confirm the declared characteristics and capabilities - and launch new stages of rearmament.