Russia will withdraw from the Open Skies treaty 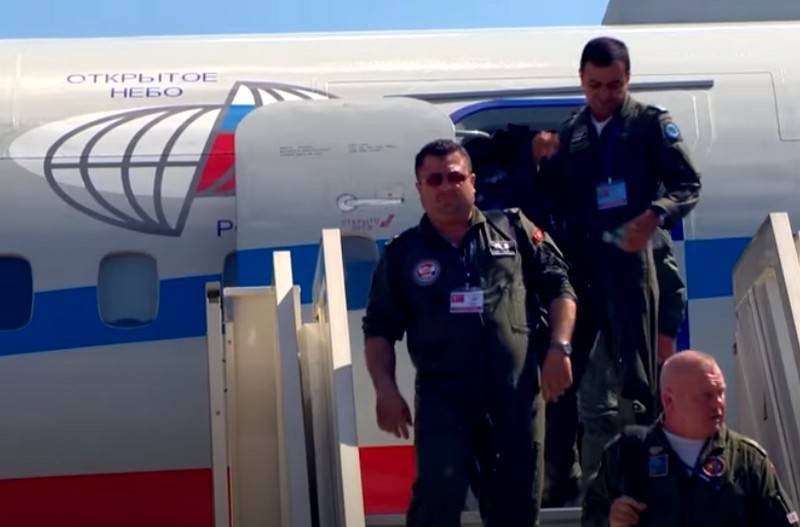 Russia will withdraw from the Open Skies Treaty after Europe refuses to give guarantees that the information received will not reach the United States. In the opinion of Russian experts, further participation of Russia in DON does not make sense.

It is simply unrealistic to somehow detach the Americans from this information. No guarantees, despite the fact that there is a special clause in the agreement that information is shared only with members of the agreement, does not work ... it's all in favor of the poor
- said the former head of the international treaty department of the Ministry of Defense, Lieutenant General Yevgeny Buzhinsky.

According to the Russian media, the decision to withdraw from the Don has already been made and will be announced in the near future. Russian President Vladimir Putin preliminarily consulted with all competent structures, after which he agreed with the decision.

According to information received by Moscow, the United States, having withdrawn from the treaty, forced the allies to sign an agreement on the transfer of data received by these countries during flights over Russia.
Ctrl Enter
Noticed oshЫbku Highlight text and press. Ctrl + Enter
We are
Reports from the militia of New Russia for 27-28 September 2014 of the yearDecember 2010 years. Russian March. Senseless and merciless? Notes not a Russian person
Military Reviewin Yandex News
Military Reviewin Google News
96 comments
Information
Dear reader, to leave comments on the publication, you must sign in.