"After ten years, MiG-LMFS will be left without clients": the West evaluated the progress of work on the new fighter 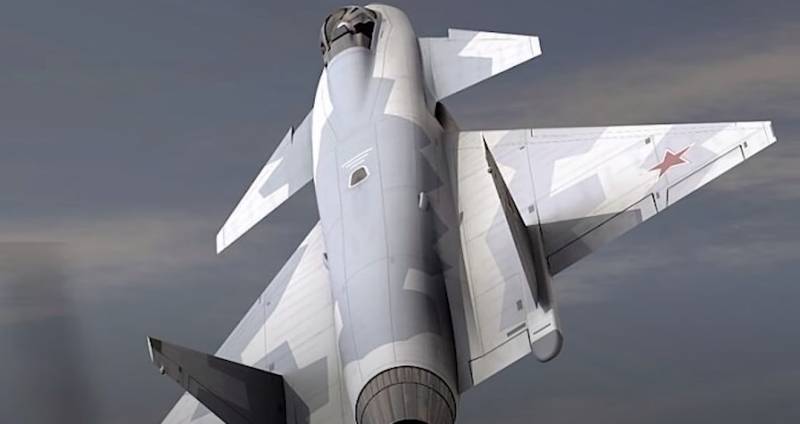 Over the past two decades, the Russian manufacturer of MiG fighters has entered a "steep dive" due to the commercial success of Sukhoi aircraft, caused by the widespread distribution of the Flanker family and the emergence of the fifth generation Su-57 and the S-70 Okhotnik strike drone.

View from the West at the MiG-LMFS

This opinion is expressed by the Italian edition of Defense Analysis, which tried to assess the prospects for the development of light MiG fighters. Apparently, under the auspices of Rostec, the corresponding work is being carried out. At the same time, a promising combat platform will be suitable for transformation into a drone.

According to the publication, the purpose of these works, which started in 2015, is to create a lighter type of fighter with one engine and low costs for its purchase and maintenance. In this case, the cost will be very different from the "Flankers", which will be beneficial to a wide range of foreign countries. The new aircraft received the designation LMFS (light multifunctional front-line aircraft).

A number of analysts believe that its creation is being carried out with an eye on the previously canceled MiG-1.44 project. fifth generation. In particular, Mikoyan's bureau sought to achieve "absorption" of radar waves thanks to an innovative experimental electromagnetic plasma that would be generated all around the fuselage.

The MiG-LMFS has a layout that is clearly borrowed from the MiG-1.44. With a takeoff weight of about 15 tons and dimensions almost similar to the MiG-35 (length 15,5 meters and a wingspan of about 11,5 meters), the MiG-LMFS will be able to carry up to 5 tons of combat load, including the promising medium-range X- 77M, which will be housed in one or two internal bays for increased stealth.

The creation of the LFMS multipurpose stealth fighter will allow MiG to compete for the world market at a time when it will need to replace the MiG-29, F-16 and Saab JAS 39 Gripen fighters.
- noted in the publication, which believes that after the abandonment of single-engine aircraft, Russia "has nothing more to offer those countries that have long been asking for light fighters equipped with one engine." In particular, recently the Vietnamese military leadership announced the search for a modern replacement for the MiG-21.

It is not yet known how long it will take to develop the new MiG. But waiting another 10 years for the deployment of LFMS production can mean the loss of future customers and the failure of the project, which has no chance of implementation.
- concludes the edition.