Field medicine of the Patriotic War of 1812 - who had it better? 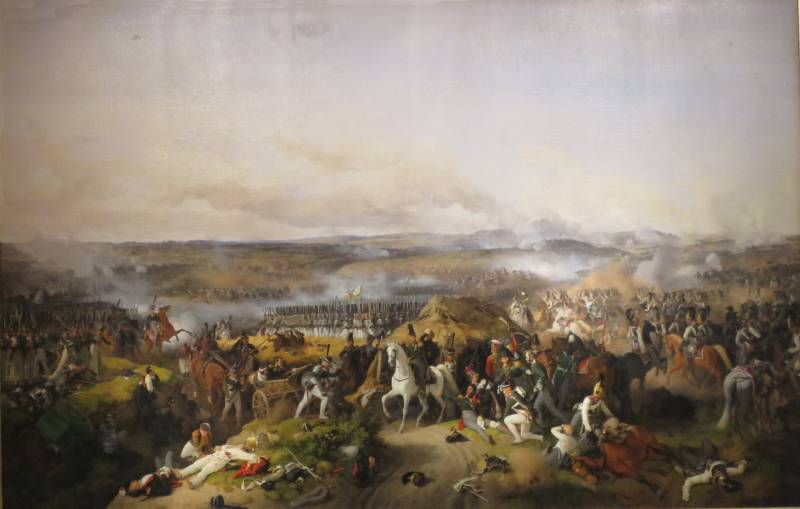 Napoleon's words "the army receives more harm from inexperienced surgeons than from enemy batteries" testifies to the fact that in the colossal army that the French emperor brought to conquer Russia, significant attention should have been paid to medical issues. And so it was. The French system for treating the wounded at that time was considered one of the most advanced in the world. Its origins were such prominent figures as Pierre-François Percy, who is credited with inventing a stretcher for evacuating the wounded from the battlefield, and Dominique LaRey, who was the chief surgeon of the Grand Army.


Thanks to the latter, at the end of the eighteenth century, the so-called "flying ambulances" were created in the French troops - highly mobile medical units, now considered the "forerunners" of not only the military medical, but also the civilian ambulance service. They were two-wheeled vans, the crew of which consisted of a doctor with two assistants and a nurse. This brigade could not only promptly deliver wounded soldiers and officers to the rear, but also carry out the necessary medical manipulations over them (up to simple surgical operations) on the spot.

In the Russian army, medicine as such appeared during the time of Peter the Great. Decisive steps to improve its quality were taken just before the start of World War II, when a medical department was first created in the management structure of the army in the field. This was done on the initiative of the then Minister of War, Mikhail Barclay de Tolly, and the new department was headed by Jacob Willie. In fact, the name of this outstanding man was James Wiley, since he was Scottish by birth. Nevertheless, he saved the lives of Russian soldiers - both personally, conducting operations under enemy fire, and by creating a system of military field medicine, not only not inferior to the French, but significantly superior to it.

Here, in fact, you can already proceed to the comparison. Thanks to the creation of a revolutionary for that time "drainage" system of medical support for troops, the rescue and treatment of the wounded was more organized and effective among the defenders of our Fatherland than among the invaders. Willie divided all the hospitals subordinate to him into delivery, mobile and main military-temporary. As you might guess, in the first, emergency care was provided, and in the second, surgical intervention and primary treatment were carried out. The soldiers were finally put on their feet already in institutions of the third type, located far from the front edge.

The vaunted French ambulance was designed to carry just one person. Russian infirmary carriages were four-wheeled and accommodated 6 wounded! No wonder the mortality rate among those who were wounded on the battlefield in our troops ranged from 7 to 17%, which at that time was a very low figure. An important difference was also the fact that the French military doctors were divided into surgeons and, in fact, doctors, who were much closer to paramedics in their qualifications. Russian military doctors, according to surviving historical data, had much better training and were "more versatile" their French colleagues.

A very characteristic fact speaks in favor of this conclusion: both the main military doctors - both Larey and Willie - were in the thick of battles during the war and operated directly on the battlefield. At the same time, Larey was proud of his ability to amputate an injured limb in 7 minutes. For Willie, on this terrible, but sometimes saving operation, it took only 4 minutes, which clearly indicates his higher qualifications.

By the way, about amputations ... Napoleon's army surgeons strove to chop off any damaged soldier's limb - up to a broken one. It was faster, easier and easier that way. They called it "active treatment." Our doctors were much more humane in this respect and adhered to the "conservative method". They did not completely take the broken arms and legs, but put them in splints, thus managing to heal even damage to the bones of the skull and return to normal life many wounded soldiers who became disabled in the French army.

An important point was the most powerful disease prevention system that was available in the Russian army. The epidemics that broke out during the wars of that time sometimes claimed many more lives than bullets, cannonballs and bayonets. It is known for certain - in the many thousands of losses of Napoleon's army, which were available at the beginning of the Battle of Borodino, the killed and wounded in battles accounted for a smaller part. Many more conquerors were killed by dysentery, typhoid and other ailments. Our army was much more successful in this respect.

Speaking about military field medicine in 1812, it should be remembered that its then state was, by today's standards, rudimentary. Antibiotics, any means of anesthesia and antiseptics, up to the disinfection of surgical instruments - all this was in the distant future. But what is there - before the gauze bandages, allowing wounds and injuries to "breathe" thought of not soon. The work of a doctor in the war of that time was not just hard labor in terms of its physical activity. From the point of view of modern people, he represented a stay in the epicenter of hell, consisting of horror, pain and incredible suffering, which the physician was often unable to alleviate.

About 700 Russian doctors, paramedics, medical students, who for the most part joined the army voluntarily, walked the paths of the Patriotic War, saving other people's lives and not sparing their own. Eternal glory to them!