Not an easy choice for the US Navy

January 18 2021
40
In connection with the change in the country's leadership, the US military, especially the naval, is very painful and apprehensive about tomorrow. The statements that appear in the press (and with censorship in the United States there is complete order, democracy after all), testify to this very clearly. 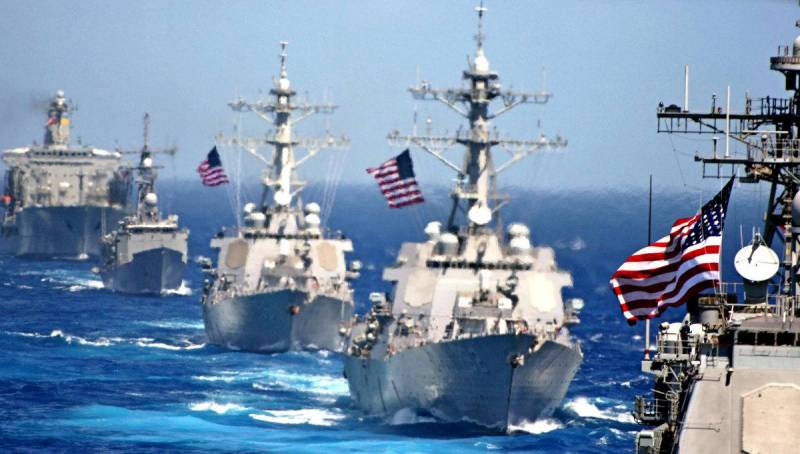 Admiral Mike Guilday stood out in particular. Chief of the Naval Operations Planning Department of the Operational Forces, among other things.

"I feel that if the fleet loses its head, if we go off course and get distracted from the things we need to focus on, I think we cannot recover in this century."

У fleet The United States has about the same problems as the Russian one: oddly enough, the Americans are also balancing between the need to remove old ships from the fleet and put new ones into operation.

And so the American admiral decided to sound the alarm, because from his point of view, if you continue to delay the construction and delivery of ships to the fleet and overspend the funds allocated for the construction of new ships, then the entire program of updating the US fleet may be in jeopardy.

New technologies are great, but before integrating them into the structures of ships, everything should be thoroughly checked and tested. Otherwise, new technologies will be expensive, but the damage from their flaws will be simply colossal.

It is clear what the admiral was hinting at, and one should agree with his opinion. But still, how similar are their problems to the problems that beset our fleet ...

Gildey pointed to the setbacks with the introduction of the newest ships. Freedom-class littoral ships, Ford-class aircraft carriers, Zamvolt-class destroyers - all of them are behind schedule, moreover, they are seriously behind, we are not talking about months. And how far they cannot meet the budget is generally a topic for another conversation. Unpleasant.

Admiral Gilday said in his speech that the time has come to separate the development of technologies and their implementation directly from the construction of ships. The main emphasis, in his opinion, should be placed on tests, multifaceted and diverse, and only then on the introduction of innovations on ships under construction.

Clever. Moreover, the program for the production of new Constellation-class frigates is on the way for the US Navy. And it is during the construction of these ships that such a principle of innovation will be applied, so as not to condemn new ships to endless repairs and improvements to new equipment.

It is reasonable, especially when you consider that the first ships of the project will have to go into operation in 2026.

Interestingly, Gilday made his report and statements immediately after the Navy released its 30-year shipbuilding plan and document on the future structure of the Navy. The main purpose of the publications can be considered to explain to US taxpayers the goals and objectives of the modernization of the American Navy for a fairly long period.

Again, it is logical, because it is scary to imagine how much money can be "mastered" in 30 years.

Well, the plans, by the way, are quite aggressive. Dismantling of "experimental coastal combat hulls, obsolete cruisers that the Navy has been trying to retire for years and older dock landing craft (LSD)."

It is worth translating. The first four Freedom's are being scrapped. 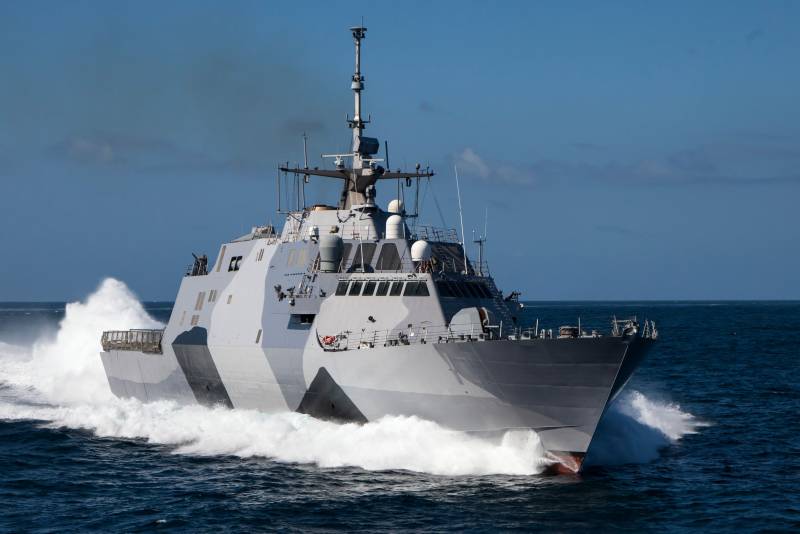 Behind them are the oldest Ticonderogs. Well, with landing ships-docks, everything is clear for a long time. 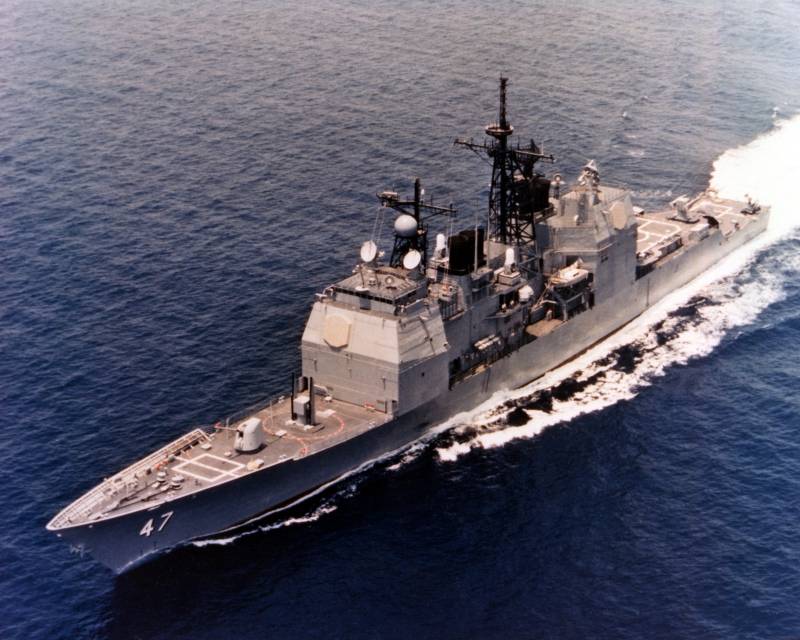 Plus, the plan is to condemn the coastal stations "Aegis-ashore". Not in the sense to disassemble, like old ships, but to transfer to the jurisdiction of the coastal forces. Let the ground forces deal with missile defense, and the sailors can focus on their main tasks at sea.

Currently, the US Navy operates one Aegis onshore system in Romania and another is under construction in Poland. Japan was supposed to buy two systems, but canceled the deal last year.

In general, tomorrow the US Navy should look like a solution to the main tasks of the fleet, and not related structures, such as radar stations in Romania.

“If that doesn't get us where we can better control all the seas and project power into the areas of the ocean we need, we have to wonder why we are making this investment.

Needless to say, this plan is more than a serious declaration of the intentions of the American command to put the fleet in order? 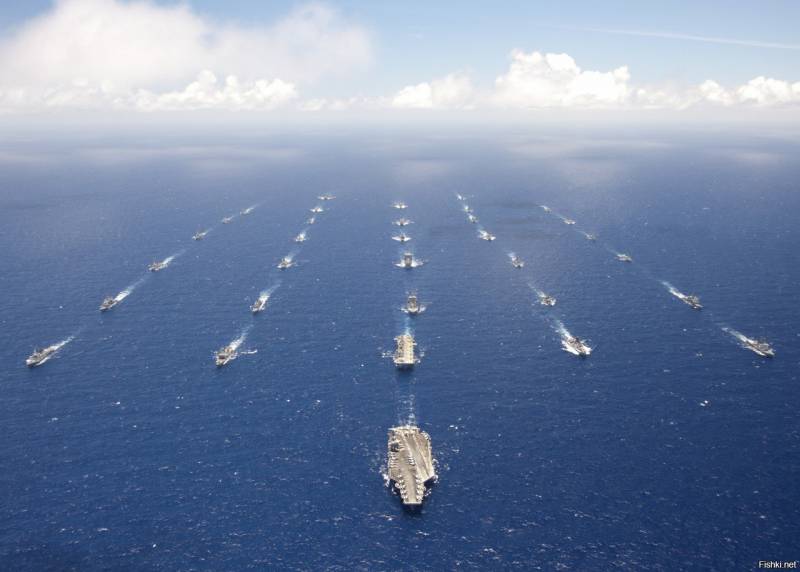 But that's not all news.

After years of debate, the Navy and Marine Corps are preparing to seriously consider a program to deploy long-range anti-ship missiles aboard landing craft, which are expected to play a large role in challenging Chinese claims in the Pacific.

For the first time, it was clearly stated that the arms development program would be directed specifically against the PRC, or rather, the development of the Chinese presence in the APR.

Placing a sea-launched strike missile on these small plateaus would be in line with the desire to add more capabilities to the American navy as “China and Russia are pushing their own weapon long-range at sea ”.

Well, yes, it is worth agreeing, since the growth rates of the Chinese fleet are discouraging, and the Russian fleet has really begun to indicate its presence in the APR, since this is a zone of our interests, in the area of ​​our territorial waters.

Expeditionary Fleet Commander Tracy King took over the loud announcements. In his opinion, at the disposal of the ILC and the expeditionary fleet are very successful landing ships LPD 17, which, unfortunately, do not have enough striking power to protect against possible enemy opposition. 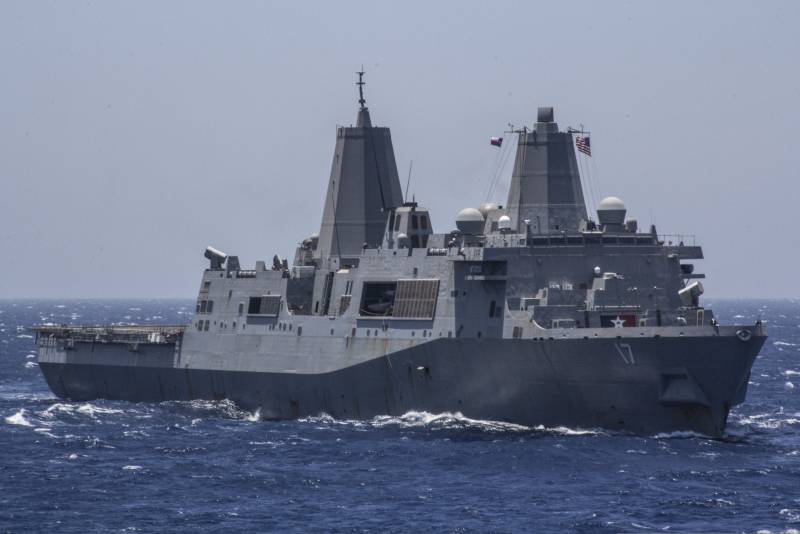 Tracy advocates equipping amphibious ships with anti-ship missiles, not to make LPDs become strike platforms, but in order to increase the real survival of ships in the face of confrontation with other fleets.

The new naval strike missile, which is the result of the Raytheon-Kongsberg partnership, is planned for installation on littorals, that is, coastal warships and on a new Constellation-class missile frigate.

Missile strike weapons have long been a dream of the United States Marine Corps. More precisely, the creation of highly mobile installations of the type of Russian "Balls" so that the ILC could fire long-range anti-ship missiles from land-based land vehicles. This would add more strike capability to the fleet, which supports all Marine Corps operations. 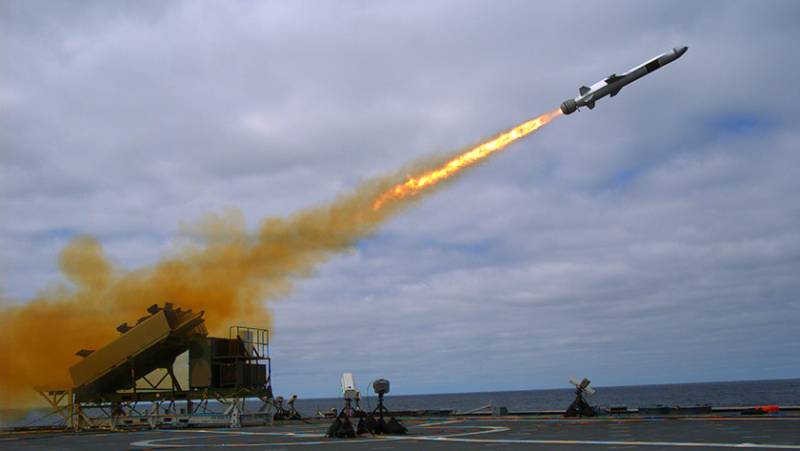 Raytheon received $ 48 million last year to integrate an NSM (Naval Strike Missile) missile into the Marine Corps. Throughout the year, work was underway to explore the possibilities, along with the Naval Strike Missile, Corps experts reviewed the new Lockheed Martin long-range anti-ship missile and the upgraded Boeing Harpoon.

However, the studies are not finished, they are still ongoing.

The ILC is seriously considering the option in which amphibious operations can be carried out without classical support from aircraft carriers, especially the new generation, since the development of the F-35 has been delayed. And more powerful missile weapons "will allow amphibians to move to places like the South China Sea and North Atlantic with better protection."

We recall how the admiral of the fleet spoke above about the need to disable the old Ticonderogs. Removing even half of the 22 cruisers would instantly deprive the US Navy of hundreds of Tomahawk launchers.

Of course, the use of landing ships in the North Atlantic (read - near our waters) looks more than doubtful, but in the South China Sea it is quite. So, partial compensation for losses from the decommissioning of old cruisers is, of course, possible, but it looks like an act of despair.

Forgive me, but the floating landing stage with the Kalibr launcher in the middle of Lake Pskov looked much more impressive before the liquidation of the INF Treaty than a landing ship trying to portray something like that in the Spitsbergen area, for example.

Somehow this does not fit into the plans announced by Admiral Gilley. Growth of the fleet budget by 4% per year, 355 warships by 2040 ... And landing barges with anti-ship missiles. In the North Atlantic.

But you still have to do something. There are many more holes in the structure of the US Navy than at first glance.

The chairman of the Joint Chiefs of Staff, General Mark Milli, known for his harsh and unexpected remarks in the style of the late McCain, said he was willing to pressure other services to pull out of funding, but to ensure the navy received the money it needed to grow.

“This is a very, very difficult process that we have to go through. It will be ruthless. There will be a lot of bloodletting (in dollars - approx) and a lot more will be thrown. We will have to do this in the coming years, there is no doubt about that. "

When such high-ranking gentlemen say this, you begin to doubt that in the country of the Large Printing Press it is possible to solve all problems in the way they sometimes try to inspire us.

Yes, the Trump administration did its part by drafting and issuing a $ 759 billion defense budget for 2022. And many programs have been cut, especially those involving operations far outside the United States.

The Navy will receive "only" about $ 167 billion of this amount to design and build more than 100 new ships, both conventional and unmanned. This also includes overhaul of nuclear aircraft carriers.

Overall, the cut in external operations costs will help pay for 82 ships and 21 unmanned vessels that the US Navy is currently planning to buy. The increase in appropriations for the construction of ships is indeed taking place. In 2022, $ 27 billion will be spent on shipbuilding, and by 2026 the figure will reach $ 33 billion.

However, there is one interesting point here that can make a difference. Biden's team may have a vision for the defense budget, which it is expected to unveil in April.

Given the very attitude of the new US president to foreign policy issues, it is entirely possible that the defense budget could be significantly revised.

Looking forward to April, this month can bring a lot of news and surprises.